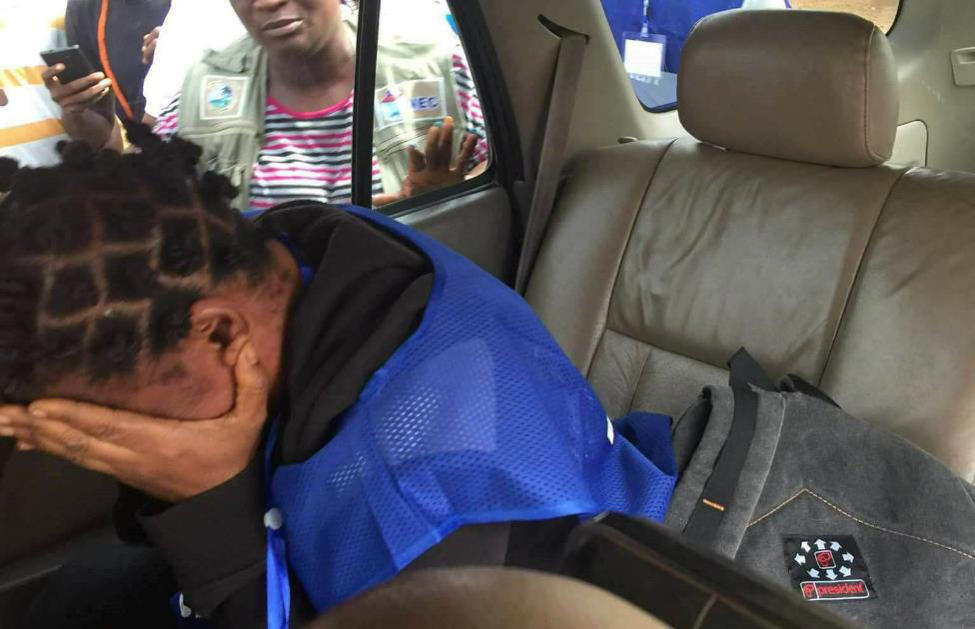 MONROVIA, Montserrado – With less than two hours of voting time remaining in the runoff presidential election, two cases of electoral fraud have been reported in Montserrado.

At midday, there were widespread reports on social media claiming the arrest of a staff of the National Elections Commission in Montserrado’s fourth district carrying pre-marked ballot papers in favor of the Coalition for Democratic Change candidate, George Weah.

NEC’s Executive Director Lamin Lighe confirmed that the commission received information but was investigating the matter to gather the facts.

Lighe said authorities of the commission were in communication with supervisors at different levels to fact-check the information.

“Once we get the facts, we will come up with it,” he said.

He at the same time referred The Bush Chicken to its official Facebook page for information on current developments.

The commission cautioned the public against misinformation, noting that it will address concerns brought to its attention only after proper and thorough investigations.

“Misinformation spreads faster because it is not verified or checked. The truth and facts take time to be verified,” NEC wrote through its Facebook channel.

“Let it claim the attention of the international community that voters have been given pre-marked ballot. On the ballot, candidate 2 is already marked and this done by NEC poll workers,” Ali wrote.

He called on those encountering the situation to file immediate complaints and request new ballot papers.

“If possible, document this, photographing the pre-marked ballot,” he added.

The NEC presiding officer assigned to the center refused to speak to The Bush Chicken regarding the incident, but Unity Party poll watcher Frederick Tulay confirmed that the incident took place.

In an official response, NEC described Ali’s claim as “false and malicious.”

NEC said the ballot issuer, in an attempt to stamp the ballot, touched the ink of the ballot paper in question by mistake, leaving a mark indicating a vote.

“The ballot paper was displayed to all present, marked spoiled and placed in the specified envelope,” the elections commission wrote.

The information being distributed on social media suggested that a female NEC staff who was arrested was also involved in the issue of pre-marked ballots reported at the Monrovia Vocational Training Center. The Bush Chicken can confirm that the two incidents are separate but it is still unclear why the female NEC staff was arrested or at which polling center she was stationed.