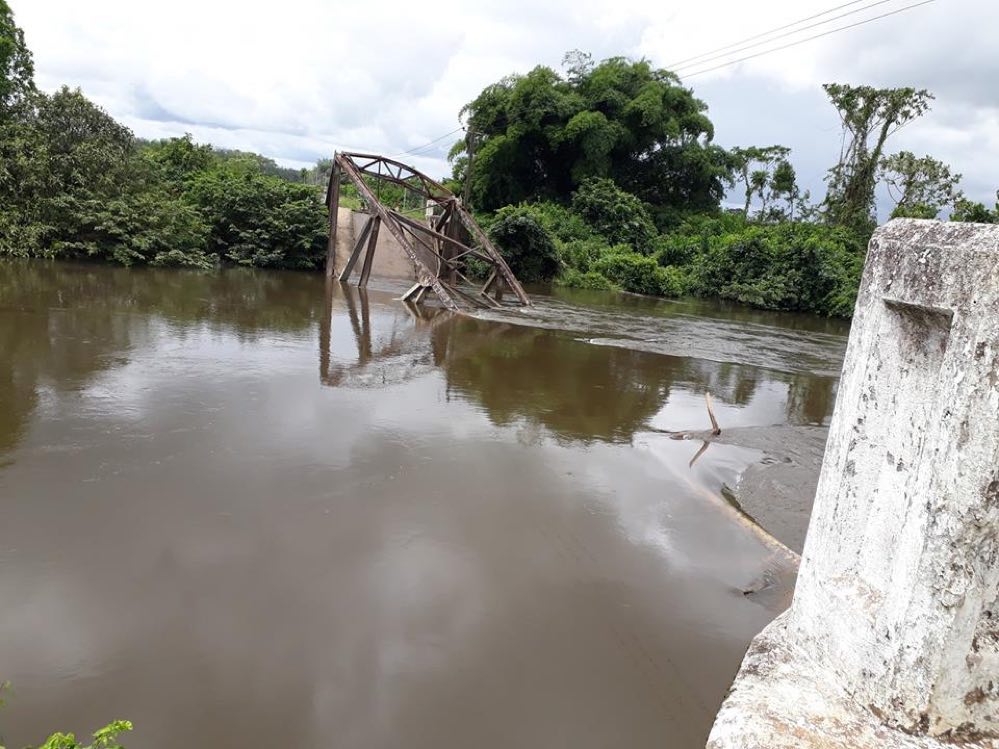 HARBEL, Margibi – Since the Du River Bridge collapsed in June last year, movement along the 15 Gate to Harbel route has been more difficult and capital intensive for the hundreds of people who commute daily to the Firestone Duside Hospital.

Commuters now have two options: they can make their way through Division One via a motorcycle taxi at a cost of L$300 (US$1.95) or take the riskier option of crossing the original route via a canoe that regularly costs L$70 (US$0.45) per person.

Anthony Mulbah, a father of three children, is one of those transporting commuters across the river. He said he abandoned his regular hustle of fishing on the Du River to provide a lower cost transport service. Commuters are carried in a canoe. Photo: Emmanuel Degleh

“We had a small canoe here that we used for fishing, but when the bridge collapsed, we were using [it] to cross people, which was not conducive – that’s how we decided to change it to the one we are using now,” he said.

According to Mulbah, he bought the canoe for L$50,000 (US$325). He now transports about 40-50 persons on daily basis. However, Mulbah said he is not particularly involved in the business for profit making, but because he understands the constraints travelers go through every day, which he why he charges only L$20 (US$0.13) per person. His canoe can take 10 passengers each trip.

Clifford Wloglo, a government prosecutor assigned at the Bondiway Magisterial Court who is also regular commuter along the route, said he wants the government to nudge the rubber plantation company, Firestone, into rehabilitating the collapse bridge.

“I think the government needs to come in and compel Firestone to see reason to fix the bridge,” Wloglo said. “It’s very worrisome traveling along this route, but we got no option.”

A supplementary teacher at the government-run Bondiway Public School, Janneh Kanneh, says her miniscule salary of L$9,000 (US$58.44) and the need to be at the school for five days a week means she can only afford to travel via the canoe, which she views as a more dangerous path.

“It’s very much risky crossing on canoe every day – because my salary cannot afford to pass the other way, so I have to take the risk,” she said.

In response to an email, Firestone says it is working in collaboration with the government for a plan to rehabilitate the Du River Bridge to reenable the free flow of traffic along that route.

The bridge collapsed last year after a truck transporting rocks for the rehabilitation of the Roberts International Airport was traveling along the route. Weeks after the bridge’s collapse, Firestone had issued a press release saying it was working with the government to address the situation. More than a year later, nothing appears to have been done.

Sharing
Tags Firestone, Ministry of Public Works
Contributions to The Bush Chicken are not tax deductible.