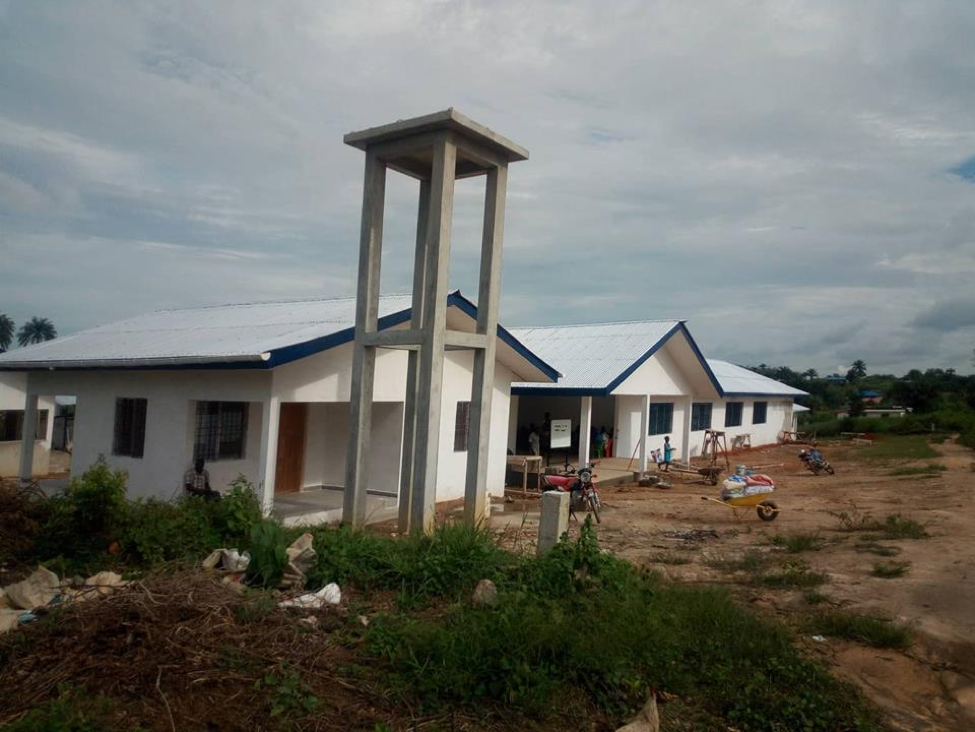 GWEETA, Bong – Parents and kids of Gweeta, a suburb community of Gbarnga, are not holding back their excitement over the construction of what is the most advanced early childhood education center in the community.

The Garden School is at the moment complete; the first set of 20 three-year-olds has enrolled as of 15th October.

Gweeta is a fairly new community with no trace of social facilities such as schools, roads, and playgrounds. One community member estimated the community’s population at “approximately 1,500 to 2,000 persons.”

Some parents and kids at an Informational Open House at the Garden School. Photo: Moses Bailey.

Vickers said the donors were motivated to sponsor the initiative following a training the U.S.-based group called the Friends of Liberia conducted for Liberian educators in early childhood education.

“The principal and teacher who will start the school year were trained by Friends of Liberia’s Liberian Education Assistance Project from 1998 to 2013 in early childhood methodology and also by the Early Childhood Bureau of the Ministry of Education in ECD methods,” Vickers told The Bush Chicken.

During a recent informational open house on the campus with parents, the principal, Nowai Kapu, termed the construction of the school in Gweeta as a “miracle.” “This is a miracle that worked in the life of Liberians,” Kapu said. “I want this miracle to be passed on to the little ones. We should know how to hold this school with care.”

She extended gratitude to the funders of the project for considering Gweeta as a community to benefit from their benevolence.

Yatta Nrotoe, a teacher at the school, stressed the importance of early childhood education for any given society. “If you don’t send your children, we will not be here. The school is for the community. Please encourage the children and bring them to school,” Nrotoe told parents.

Unlike many early childhood education schools in Liberia, where average classroom sizes are 46.6 (and 64.4 students per classrooms in public schools), the Garden School is only enrolling 20 students in its first year. A further 20 students will be enrolled in each subsequent year.

Peter Gweh, a parent and resident of the community, hailed the donors and all those supporting the project. “As community members, we will play our part in taking good care of the school,” Gweh said.

The school will provide breakfast and lunch for the students daily, while parents will be required to volunteer one hour a week to help clean the campus throughout the school year.