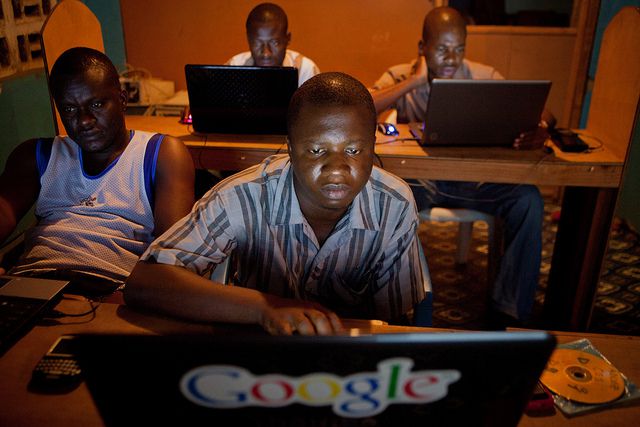 In post-conflict Liberia, youth employment is extremely vital to the economic and social development of the nation. It is important that the youth be working, starting businesses and gaining the skills and education required to participate in this era of post-conflict reconstruction.

According to the International Labor Organization (ILO), African youth in future decades will be the driving force for economic prosperity if the right policies and programs are implemented to create employment opportunities for them.

According to Liberia’s Labor Force Survey, 1.1 million Liberians (a quarter of the population) are counted as employed in Liberia. However, there are only 195,000 paid employment positions. The other 850,000, which consist primarily of the youth population, are considered vulnerably employed, meaning they are self-employed mostly in the informal economy on unsustainable jobs. They have little to no benefits, unassured salary and pension, or work for a family member without pay.

Youths that are vulnerably employed or employed in the informal sector face the most economic challenges among the ‘employed’.

Being self-employed on an unreliable job or employed without pay by a family member does not provide real opportunities for youth to develop themselves and participate in the economic development of the nation. Vulnerable employment leaves thousands struggling daily to make ends meet.

Thousands of youth who have resorted to starting and working odd jobs to earn a living make the biggest share of the 60 percent Liberians living under US $1 a day. Most cannot sustain themselves or provide for their families. In addition, they cannot consistently participate in the purchasing of goods and services in the economy.

The high unemployment rate has had a direct impact on the social and economic development of the youth. Many are stagnant and have little opportunity for upward mobility.

The 24-year old unemployed Adolphus Tarweh, from Chugbar, Old Road, was asked what it was like being unemployed since obtaining his bachelor’s degree. He answered, “I can’t afford my own place. Right now, I can’t get married and have children; I have no way to take care of a family. Every day is ‘hand to mouth’ for me, with no job or [a] steady income. I cannot even participate productively in this society.”

“Liberia is in a state of emergency,” said George R., a young commercial motorcycle driver. When asked why, he added, “There are no jobs here in Liberia for people (unskilled workers) like me. Every day is a struggle just for me to feed my family and myself. I have nothing and own nothing… I can’t even send my children to school. My only livelihood comes from riding this bike over 12 hours a day, and I never make enough money.”

Another youth, Vivian Morris, stated,“I don’t even want a job. I want to start my own business, but I am still struggling to find the money to complete school… to get a loan from the bank with no property, no job and barely any money to my name is hard.” She added, “Even if I am able to meet the requirements for a small loan, the interest rate is too high for me. My business will suffer.”

Many young men and women expressed sentiments similar to those of Morris, Tarweh and George R. Nonetheless, the youth are optimistic. Many are available to work immediately if the opportunity manifests. They remain hopeful that an opportunity for employment will open up within one of the many corporations coming to do business in Liberia. However, many remain frustrated with what the lack of meaningful job prospects.

The Cause of the Problem

The high youth unemployment rate cannot be attributed to a single circumstance. Although the war worsened many societal issues, a relatively high rate of youth unemployment existed prior to the conflict. The following factors may collectively explain the unemployment phenomenon among the youth:

The International Labor Organization reports that more than half of the Liberian workforce has never attended primary school, and only 15 percent of the workforce has completed secondary education. It is estimated that 58 percent of Liberia’s population of 15 years and older are illiterate. This is significant because this illiteracy rate disqualifies thousands of youth from the few salaried positions that are available in the banking, private and public sector.

A survey completed by UNESCO states that only 8 percent of Liberia’s population graduates with a bachelor degree yearly, although the figure might be lower by government officials’ estimate.

Thousands of skilled workers were killed during Liberia’s civil wars while others fled the country and created permanent homes abroad. The loss of engineers, electricians, doctors, pharmacists, agriculturalists, geologists and more resulted in losing a population that was instrumental in providing training to vocational institutions and skill building programs. Today foreign employed persons occupy 25 percent of the workforce due to this absence of skilled labor. Most businesses prefer to employ skilled workers from Liberia, but there is a severe shortage. Approximately 80 percent of the workers in Liberia fill unskilled jobs. Furthermore, most of the jobs available to the youth are unskilled jobs. An ILO study found that the current skill gap is hindering overall development in Liberia.

The presence of Multinational Enterprises (MNEs, like Arcelor Mittal, China Union, BHP Billiton and IB Bank) in Liberia are a promising source for jobs for hundreds of thousands of youth. These corporations generate thousands of jobs annually, but these jobs are unavailable to unskilled and semi-skilled workers.

Liberia is at risk of returning to political instability if the trend of high unemployment, high illiteracy, and poverty prevalence continues to grow.

While the issue is still manageable, the government has to be strategic and consistent in developing innovative policies and programs, in creating sustainable employment opportunities. As more children become older, the overall youth population will increase exponentially. If the issue is not addressed in the near future, it will eventually overwhelm the government’s capacity and resources to address the high unemployment rate adequately.

The change in definition of unemployment to include those considered vulnerable employed recognizes youth outside of the formal economic structures working to earn a living, but it does not provide them with a viable solution for sustainable employment.

According to the World Bank, the manufacturing and agriculture sectors offer an opportunity for creating thousands of jobs for Liberian youth, even those with little education and core competencies.

The government should work with various banks to create an affordable lending programs for young people in the informal sector who are making strides to starting sustainable businesses.

Youth participation in Liberia’s economy is not optional. It is essential for long-term economic growth. Investing in education, providing youth with relevant vocational training, and creating opportunities for sustainable job creation are all necessary steps to economically empowering the youth.