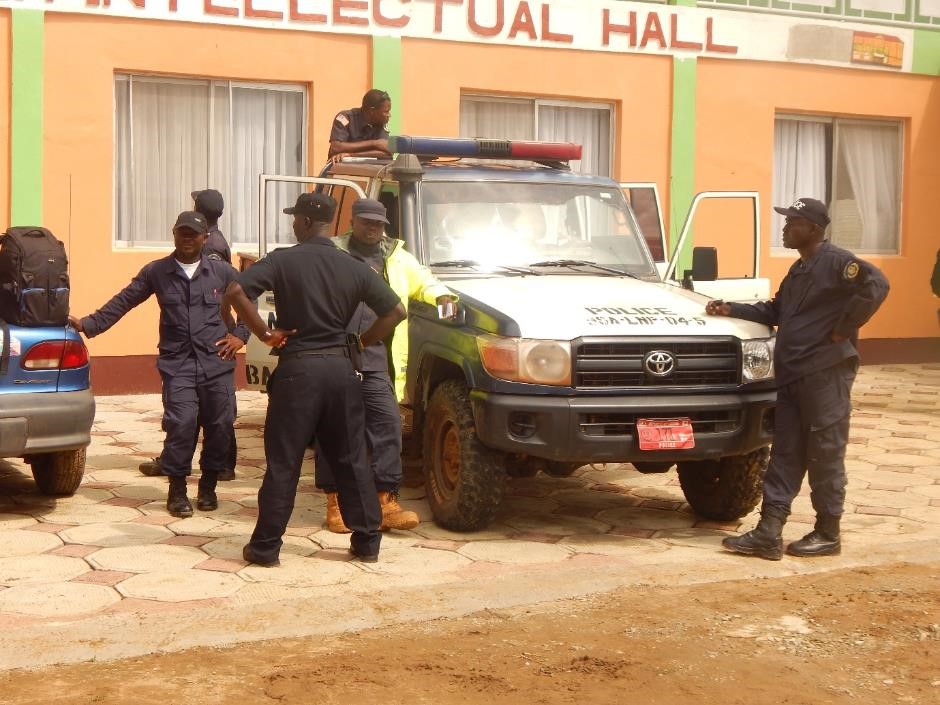 GANTA, Nimba – On Wednesday, September 20, 2017, partisans of Liberty Party and the Coalition for Democratic Change were involved in a violent confrontation for more than three hours in Nimba’s political capital, Sanniquellie.

The general police commander for Nimba, Col. Augustine Leo Warri, told The Bush Chicken that the conflict led to injuries of two people.

Warri said the confrontation had occurred because of a lapse in properly coordinating the campaigning schedules of the two parties. Liberia’s election laws require that no two political parties be allowed to hold campaign-related activities at the same place at the same time.

As such, parties are required to submit requests to the office of the elections magistrate for the region where the campaign activity is expected to take place. Warri said that Liberty Party’s request had been approved and “from our own security preparations, [we] were prepared for Liberty Party.” However, CDC submitted a request for the same day. But the magistrate, who was not aware of Liberty Party’s request to campaign in Sanniquellie, had verbally agreed for CDC to hold its event in the city.

Early on Wednesday morning, Warri said he drove to the office of Preston Monmia, the magistrate for Upper Nimba, after the elections official had called him to report “issues regarding campaign and security matters.”

The meeting was convened between Liberty Party and CDC representatives and attempted to resolve the issue to ensure that there were no conflicts. Warri said all parties agreed that CDC would pass through and head for the town of Zolowee, which they said was their designated destination for the day’s campaign activities.

Warri said the understanding at the meeting was that CDC partisans could pass through the city, although they were allowed to make a brief stop for their standard bearer George Weah to greet supporters. The brief stop was not clearly defined in terms of the specific time period allowed and the police commander later conceded that even such arrangement should not have been made.

“This raised the concern of the Liberty Party people who agreed that CDC should pass through and do nothing concerning campaigning,” Warri said.

After having been disrupted by CDC partisans, Liberty Party supporters used their party vehicles to block off the section of the main street near their headquarters. A second group of CDC supporters was coming through the city, traveling along with their standard bearer, Weah.

Warri explained that the situation got out of control when CDC partisans decided not to use the previously agreed upon detour. Instead, they decided to force their way through the main street, which was already blocked by Liberty Party vehicles on two sides.

“They [CDC] forced the cars off the streets to pass,” Warri said. “One of the vehicles, they pushed off and the other, they forcibly took the keys from the driver and drove the car off the street to give themselves way.”

Warri said one of the two persons injured was the driver from whom the vehicle’s key was forcefully taken.  He was taken to the G. W. Harley Hospital for treatment. The police commander said he saw a bayonet in the crowd and he presumed it had been used on the injured driver.

Contrary to what was reported by others on the scene, Warri said neither he nor other police officers on the scene saw any firearms. No arrests were made and Warri said the investigation into the violence is still being conducted. The findings are expected to be released to the public through an official press statement very soon.

The conflict is worrisome because the police were on the scene the entire time, but Warri said they were outmatched by the belligerent parties and could not control the situation.

A previous Bush Chicken request to The Liberia National Police to disclose the number of police officers stationed in each county for the elections failed to yield any information. Police spokesperson Sam Collins said the information was sensitive and would compromise security.