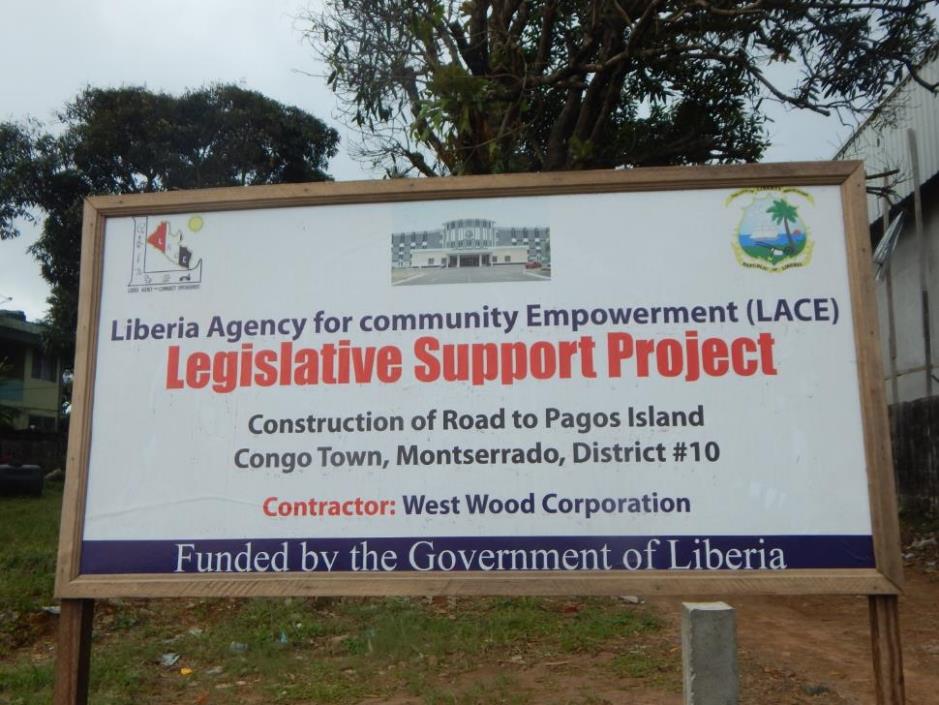 The decision was reached during a town hall meeting at the Gompa City Corporation office in Ganta over the weekend.

The funds are part of the $70,000 provided to each electoral district as part of the Legislative Support Projects. Under this scheme, representatives are given the opportunity to earmark specific projects for their districts. The projects and the associated funds are then managed by the Liberia Agency for Community Empowerment.

Speaking to reporters after the meeting, Koung said residents had initially proposed a variety of projects, from building culverts to constructing a new city hall.

Due to the surplus of suggestions, Koung said he and the elders’ council decided to hold a closed-door meeting to further discuss the issue. There, access to clean water was given top priority due to the fact that the fund in question could not cover other projects suggested.

Koung had earlier earmarked the fencing of the J.W. Pearson High School campus for this year’s project but he said the US$150,000 estimated for the project was too much.

He added that the Liberia Agency for Community Empowerment, which administers the Legislative Support Projects, had also estimated the cost of digging a well to be at US$3,500.

“We have over 20 communities in Ganta. The US$70,000, if we divide it by US$3,500, this will cover about 20 communities,” Koung explained how he arrived at the decision. “We will do this first, and look for money to do the rest of the other communities. Last year’s earmarked funds went towards the construction of a US$68,000 market hall in the LPRC community.

The Legislative Support Projects was introduced in 2013 by House Speaker Alex Tyler to help fast track development in the counties, especially since the County Development Funds were notorious for bureaucracy.