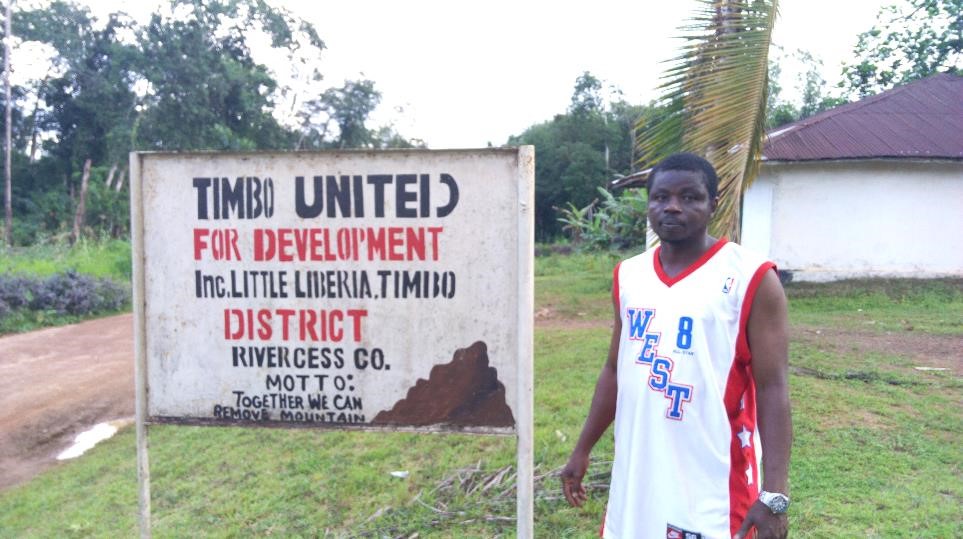 LITTLE LIBERIA, River Cess – Timbo United for Development, a community organization in a small town in River Cess, has started cassava farming to improve the living standards of inhabitants of their community.

The organization is based in Little Liberia, a town of approximately 250 persons in southwestern River Cess, about five miles away from the River Cess capital of Cestos.

Ben L. Williams, the group’s chairman, told The Bush Chicken that the continual increase in the price of rice in the county was what motivated his organization to embark on cassava farming.

“Well, when we saw that the price of rice was going up every day, we as a [community-based organization] decided to engage in cassava farming,” Williams said. “The first year, we cultivated two acres of farm land and that gave us a good harvest.” Williams noted that proceeds from the first harvest were used to purchase materials for this year’s project.

“Last year, when we harvested the cassava, we got a little over L$30,000 [US$315.29 in 2016] from the sale excluding the one we consumed ourselves,” Williams said. “The money is what we are now using to buy the tools we are working with.”

Williams said the membership of the group has grown from 12 initially to 25. Additionally, the project is being extended to other communities.

“We have three acres of cassava here in Little Liberia, almost ready for harvest, and another two acres in Sengbloh Town, about five kilometers from the main road,” he said. Although the group has achieved moderate success, Williams said they still face some challenges, including the lack of knowledge and equipment for preserving the cassava for a longer period of time.

“We don’t have the idea to keep the cassava for long time after we harvest them, and sometimes due to the road conditions, they get spoiled,” he said. “At least if we had cassava processing machine, that [would] help us.”