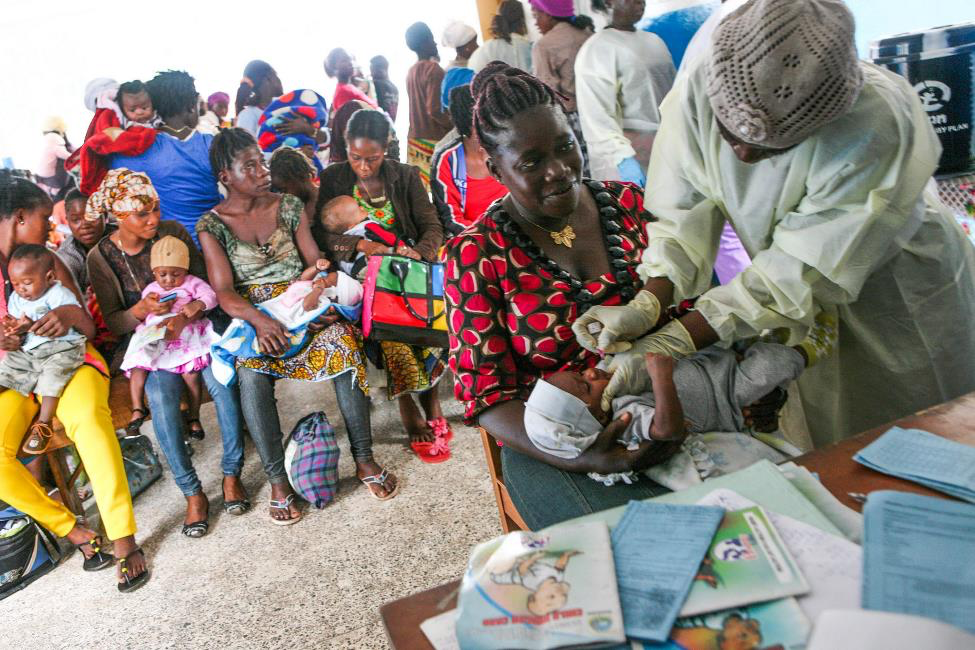 TCHIEN, Grand Gedeh – The director for immunization at the Ministry of Health says there are currently 29 reported measles cases in Grand Gedeh, with 7 of those cases confirmed.

Speaking to The Bush Chicken in an exclusive interview, Clarke said out of the 29 cases reported, health officials in the area realized that 11 children under five years of age were affected by the disease. The other children were older than five.

“The 29 cases identified were managed at the Martha Tubman Memorial Hospital in Zwedru, and the children affected fully recovered with no death reported,” he added.

With support from the Ministry of Health, Clarke said the county responded quickly with vaccinations.

“The exercise has concluded, and health officials were able to reach a total of 1,551 children not less than five years,” he said. “So, I can say that the county responded swiftly to the outbreak of the disease and recorded zero death.” However, things did not go smoothly. Due to the poor road conditions in the southeastern region, Clarke said some health officials who left Monrovia with vaccinations for Grand Gedeh endured difficulties during the journey.

“Others had to travel through neighboring Ivory Coast to reach the country,” he said.

The director for immunization at the Health Ministry indicated that due to the challenge in attaining high vaccination coverage, health authorities in the country knew that at some point in time, there would be sporadic outbreaks of the disease in the county.

Clarke said the current outbreak was not severe because the ministry has dealt with sporadic outbreaks of measles in the past.

He noted that health officials in Grand Gedeh have now been encouraged to carry out vaccination campaigns in affected and nearby communities as the dry season approaches.

“We have encouraged mothers to make use of the health facilities in the county and ensure that their children are vaccinated against all the diseases the ministry is preventing,” Clarke said.