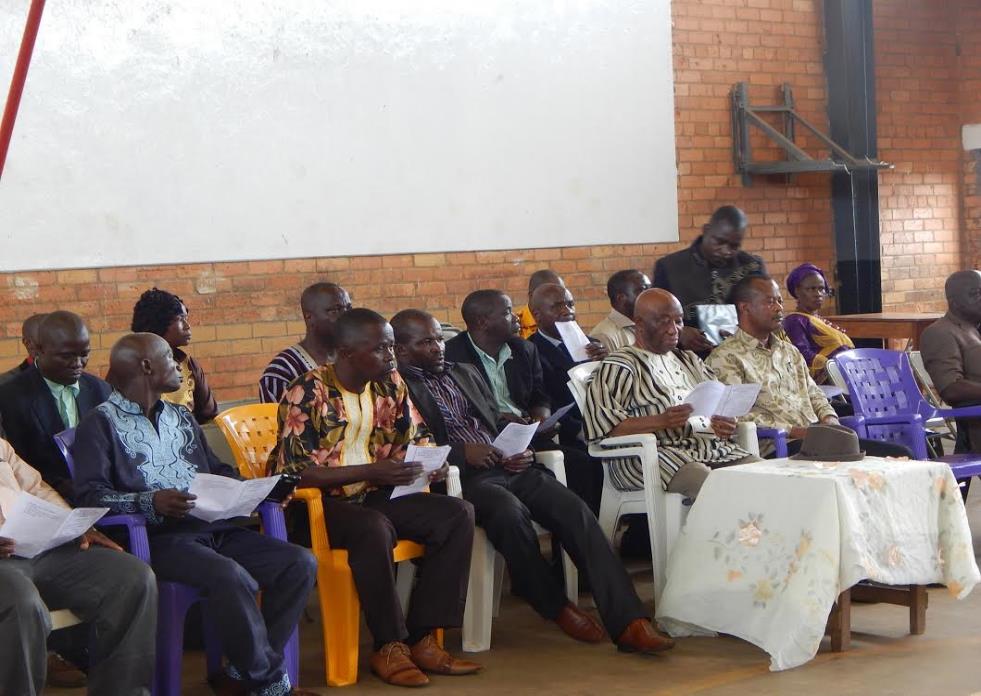 HARBEL, Margibi – Three workers union in Liberia have merged into what is expected to be a stronger union to represent their members’ interests.

The new union now has a membership of 12,000 workers from the Firestone Agriculture Workers Union of Liberia, the Golden Veroleum Workers Union, and the Metal Mechanic Electrical Communications and Allied Workers’ Union.

The new organization will be called the Agricultural Agro-Processing and the Industrial Workers Union. The new union will have representatives that will lead the group of workers at each work locations.

Samuel Kofi Woods, the former labor minister, was present at the ceremony held to commemorate the merger. He said the merger is a clear sign that the union is prepared to work to improve the lives of its members.

He described the decision as one of the greatest accomplishment of workers unions in the country.

“I have long awaited such an arrangement among workers, and can proudly say that our long advocacy is arriving in the direction of them,” Woods added. The assistant labor minister for trade union affairs, Emmett Crayton, praised the workers of the three unions for seeing the need to come together, noting that the bigger the union, the stronger it is.

Crayton said if the unions had stayed separate, even if they worked together, their strength would not have been as strong as it is now, in terms of being able to achieve their objectives.

He said the ministry endorses the aims of the unions since it was driven by the workers themselves.

“Under the law, there should be no union called Firestone Agricultural Workers Union,” Crayton said, explaining that it gives the impression to people outside the country that the union is owned and operated by the concession company.

He said the ministry would no longer give certificates to unions restricted at specific companies. He championed the need for organizations that transcended companies and were represented by workers representatives, where every 100 workers will be represented by four representatives who will be given reasonable time from work to serve the workers.

Abraham D. Nimene, who was appointed as president of the new union, said he was humbled to serve and was committed to solving the problems of workers in the country.

He recognized the leadership of the predecessor unions for their support in making this dream a reality, adding that the merger had taken two years of planning and negotiations.

“I’m aware of the challenges we face in coming together, especially the struggle for dignity, but I encouraged all of us to work hard each day to keep this up,” Nimene said in his address. He encouraged workers to commit themselves more to their jobs, respect their bosses, and leave the advocacy for their dignity with the leadership of the new union.

Addressing the gathering of workers, Vice President Joseph Nyumah Boakai described the historic merger as a testament to the changing narrative of organized labor in Liberia, from an enterprise bewitched by constant internal wrangling over leadership, legitimacy, resources, and power.

He said the relationship between labor, employers, and the government is fundamental in fostering industrial harmony, social dialogue, and fundamental workers’ rights.