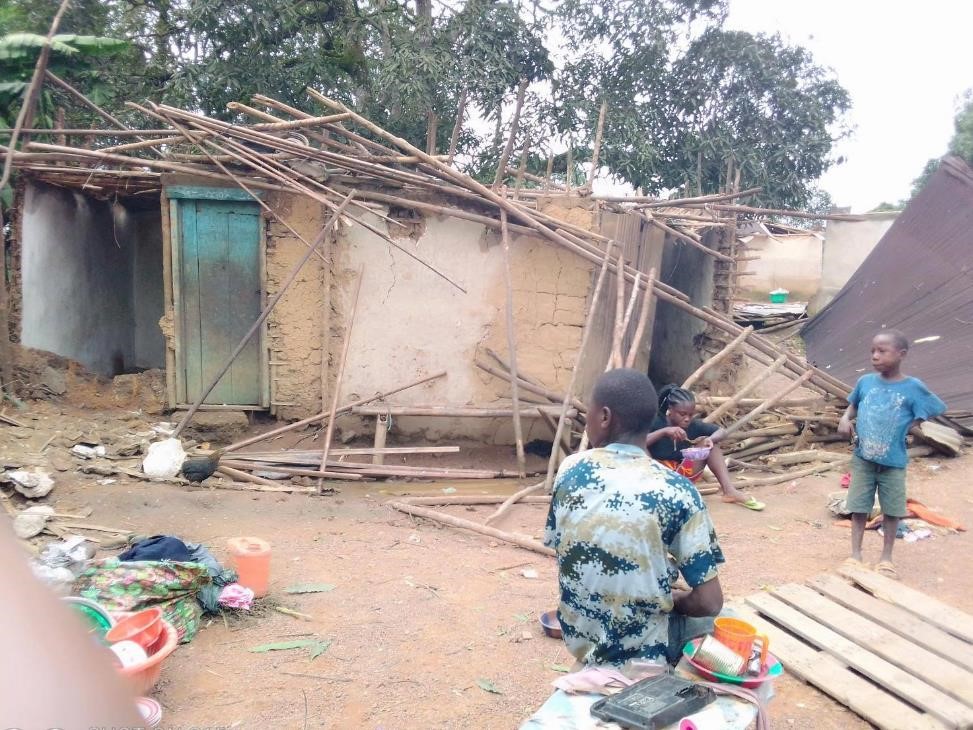 TEHR, Bomi – At least 100 persons were made homeless after a violent Thursday morning rainstorm in Bomi.

Occurring at around 1:00 a.m. on Oct. 7, the storm damaged 27 houses in two towns in Tehr District. Victims interviewed reported that their homes had been de-roofed and many materials damaged. In Sugbone clan, 14 houses were damaged while in Beh-salee clan, 13 houses were affected.

Siah Togah, a mother of six, sobbed as she narrated her ordeal: “I can’t get over this, because to even find food for the kids is not easy – and with this problem, it makes it more difficult. Where do I get money from now to rehabilitate my house to make it conducive again for my family?”

Togbah said her husband was unemployed and she sold charcoal to sustain her family’s livelihood.

At the Todien Public School, Principal Blamah explained that essential school documents had been damaged by the storm, which ripped out the school’s roof and flooded the facility with rain.

Meanwhile, Commissioner Edwin G. B. Kpingba of Tehr District is urging the affected residents to be calm and patient. He also called on the political class of the county, along with NGOs, to intervene.

“I pity your condition as commissioner of the district;” he said. “Some of you have suffered a lot to have your structures built. For [a] storm to – in a minute – destroy them is worrisome. [I] hope that the county leadership will swiftly come to your aid.”

Kpingba presented US$200 as an initial contribution to the victims as he appealed for more support.