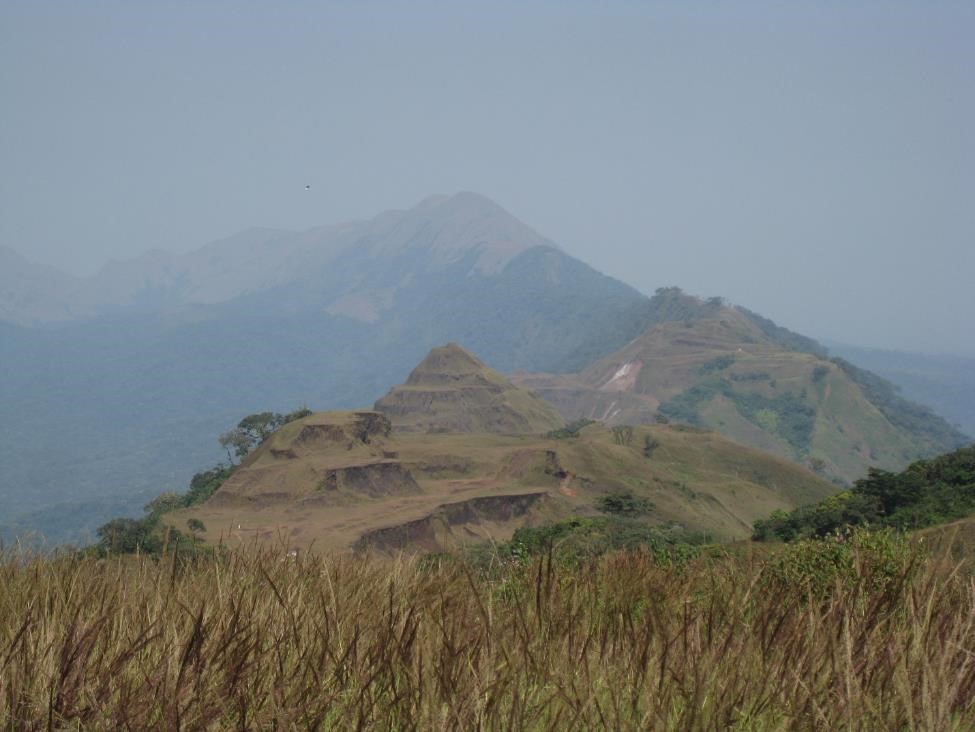 Iâ€™ve only been to Yekepa once, but it was the most adventurous experience Iâ€™ve ever had in Liberia.

Almost nine years ago, when I was visiting Liberia for the first time since leaving as a child, I decided to visit the campus of the ABC University in Yekepa, a town situated below the Nimba mountain ranges in northeast Liberia. The town has quite a relaxing feel to it, almost as if it should be a vacation spot.

Because the area is mountainous, the temperature in the town is sometimes as low as 10 Â°C (50 Â°F) at night. The result of this was a lot of Liberians complaining that the place was too cold coupled with the incongruous sight of residents wearing heavy winter coats and hats. The ABC University campus takes the crown for the most beautiful college campus in Liberia. Photo: Jefferson Krua

I was visiting with my uncle, and the relaxing atmosphere led us to go touring the Nimba Mountain ranges â€“ somewhat. We really only wanted to drive up one of the mountains along a paved route and stand at the spot where we could see towns in Guinea and Cote dâ€™Ivoire.

The trip should have been simple and was expected to last only about two hours. We told the folks at the university to expect us for lunch at noon. Because we were strangers in the area, a local pastor volunteered to be our guide up the mountain. A view of the road leading up the mountain. Photo: Jefferson Krua

Everything went well until we were a five-minute drive from the top of the mountain and the vehicle started sputtering and spewing steam from its hood. We all got out of the car to examine this phenomenon. The problem appeared to be coming from the radiator which was not properly sealed, and all the water in it had spilled out leading to the car overheating.

Since we were close to the top, where two of the cell phone companies had their towers located, our guide, Pastor Kwaibiah, suggested that we ask one of the attendants under the tower for water. Apparently, the cell companies station guards at their towers to ensure that the equipment was protected. We borrowed his container and went back to the vehicle to refill the radiator. It seemed as if everything was fine again. In a show of gratitude, we decided to refill the man’s container for him. PastorÂ Kwaibiah was directing us around to where the water source was, and he pointed at a path that went off the paved road.

My uncle was very hesitant to drive there. In fact, he asked, “Are you sure there’s road here?” Our guide confidently answered, “I wouldn’t take you anywhere I haven’t been before.”

And so, we proceeded. As the car entered into a grassy, savanna-like area, we could no longer tell what the condition of the ground was really like, but we continued to trust our guide.

Suddenly, the tires started to spin. We had entered mud without even knowing it. Big Problem!

Despite its look, our vehicle did not have a four-wheel drive feature; furthermore, our tires were not made for mud or rough terrain, it looked very smooth, with the tread fairly depleted. We decided to turn the vehicle around.

Nope. It was already too late for retreating.

Pushing the SUV only led to progressions of a foot or two each time and then the tires would start spinning in place.

We had to think of other ways to get out of this problem. The tires of the vehicle needed some traction, so we tried placing the mats from the car under the tires, but the tires would just shoot the mats back, even if you stepped on it. A town in Guinea, seen from the Liberia side. Photo: Jefferson Krua

We then tried calling our contacts at UNMIL in Monrovia to see whether they could ask the Bangladesh soldiers at the base of the mountain to help us out.

Unfortunately, they said they could only help us if we were on the main road; since we had strayed off, they couldn’t do anything.

We tried everything we could, including removing all our load from the vehicle and gathering small gravel to spread it on the tire path, however, there was just too much land to cover, and this process was too energy intensive.

Then Pastor Kwaibiah noticed a pumpkin in the car as he was rummaging for tools and stopped everything to exclaim, â€œWho put this pumpkin here?â€

We had received the pumpkin as a gift from a man in Sanniquellie, just as we had been given roosters in other towns we visited.

Apparently, a lot of Liberians in this area believe in a superstition that traveling with pumpkins was a sure way to create problems for your vehicle. However, all our troubles could have been avoided if we had only marked the pumpkin by chopping some part off. So the pastor decided to do that. But that didnâ€™t help our case.

We were still stuck in the mud! Pastor Kwaibiah puts his mechanic cap on as the cursed pumpkin lays nearby. Photo: Jefferson Krua

Someone came up with the brilliant idea of placing some planks under the tires so that the vehicle could just roll over them. The plan sounded like something that would work but where would we get the planks?

We noticed another cell tower at about 15-20 minutes away and climbed up there to ask the guard for some planks.

At this time, not only did our stomachs start to grumble, but our throats were also parched. Hunger, we could deal with. But thirst was something that needed to be quenched instantly.

We noticed a stream of water flowing from the mountain. Having lived in the U.S. for the previous nine years, I had made a practice of only drinking bottled water during my entire stay in Liberia. Naturally, my uncle and I were hesitant to drink the water coming out of the mountain.

However, it was a far way down the mountain (a three-hour walk, to be exact) and our thirst was extreme. We also reasoned that the water was not coming from an open source, but from in the rocks, so it must be relatively safe for drinking. We decided to obey our thirst. As for the hunger, we could do nothing about that. Besides, the human body has an amazing ability to stop reminding you about hunger after several hours of unheeded warnings.

We came back to the vehicle to try the plank idea, but we received few positive results. It was only when the two guys from the cell phone tower came that we had four people pushing and one driving – enough manpower to make significant moves â€“ that things were moving.

At this point, it was already past 7:00 p.m. and we had already spent over nine hours on the mountain. On the other side of the mountain where pre-war mining occurred, an old equipment sits, abandoned. Photo: Jefferson Krua

Just out of college and looking for adventure, I was secretly hoping that we would stay there until nighttime and have to sleep in the wilderness.

Not only is the area is known for its wildlife, but it’s also known to be very cold up at the peak when nightfall comes. The guys who guard the cell phone tower do not usually go down at the end of the day; they actually sleep in a small shack on the mountain. If our vehicle was not out of the mud by nightfall, we rationalized that we would pile up with them and sleep in the shack.

Luckily, we received phone calls at that moment that help from the university was coming but they couldnâ€™t pinpoint our exact location. Before they even got to us, we were able to get the vehicle out of the mud. As quickly as we got out of that situation, another situation arose â€“ one of the vehicleâ€™s tires was punctured. A view of the Cote d’Ivoire side from Liberia. Photo: Jefferson Krua

We were finally able to change that tire and then descended. Down in Yekepa, we went to fuel the car. At which point, the clutch decided to stop working properly.

I couldnâ€™t help but think how quickly we would be able to get out of that situation had there been an emergency roadside assistance service similar to AAA in the U.S.

The experience did, however, exhibit all the elements of a good â€œAfricanâ€ adventure â€“ hunger, thirst, superstition, potential danger from wildlife â€“ and for some reason, I enjoyed it all.

The above piece was initially published in a blog eight years ago. Featured photo by Jefferson Krua

Sharing
Tags Discover Liberia
Contributions to The Bush Chicken are not tax deductible.