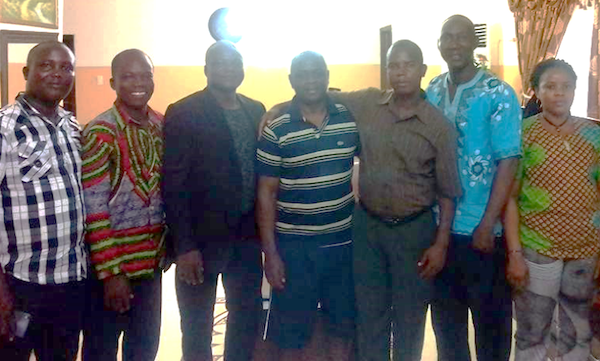 KAKATA, Margibi â€“ The Margibi chapter of the opposition Movement for Economic Empowerment has seen 13 of its leaders resign, leaving a leadership vacuum for the party in the county.

The officials include James Tarnue, the chairman; Isaac Kamara, county chairman of the Friends of Jones; Charles Mcgee, vice chair for operations; and John Williams, the secretary.

In their letter of resignation dated on August 5 and addressed to MOVEEâ€™s chairman, Maxwell Kemayah, the former officials said they were quitting for reasons which included a lack of information dissemination, poor budgetary support, and a lack of campaign strategy, as well disrespect to the district and county leadership.

â€œWe the officials and members of the Movement for Economic Empowerment and friends of Dr. Mills Jones have unanimously agree and accepted to resigned from the partyâ€ the letter quoted.

Meanwhile the former officials officially endorsed the presidential bid of Vice President Joseph Boakai at a program held over the weekend in Kakata. Over 300 participants attended the program.

The former MOVEE partisans said their endorsement of Boakai was in line with a resonating slogan of â€œcounty above self,â€ as they were joining forces with other Margibians to support the Boakai-Nuquay ticket.

When contacted, MOVEEâ€™s national vice president, Robert Sammie, said he could not comment on the matter at the moment, but added that the party would issue a statement soon.