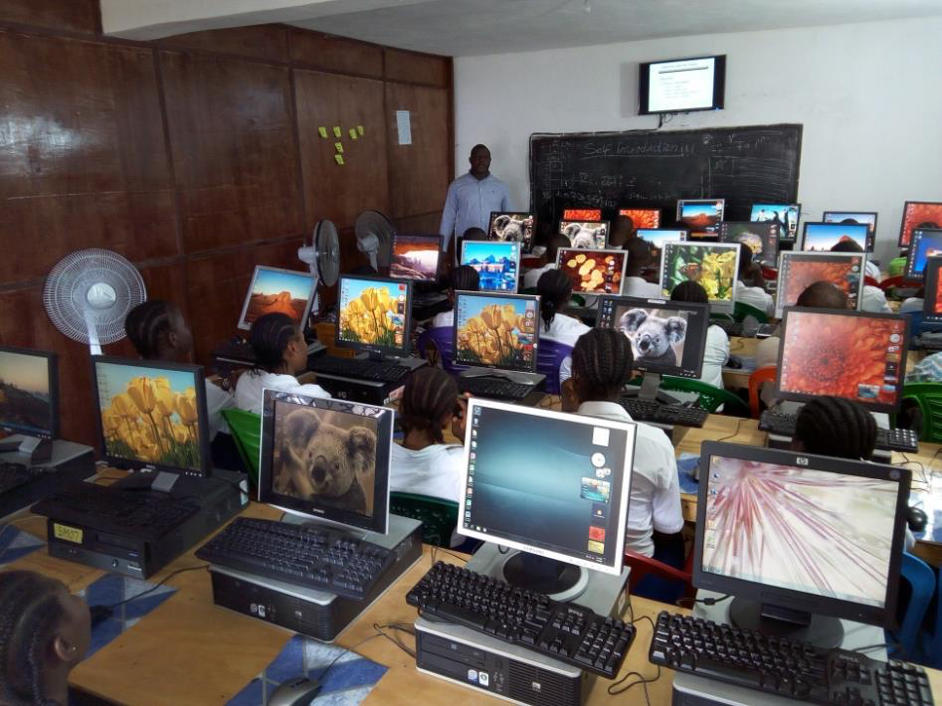 Michomp Technology, in collaboration with Guinii Creek United Development Association, recently concluded the program, which provided the youth with computer and entrepreneurship skills.

Michael Fayiah, the manager at Michomp Technology, told The Bush Chicken in an interview that the graduates were mostly drawn from several communities in Virginia, outside Monrovia.

According to Fayiah, his company has conducted research revealing that eight out of ten high school graduates in Liberia lack basic computer skills.

â€œThe research also reveals that between 40-60 percent of college students in the country also lack the basic computer knowledge and operational skills,â€ he added.

Fayiah said his institution was established to fill that gap, in order to make Liberian youth more competitive in the job market. He said computer literacy skills â€œare basic requirements for any employment in the formal education sector.â€ â€œThe institution is committed to building a better future for enthusiastic young men and women with a vision of making Liberia and Africa a better place for all,â€ Fayiah said.

The National Oil Company of Liberia had made funds available for the training as a part of its corporate social responsibility, he said.

Ambulah Mammy, a representative from the government-owned oil company, said NOCAL remains committed to building the capacity of Liberian youth. â€œWe have a corporate social responsibility to build the capacity of young and inspiring students so that they can be part of society building,â€ Mammy said.

Faith Gerring, one of several graduates, stated that she had dreamt of becoming a tech entrepreneur after high school but was constrained due to finances.

â€œWhen I came across the training, I took advantage of it and fully participated,â€ Gerring said. â€œI now have computer and entrepreneurial skills that I can use to start my internet cafÃ© and desktop publishing business.â€

Gerring said she intends to help empower disadvantaged young women through her business.

She expressed appreciation to NOCAL and ExxonMobil for sponsoring the program,