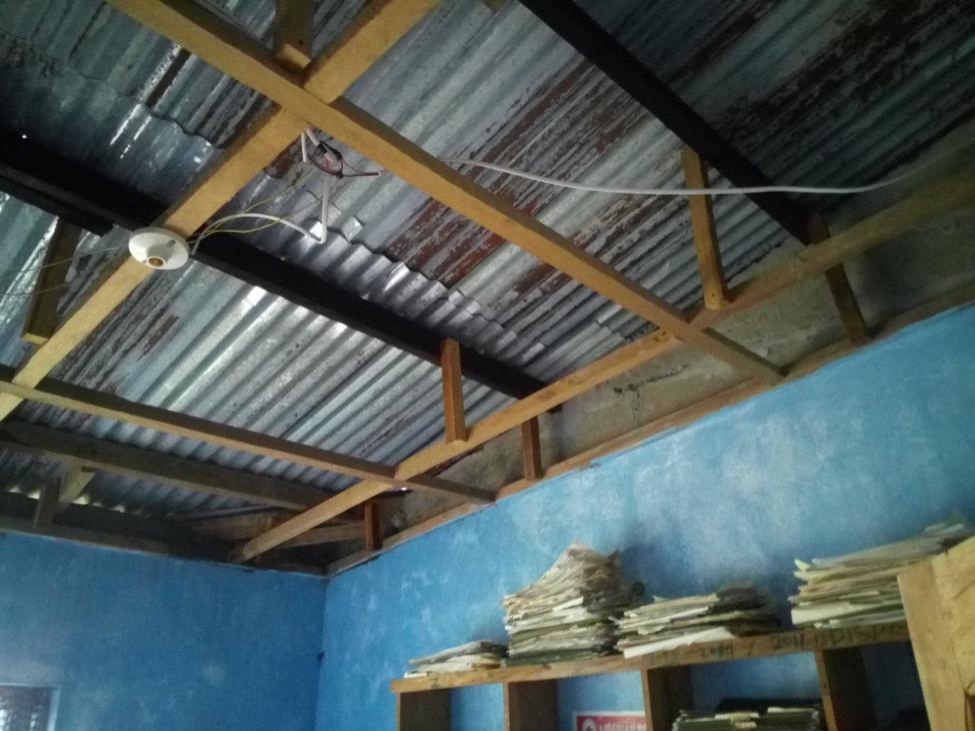 CESTOS, River Cess â€“ Employees at the 14th Judicial Circuit Court in River Cess are drawing attention to conditions of the courtâ€™s structure that they say is so bad that immediate interventions are needed.

So shoddy is the state of the building that workers say all activities of the court are often suspended during rainy days.

The building being used by the 14th Judicial Circuit Court was initially completed by UNMILâ€™s Ghana contingent in 2010 for use by the Cestos Magisterial Court after the project was abandoned by its original contractors. However, due to its isolation, the judge of the magisterial court, Benjones D. Wheagbah, said he could not move into the building, making the structure available for the circuit court.

A tour of the facility saw one of the sheriffs sweeping rainwater out of the building while the court was in section. On that day, court employees crowded into one corner to escape the rain, as much of the building was flooded. 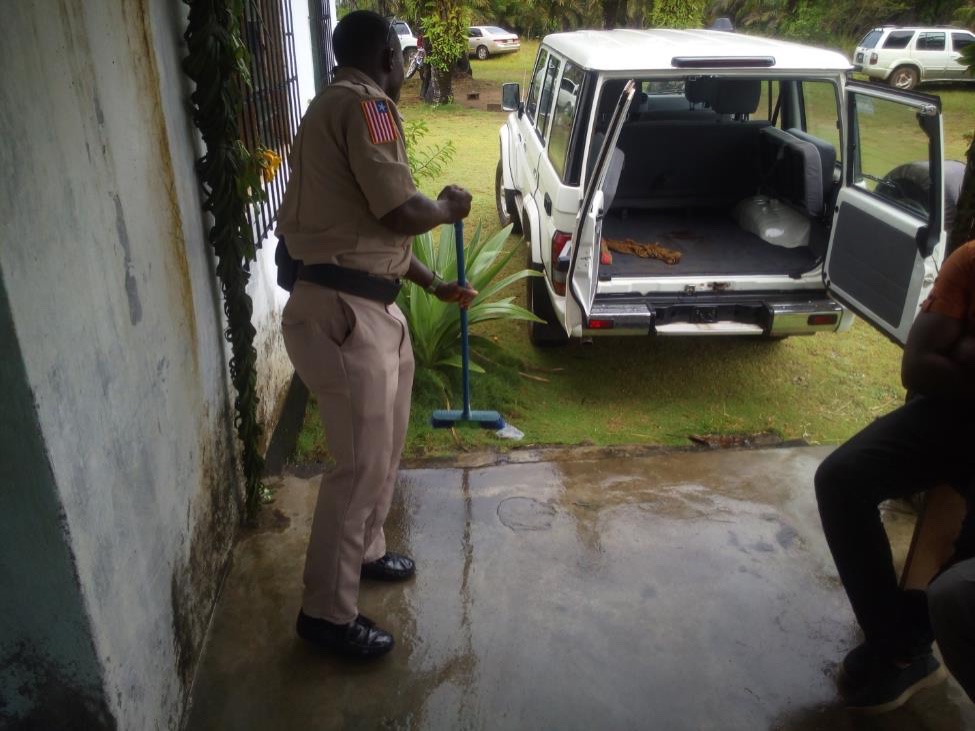 Isaac Quay, the assistant clerk of the court, told The Bush Chicken that the court had been in such condition for about two years now. Because of the leakages, almost all of the ceilings in the building have fallen off.

â€œAll the courtâ€™s documents have been moved to the clerkâ€™s office while some are kept in a bucket to prevent them from getting wet,â€ Quay said. â€œWe have been reporting this issue times without number, but no one seems to pay attention.â€ 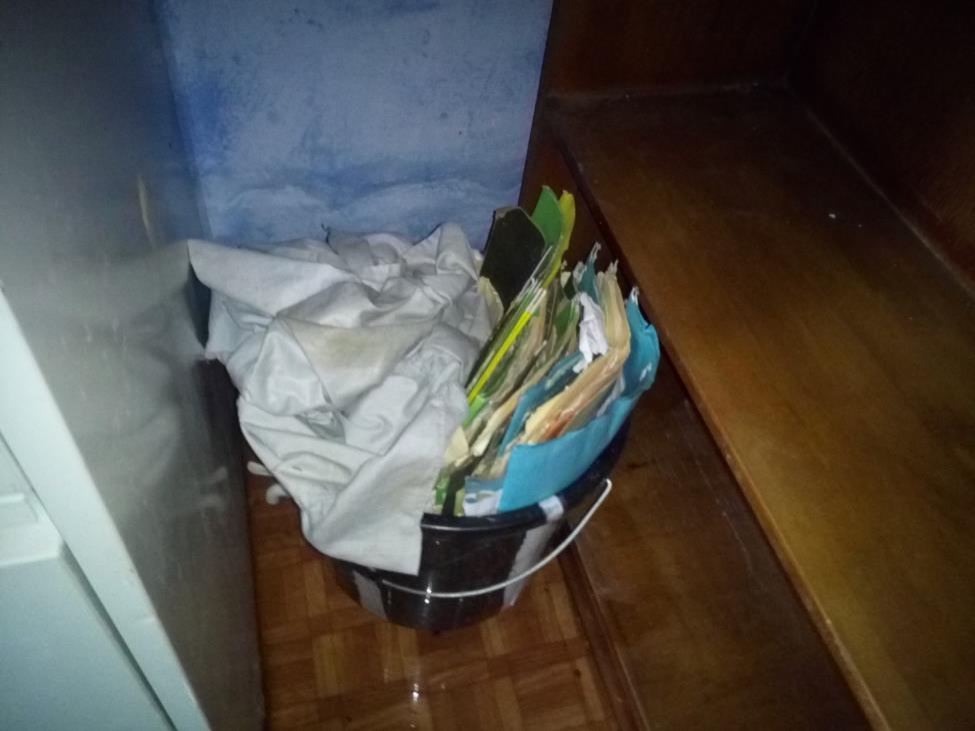 The courtâ€™s documents are kept in a plastic bucket to prevent them from getting wet. Photo: by Eric Opa Doue.

Thomas Whitfield, the clerk of court, said officials of the court had been hoping that the recently held county council sitting would allot funds for the rehabilitation of the court, but that did not happen.

â€œI was surprised when I realized that no allotment was made sitting for this court,â€ Whitfield said. â€œAnd my fear now is that this court building can fall anytime.â€

During the opening of the November term of court, River Cessâ€™ county inspector and acting superintendent, Daniel Tokoe Doe, expressed disappointment over the condition of the court.

â€œI am disappointed and â€˜shamed to see this court in this ugly condition,â€ Doe said. â€œThis does not represent the well-meaning sons and daughters of this county. We need to do all we can to get this building in a better condition.â€

At that time, Doe said the county administration would make an allotment for the renovation of the court during the county council sitting.

County Information Officer Isaac B. Williams had also told The Bush Chicken that the courtâ€™s condition had claimed the attention of the local administration and making appropriation during the county council sitting was being considered.

Both Williamsâ€™ and Doeâ€™s statements are far from reality as the county council sitting has been held and nothing was allocated to the court.