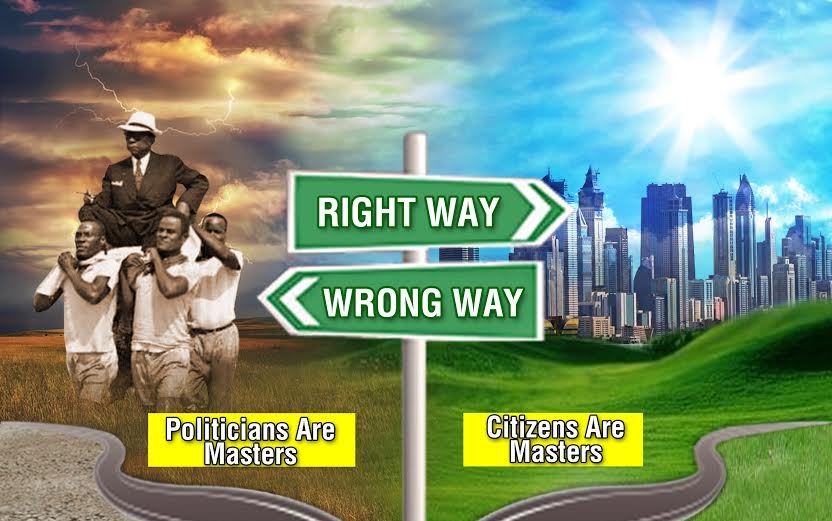 The founding of Africa’s first independent republic began with one man, Hilary Teage, taking his pen and authoring the Liberian Declaration of Independence. That document detailed complaints about the oppression he and others suffered and outlined peaceful actions to end the suffering. His action severed ties with America and gave birth to Africa’s first republic.

By definition, a republic is a state in which supreme power is held by the citizens and elected public servants who serve the people. As we commemorate the 168th anniversary of Africa’s first republic, Universal Human Rights International is initiating civic education for ordinary citizens of Liberia to follow the example of Teage by taking concrete peaceful and legal actions to end unnecessary suffering. UHRI has championed the rights of Liberian refugees for 20 years and the organization is now supporting civic engagement efforts in Liberia.

On July 16, UHRI convened a diverse group of Liberian citizens from all 15 counties as well as friends of Liberia and members of the diplomatic community to commemorate the 168th anniversary of the signing of Liberia’s Declaration of Independence. The event, which gave birth to Africa’s first independent republic, on July 16, 1847, was observed for the first time at the site of the original signing of the declaration â€“ the historic Providence Baptist Church on Broad Street, Monrovia.

The event launched a civic education project and participatory democracy initiative designed to tackle Liberia’s undemocratic practices responsible for ritualistic killings, political violence, endemic poverty, illiteracy, economic instability and lack of opportunities. The goal is to incorporate the concept of citizens’ initiative into the laws of Liberia.

Citizens’ initiative, which is consistent with Article I of the Liberian Constitution, is a process of participatory democracy that empowers ordinary citizens to make or repeal laws without the permission or approval of the national legislature or president.

Until citizensâ€™ initiatives become law in Liberia, UHRI’s civic education aims to educate Liberians about their rights as well as engage citizens in civic activities including voter registration, voter education, candidate training and holding of people’s elections in cities, towns, counties and nationally in preparation for local and national leadership and public service.

While most African countries fought countless battles for independence in which millions of Africans died, Liberia’s declaration of independence was peaceful. It took a pen, paper and a man with a mission. Teage authored the document containing the list of complaints and it was signed by 12 men dissatisfied with the status quo.

The declaration recognized “…in all men certain inalienable rights; among these are life, liberty, and the right to acquire, possess, enjoy, and defend property.”Â  The Liberian Declaration was also a dissenting opinion against America’s officially sanctioned racism and oppression of African-American across the United States of America and the inability of the oppressed to improve such conditions through existing administrative and legal channels.

Now 168 years later, it seems Liberia is on the wrong track with citizens from every county expressing their dissatisfaction with prevailing discrimination against graduates from Liberian’s own colleges and universities, interference of western countries in Liberia’s internal affairs, lack of equal opportunities and Liberian politicians’ abuse of power and acquisition of wealth at the expense of the people.

In addition to outrageous budgetary allocations by the Speaker of the Liberian House of Representatives, the president of Republic of Liberia wields more power than the Pope, the Queen of England and President Obama of the United States. The Liberian president appoints all cabinet ministers, all heads of public corporation, all governors of all political subdivisions and all mayors of all cities and towns across Liberia. According to the Liberian Constitution, Liberian citizens have supreme powers. In practice, politicians have all powers.

In order to have a government of the people, by the people and for the people, the citizens must step up to the plate. UHRIâ€™s participatory democracy offers civic education, civic engagement and people’s elections to prepare citizens for the task of public service, local and national leadership in ways that have not been seen in an African country.

In letters written to all elected officials, UHRI invited Liberian government officials to support citizensâ€™ initiatives. Not a single official responded positively. Two elected officials contacted via cell phone commented that citizensâ€™ initiatives isÂ a concept for developed countries and it will never work in Liberia because Liberians are illiterate. The fact is citizensâ€™ initiatives was not invented in America. This initiative originated in Greece in the 5th century BC, at a time when there were no electricity, no cell phones, no car or airplanes. Liberia, with its cell phone towers, radios, and computers is far more advanced than ancient Greece. Furthermore, if government officials desire a literate population, they must educate citizens, not discriminate against them.

Citizensâ€™ initiatives originated in Greece but thrives today in the countries where Liberian government officials bank their money, buy their homes, locate their families and hope to retire after siphoning money from the national treasury.

We have heard from the politicians. Now itâ€™s the turn of citizens to speak loud and clear using ballots, pens and paper that the republic of Liberia is still a country where citizens not only have supreme powers but are willing to exercise those powers. UHRI calls on citizens of Liberia to join our civic education, voters registration, candidate training and peopleâ€™s election designed to help ordinary Liberians reclaim their republic from from politicians unwilling to serve the public.