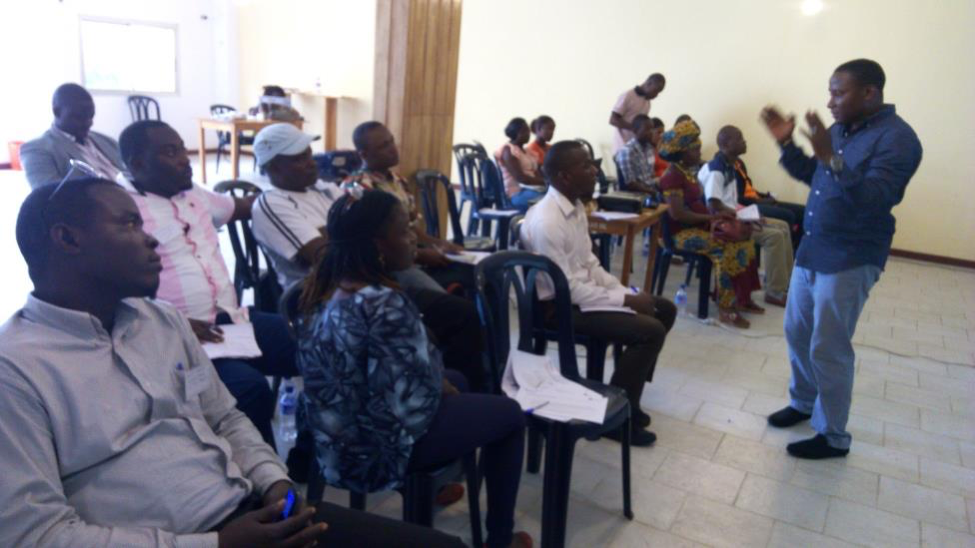 MONROVIA, Montserrado â€“ Community radio journalists from the 15 counties of Liberia have been trained under the USAID/Internews Media Development Program on how to use technology in reporting during the 2017 elections.

The 20 participants are all members of Local Voices, an independent media network comprising journalists from community radio stations across Liberia.

During the three days, participants were trained in basic knowledge on how to maintain and update the networkâ€™s website (www.lvliberia.org), including how to post new stories, photos, and audio and video clips, which will enable them to better cover the upcoming 2017 presidential and legislative elections.

Local Voices Liberia Media Network was founded in 2015 by community radio Journalists who were at the time participating in Internewsâ€™ â€œInformation Saves Livesâ€ Ebola Training and mentoring program, with the objective of reporting in rural communities around the country.

Internews also provided participants with 20 pieces of smart phones equipped with a podcasting app called Spreaker which are intended to be used to cover the electoral process. â€œFrom here, you are expected to go back to your communities, and you are under obligation to send at least four stories every month,â€ Sieh said. â€œThese should be stories specifically focusing on amplifying rural voices and rural issues at the national level.â€

National Elections Commissionâ€™s director of civic and voter education, Senesee Freeman, presented on how the participants could follow NECâ€™s calendar and engage its district election officials.

Franklin Flomo, the finance officer of Local Voices, called on members to make use of the knowledge gained during the three days.

â€œMost journalists love to run behind big people like ministers and lawmakers, but we are going to lift the voices of the people in the villages to air what they are saying about the elections,â€ he said.

According to Flomo, the project is a six-month project sponsored by Internews with funding from USAID, and will run from August 2017 to January, 2018.