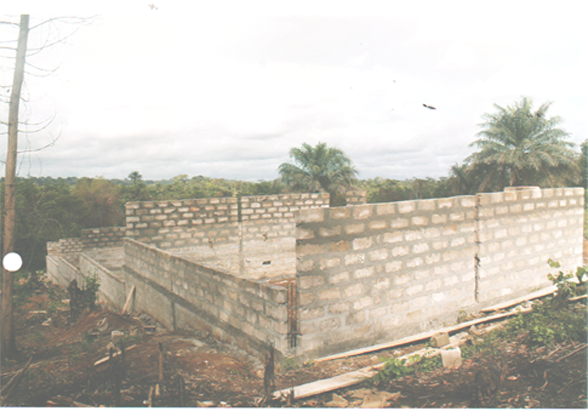 MONROVIA, Montserrado â€“ The Bush Chicken has discovered that 34 percent of all Legislative Support Projects funded under the 2014/2015 national budget have not been completed due to a number of issues ranging from insufficient funding to poor project management.

The Legislative Support Projects were crafted by members of the House of Representatives to fast-track development in the counties as county development funds were seen as bureaucratic and frequently mismanaged by county authorities.

Documents provided by the Liberia Agency for Community Empowerment, the government agency tasked with managing and implementing the projects, revealed that 28 of the 83 projects, worth a total of US$1.7 million, are yet to be completed. A detailed list of those projects can be found here. The Bush Chicken has previously reported on one of these incomplete projects, the New Matadi and 12th Street Footpath Bridge in Montserradoâ€™s 9th district.

LACEâ€™s documents indicate that for 10 of these projects, the contractors were to blame for poor management. For 11 of the unfinished projects, insufficient funding was cited as the reason. The causes of the incomplete status of the remaining projects included land dispute, â€œinterference on the procurement process,â€ among others.

LACE did not assume the blame for any of the 28 projects that were delayed. However, but a source familiar with LACEâ€™s operations who spoke only on condition of anonymity, said LACE had not performed the estimation of the projects and most of the representatives and contractors had underestimated the costs.

The 83 projects in the 73 districts received a total of US$5 million in the 2014/2015 budget. For the 2015/2016 budget, members of the lower house again allotted US$11 million for the projects. Each representative will be allowed to earmark US$70,000 per district. The Bush Chicken already reported this week that Rep. Jeremiah Koungâ€™s first district in Nimba had decided to fund 20 hand pumps. The 2015/2016 budget will also allow senators the ability to earmark projects for their respective counties too.

The two Montserrado senators have US$285,080 each to spend while Nimbaâ€™s senators will each have control over US$227,351. Bongâ€™s two senators will also each be able to earmark US$220,937 to projects.

All projects identified for funding are expected to be in the health, education, and infrastructure sectors.

LACE receives 10 percent of the US$ 11 million in order to administer the projects. According to LACE, the allocation will be used to increase its technical and logistical capacities as well as to ensure the establishment of regional offices for the effective and timely implementation of the projects.