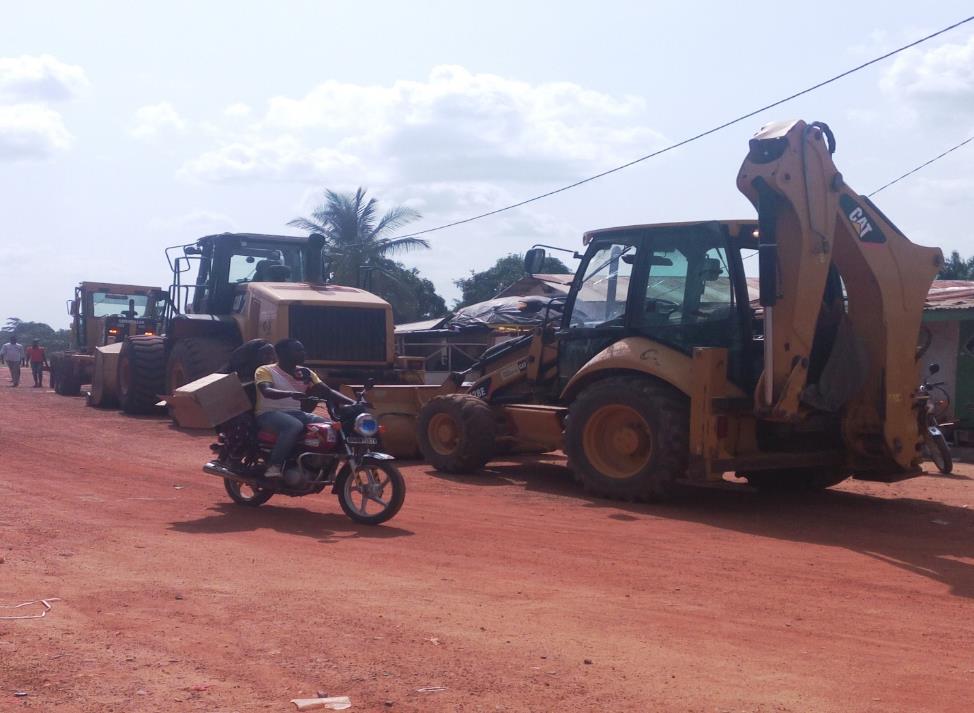 GOMPA, Nimba â€“ Five days after his confirmation as Nimbaâ€™s new superintendent, Dorr Cooper launched a project to pave a 5.5-kilometer road in Gompa on Tuesday.

â€œThe reason we [are] here is so simple,â€ Cooper told the crowd. â€œRight now, we are in Ganta to do some new things. We have come here today to break the ground for these roads.â€

Cooper said Nimba pleaded with the Government of Liberia, which is funding the road construction project, to increase the project beyond the original 4 km because of the size and population of the city.

â€œI am happy that [the Ministry of] Public Works and FRAMP [Feeder Roads Alternative and Maintenance Program] accepted that, and we have entered into an MOU â€“ itâ€™s signed and binding on all parties to make sure that this road is done,â€ Cooper said.

Cooper said over the years, Liberians have strived to set the standard for development in the country and the Nimba administration has strived to lead this developmental drive.

â€œWe think it should be Nimba that the development in Liberia can begin from,â€ Cooper said. â€œThat is why we have sleepless nights, ensuring that we do some new things for our people to see, and not just for them to see, but for different counties to be proud of.â€

The estimated cost and duration of the project is still being worked out and is expected to be made public upon completion. Cooper also promised to complete the street layout project in Gompa that was halted in 2016.

â€œThis is not the only thing we are going to do in Ganta,â€ he added. â€œI remember last year we were doing street layouts in Ganta. While weâ€™re here, we will continue the process.â€ Individuals gathered for the launch of the project to pave the two streets. Photo: Arrington Ballah

For his part, the mayor, Dokpa, expressed delight about the project and appreciated Cooper, who formerly also served as mayor of Gompa, for such a splendid negotiation.

â€œWe are very honored, most respectfully to be part of history making again,â€ he said, â€œâ€¦and to see that the Ministry of Public Works and partners see reasons to do a few kilometer of roads in Gompa City.â€

The move by the Nimba County Administration and the Government of Liberia to pave these two major streets in the city has met a welcoming reception from citizens, especially commercial motorcyclists who use the streets on a day-to-day basis.