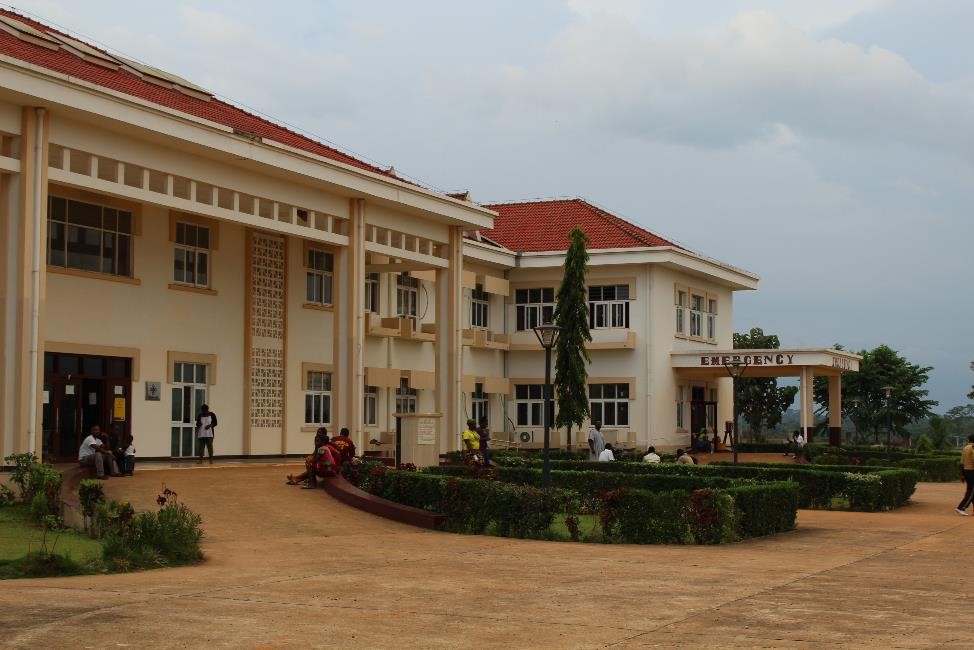 TAPPITA, Nimba â€“ This past yearâ€™s rainy season saw the number of patients visiting the Jackson F. Doe Memorial Regional Referral HospitalÂ drop to half the number the hospital saw during the preceding six months of the dry season.

The statistics are preliminary and the deputy chief executive officer at the hospital, Dr. James Sorbor, said he believes the bad road conditions are hindering the movement of people who may want to go to the hospital.

While he did not provide the raw numbers nor the equivalent rainy season decline from the previous year, Sorbor said, â€œGenerally, the observation is that the number of patients visiting the hospital dropped during the peak of the rainy season. I would say from our reports between second and third quarters, it fell by 50 percent.â€

The Bush Chicken has previously reported on the deteriorated state of the road between Tappita and Harper, in Maryland. Residents of the area have attributed the significantly worse conditions this past rainy season to the departure of contingents of UNMILâ€™s peacekeeping force, who would periodically rehabilitate the roads. A driver and his passengers struggle to push a vehicle out of the mud along the Tappita to Zwedru road. Photo: Zeze Ballah

Besides patients from Guinea and Cote dâ€™Ivoire, Sorbor said patients visiting the hospital also hail from across Nimba and as far as Montserrado.

Sorbor said he believes that his hospitalâ€™s experience is not unique; other hospitals that are not connected to paved roads may be experiencing the same issues.

He said the hospital anticipated the road conditions and took steps to avoid any negative impact on its operations.

â€œBecause of the bad road conditions, there are certain difficulties that we face here at the hospital,â€ he added. â€œWe try to be proactive in stocking up on some of these things, especially drugs that will take us through to November, because it is difficult to get trucks to pass through the road during the rainy season.â€