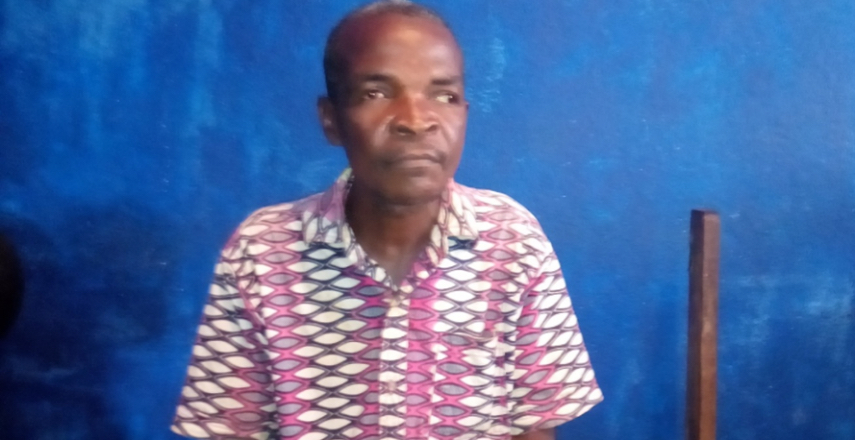 According to police information, Jaffa committed the crime against the minor while she and her visually impaired grandmother were in bed at around 2:00 a.m. on November 25. The incident was reported to the police by family members of the survivor.

The mother of the survivor, who wished to remain anonymous, told The Bush Chicken that her daughter had explained that while sleeping in bed, her uncle forcibly made his way into the room and began to rape her. During the act, the girlâ€™s grandmother woke up to the childâ€™s screams but was unable to assist.

She said since the incident, her daughter has become ill and the family cannot afford the cost of transportation to take her to Harper for proper medical treatment, as has been advised by health workers. She said it would cost at least L$3,000 (US$19) for a person to travel to Harper.

Aside from the transportation, she said the family would also need additional money for food, lodging, and other basic needs while in Harper.

â€œI really want people to come and help me before I regret like the other family that lost their daughter because of this same rape,â€ she said.

When contacted, the alleged rapist denied committing the crime and called for a fair trial. He told The Bush Chicken in an interview that it beats his imagination why his niece would falsely implicate him.

Jaffa, who is originally from Fish Town, River Gee, said is a single father of four children who had traveled to Maryland to visit his relatives after he lost his daughter in October.

Barrobo District, where the current rape occurred, has an ambulance meant to transport individuals in cases such as these. That ambulance was provided last year by former vice president Joseph Boakai. However, The Bush Chicken has discovered that it was since taken to Harper by Maryland health officials. It is now parked at the J. J. Dossen Hospital.

Authorities at the hospital told The Bush Chicken in a past interview that the ambulance was retrieved from Barrobo because of a lack of driver, as the previous driver had been terminated by the Ministry of Health.

Meanwhile, local officials of the district are calling on the ministry to ensure that the ambulance is taken back to Barrobo. The district comprises 32 towns and has an estimated population of approximately 40,000 people.