HARPER, Maryland â€“ A traditional high priest charged with kidnapping and murder has reportedly died at the Harper Central Prison in Maryland.

Fred Washington, 62, was arrested by police after he confessed to the mysterious disappearance of a classroom teacher in Karluway, Marylandâ€™s second district in early July. That teacher has still not been found.

The teacher, identified as Charles Toe Washington, according to reports, was a volunteer at a Hanogbe Public School. He had left his home one morning in early July to find palm nut and was not seen since despite several search missions by the police and the county authorities.

However, a skeleton discovered in the forest believed to be his remains was ordered immediately buried by Fred Washington, without police and medical examination.

Fred Washington had said that the skeleton was forbidden to be seen by people who were not incarnated with the traditional practices and beliefs. But the county superintendent, George Prowd, said he instructed the police to handle the case.

â€œI told the police to handle the matter at the time. I will not give room for anyone that will take the life of others here. If you harm our people, the law will deal with you accordingly,â€ Prowd said.

After the police were involved, Fred Washington was then arrested and taken to Harper to be charged and subsequently forwarded to the Maryland Circuit Court. He was awaiting trial in detention at the Harper Central Prison where he reportedly died. 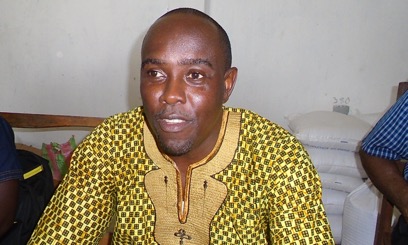 Despite efforts by The Bush Chicken to establish reasons for his long detention without a trial, none of the countyâ€™s judicial authorities could be reached. The county attorney, circuit court judge, and public defenders are all currently out of the county.

The superintendent had earlier told reporters on the grounds of the Capitol Building following his confirmation hearing at the Senate that his administration would work to end ritualistic killings and other acts that endanger the lives of Marylanders.

Chrispen Doe, the superintendent for Harper Central Prison, told The Bush Chicken that Washington was admitted into the prison on July 4 and was diagnosed at the J. J. Dossen Memorial Hospital with a disease that required surgery.

Doe said the surgery was not be performed because no family member accepted to voluntarily sign the hospitalâ€™s commitment form. He said the detainee was taken to the hospital three times during the period of his detention. The remains are currently deposited into the mortuary of the J.J. Dossen Referral Hospital awaiting arrangements with family members.

Washington collapsed at around 2:00 a.m. on Tuesday, December 11, and his fellow inmates alerted prison officers. He was later pronounced dead by health officers in the presence of prison authorities. A police investigation revealed there was no foul play.

The Harper Central Prison facility was originally established to host at most 100 inmates and pretrial detainees, but the facility is now often overcrowded because it hosts inmates from River Gee, Grand Kru, and Maryland.

The mysterious disappearance of the classroom teacher is the second of such occurrence in 2018. A girl disappeared earlier in January.