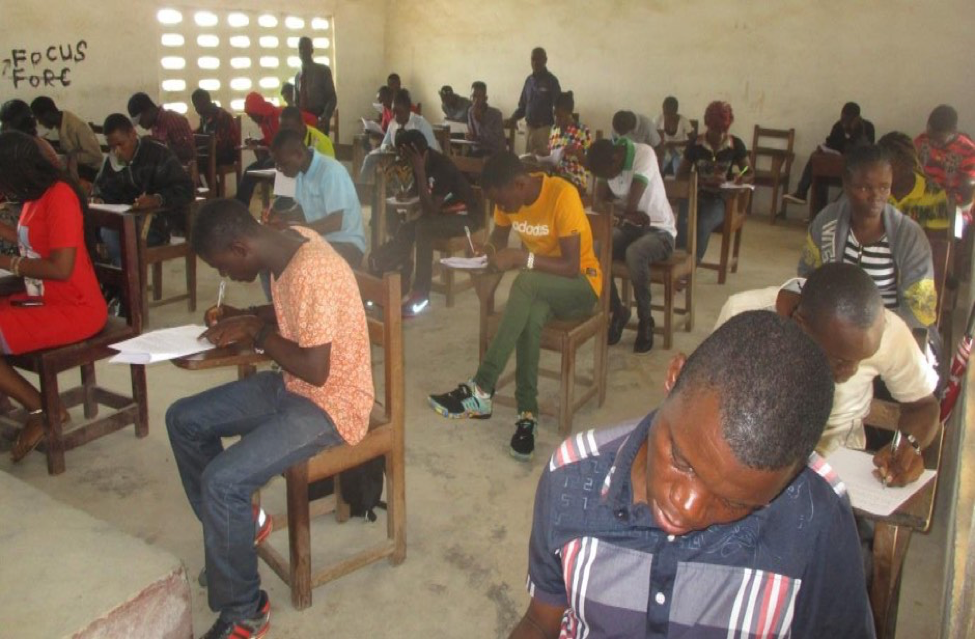 CONGO TOWN, Montserrado – The results for the West Africa Senior Secondary Certificate Examinations have been released, with 65 percent of students failing in the exams.

Speaking during a press conference at the Liberia office of the West African Examinations Council on Thursday in Congo Town, Issac N. Toe, the acting head of test in WAEC’s Administrative Division, noted that 33,124 candidates took the series of tests from April 3-20 at 216 test centers in the country.

Toe said 32 of the 600 senior high schools participating in the test recorded a 100 percent pass rate. At these schools, all students received the minimum grade required to pass.

Samuel Sumo of the Firestone High School in Harbel, Margibi and Munah J. Wlemus of the ELWA Academy in Paynesville, Montserrado were recognized as the highest scoring students in English and Mathematics.

Boakai Fofana, the deputy minister for technical services at the Ministry of Information, said the results are not welcoming and would not please President George M. Weah, who made good on his campaign promise to cover the cost of the exams for all 12th grade students.

“We are surprised by the results; we hoped for something better and didn’t get it,” he said.

Meanwhile, Comfort O. Agwu, senior deputy registrar for WAEC, said Liberians should not feel discouraged by the results, given that the new administration and its interventions have not had time to make impact.

“Your interventions couldn’t have any effect because the students were already in the process of the exam,” she said. “You now know the level of the students [and] put the interventions in place. You don’t sow a seed and expect it to grow overnight.”

She said the school, society, and others environmental factors impacted the performance of students.

“The government has placed [such a] high premium on education that made them to pay for students’ fees,” Agwu said. “But what about the teachers who teach? Have they been properly trained? Do they really have the requisite knowledge content-wise to be able to  teach the students? The school environment – what does it look like? I bet you if you visit some of the schools, you will find out that the teacher might not even be there.”

Agwu suggested that teacher capacity building could be done during the vacation period.

She continued: “There are subjects that don’t have teachers, so even if the students are willing to learn, they don’t have the people around to really impart this knowledge on them. What about the facilities that makes [the] environment good for teaching and learning? What about the textbooks in the country?”

Agwu said the initial fear that students would fail the practical aspect of the science tests due to the lack of laboratories in schools did not show as much because WAEC adjusted for the practical segments.

“Thank God, WAEC managed to give the students a test of practical knowledge instead of the actual practical,” she added.

This is the first time all Liberian 12th graders are required to pass the WASSCE before graduating from high school. The other four West African English-speaking countries require their graduating seniors to pass the test. Liberia has long delayed its participation in WASSCE due to the civil war. In 2013, some Liberian schools began taking the exams on a pilot basis. The test is expected to be used as a prerequisite for entering colleges across the region, obtaining certain jobs, and receiving U.S. visas.