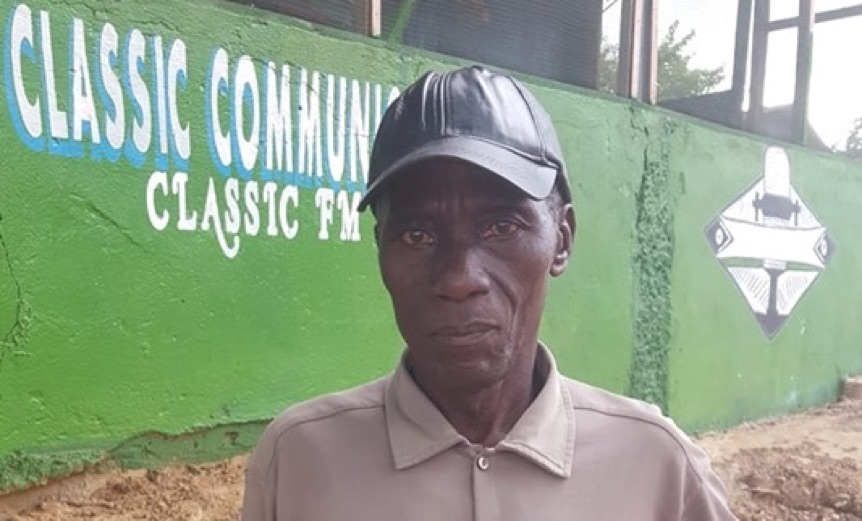 KAKATA, Margibi â€“ As the June 7 protest draws closer, many Liberians are making their decision about whether or not they will attend the protest that has a stated goal of pushing the George Weah government to improve its governance and the economic conditions of the country.

One of those who support the protest is Patrick Saah, a 66-year-old resident of Kakataâ€™s Lango Town community. Saah has vowed to join the June 7 protest in order to draw attention to the current hardships he is facing.

Saah spoke to The Bush Chicken in an impromptu interview while walking around the streets of Kakata grumbling about the treatment he was receiving from his employer, the government-run Lango Lippaye High School.

He narrated that he worked as a security guard at the school, but noted that the schoolâ€™s administration has not paid his salary for the past five months, which he said was making life burdensome for his family.

Saah said the school owes him L$25,000 (US$130) as compensation for five months but the authorities say they have no money to pay. He said he now has to be a caretaker of a public toilet to provide for his family. There, he makes L$100 (US$0.52) a day.

A former labor contractor who worked for the Bong Mining Company prior to the civil war, Saah said although he is illiterate, he has always managed to get by and has never experienced hardships comparable to the current living conditions under Weahâ€™s regime.

He saw the protest as the best alternative to ensuring that the president and his administrators improve the lives of ordinary Liberians like him. However, instead of blaming the president, the elderly man believed that it was Weahâ€™s officials who simply do not mean well for the country.

He promised to join the protest not for himself, but for the future of his children.

â€œThis government is not in our interest,â€ he said. â€œThey want kill us. So let me just die once. I am looking for my car pay to go Monrovia now.â€

With just a day to the protest, vendors in Kakata have started to hike the prices of basic commodities, especially rice and gasoline. Fearing prolonged unrest, many people have begun stocking up on food, fuel, and other essential items.

Opinion is largely divided over the protest. While many acknowledge the tough economic conditions in the country, they worry that the protest may not be peaceful, given the tensions that have been exhibited leading up to the event.

The exchange rate with the U.S. dollar has now increased by 24 percent since the start of the calendar year and 52 percent since President Weah was inaugurated. The increase has been accompanied by an increase in the price of basic commodities and goods.

Sharing
Tags Council of Patriots, Save the State
Contributions to The Bush Chicken are not tax deductible.