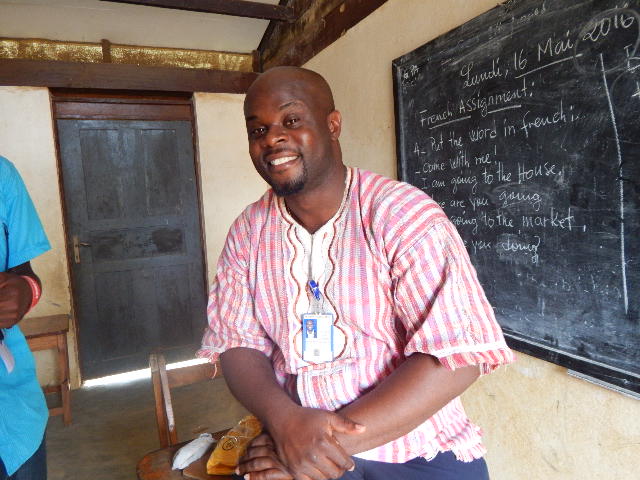 GANTA, Nimba â€“ The Mobile Money project that was launched on May 21st to provide salaries to teachers in rural Nimba County through Lonestar Cell MTN has been activated.

According to Gbovadeh Gbilia, the Ministry of Educationâ€™s Assistant Minister for Fiscal Affairs and Human Resource Development, the project was introduced to find an amicable solution to the many problems faced by teachers in getting their salaries at the banks.

â€œAt the level of the Ministry of Education, we are trying to be innovative,â€ he said. â€œWe are creating means by which teachers can receive their salaries through the most convenient means â€“ the Mobile Money service.â€

He added, â€œWe know how difficult it is for your teachers to spend some four to five hours traveling to Ganta and get their salaries. Sometimes, when they even make their way to Ganta, they had to spend days or weeks to have their salaries paid to them.â€

The minister noted that in the process of teachers seeking their salaries in Ganta, the students are left abandoned.

Gbilia revealed that the project is expected to spread gradually throughout the 15 counties of Liberia, provided that the teachers see it as the best and convenient option.

A factsheet distributed by mStar/Liberia, the implementor of the mobile salary payments project, revealed that 67 teachers had signed up for the service in July. Those signing up are expected to participate for a minimum of three months.

Afterward, the teachers participating in the pilot would have the right to continue or discontinue the service.

One of the beneficiaries of the project, Jacob B. Wazeah, is an instructor at the Tappeh Memorial High School in Tappita.

â€œThis is very, very convenient for me, and has lessened my burden from traveling all the way to Ganta on motorbikes or in the car for hours,â€ he said, after participating in the program for the months of June and July.

Wazeah said he now only spends five minutes traveling by motorbike from his house and another five waiting in line to cash out via Mobile Money. â€œSo, I spend 10 minutes the highest to receive my money,â€ he said.

Wazeah says he will continue using Mobile Money to receive his salary as it has proven to save more time and money over the past two months. He said he previously had to spend L$3000 (US$31) on roundtrip fares between Tappita and Ganta.

The Ministry of Education is jointly conducting this project with the Ministry of Finance, the Civil Service Agency, Lonestar Cell MTN, and USAID.