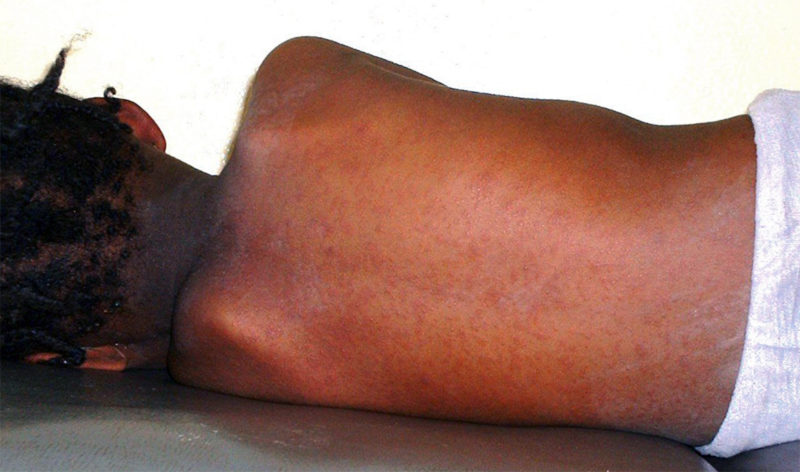 BARCLAYVILLE, Grand Kru â€“ Grand Kruâ€™s County Health Team has confirmed the outbreak of measles in the county, as 73 confirmed cases have been reported, with at least two deaths â€“ a one-year-old boy and an 11-month-old girl.

According to health authorities, the outbreak is concentrated in the districts of Forpoh, Dorbor, Jloh, and Barclayville.

According to Dr. Sianna Jackson Mentoe, the county health officer, of the 73 measles cases reported, 68 are from the area of Parluken, one from Barforwine, three from Dioh, and one reported case in Barclayville.Â At least three of the 73 confirmed cases were tested by the National Reference Lab in Kakata, Margibi, where critical disease surveillance and testing facilities are located.

There is a serious lack of logistical and other critical health support within the county, but this has not stopped the county health team from containing the outbreak. Working with the Ministry of Health, the team expressed confidence it can prevent the disease from spreading and has urged citizens to avoid panicking.

The county health team has also commenced community-level awareness in order to discourage discrimination against those suspected of the disease. Media agencies in the county are already broadcasting information about how residents can protect themselves and what to do in the event of suspected infections.

At a daylong Incident Management System meeting held at the county administration building in Barclayville on Feb. 28, Dr. Mentoe voiced her concern about the lack of functional ambulances to transport patients to health facilities. She also noted that limited drugs, fuel, and other essential supplies such as gloves, protective masks, and operational materials could hinder the countyâ€™s ability to respond to the outbreak.

Mentoe stressed that if urgent actions are not taken to address the situation, a far larger outbreak may result.

In response to the call for support, residents have already begun rallying together to support key health facilities. For example, a committee was recently established, headed by the county superintendent, Doris Ylatun and consisting of prominent county citizens, including Winston Gowabi, a youth representative; Sen. Peter Coleman; and members of the business, religious, and media communities.

For his part, the acting county superintendent, Jacob Karmbor Weah, voiced his administrationâ€™s regret over the measles outbreak and the challenges associated with the lack of basic logistical support. He called the situation an â€œembarrassmentâ€ to the county leadership.

Weah called on all citizens, lawmakers, and the national government to urgently respond to what is an emerging national health emergency.

Meanwhile, the county health team, including its leadership, doctors, nurses, and other health workers, have been hailed for their diligent handling of the crisis over the period, especially as they work under various constraints, including limited or delayed salaries and essential logistical support.