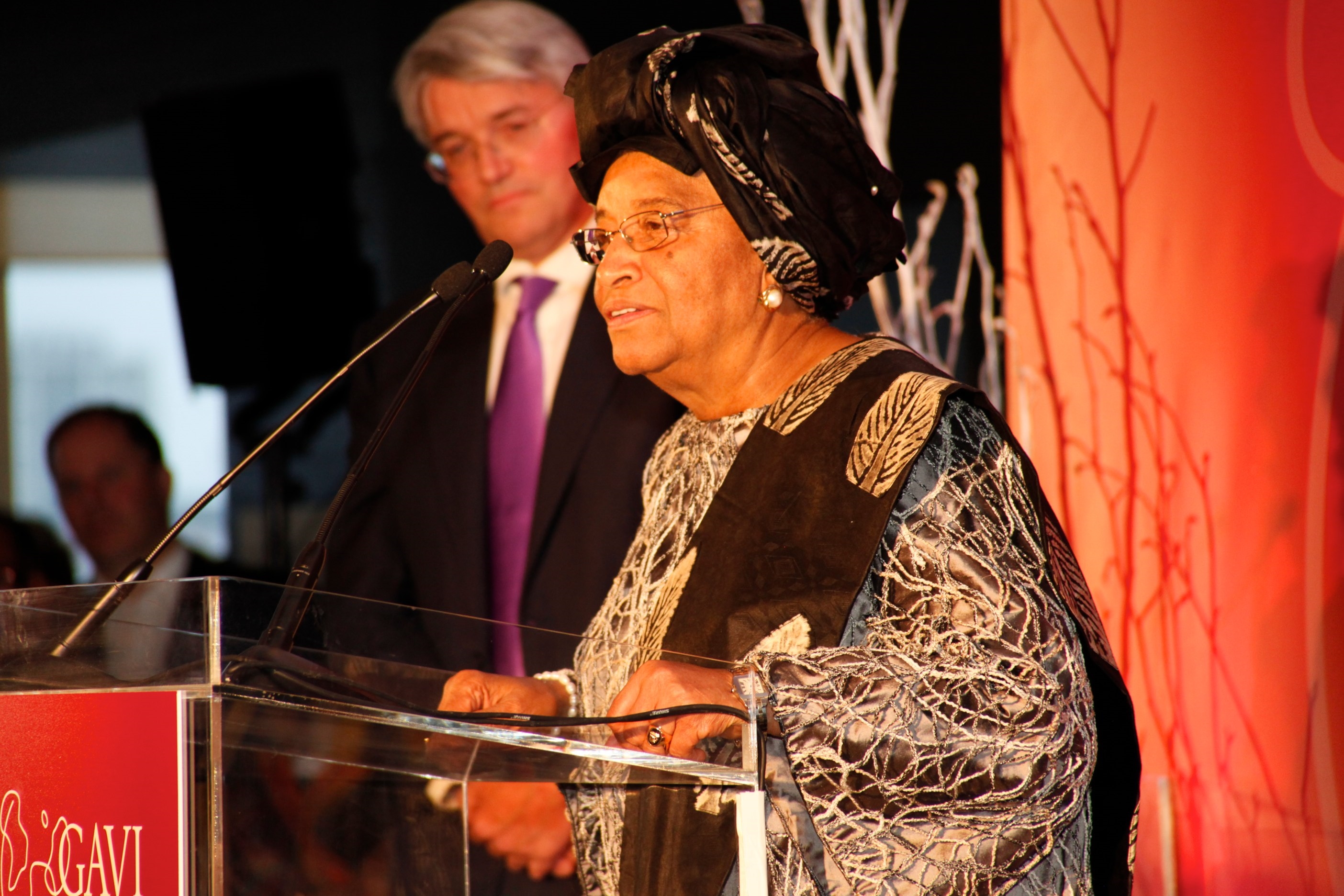 “Corruption, under my administration, will be the major public enemy.” These were the fine words of President Ellen Johnson Sirleaf at her January 16, 2006 inauguration ceremony.

Was this statement strange to Liberians at that time? No. In fact, all preceding presidents had said that in other forms and manners. Looking a little back in our recent history, the military junta that toppled former President William Tolbert and True Whig Party-led government in 1980 accused the regime of rampant corruption.

Interestingly, today, the Sirleaf government is being accused by opposition politicians and some citizens of the same menace.

After a careful analysis of our society and belief system about the public sector, I have come to a conclusion that our governments have failed to succeed against corruption because corruption is practiced at all levels of our society, both in and outside of government. Every government is a product of greater society and if the society teaches and appreciates corruption, the government that comes out of that society will be equally corrupt.

We cannot bring foreigners to run our governments. If we are individually corrupt in our dealings, any government or organization that brings together corrupt individuals, will eventually become corrupt. Due to this sad situation, corruption is truly rampant in government and at all levels of our society. Government institutions see dishonesty and bribery as normal practices which have been institutionalized and cannot be undone. Our police have been accused by both international and local groups of being corrupt. People work in government functions and get rich overnight without being questioned by the public or anti-corruption institutions. The public sees government positions as opportunities to get rich, not as a way to service one’s country. Government properties are seen as “free things” and treated without care and caution. Junior officials are afraid to make changes to the system because their bosses are not interested in making changes to this bad public culture. Our educational system has even been labeled by the president as a “mess” without her making substantial steps towards improvement. Teachers are noted for taking bribes from students for “good” grades. Parents help pay “flexibility fees” for standard procedures to be compromised during West African Examination Council exams. School supplies, intended for needy students, end up in the markets because school authorities “need money.”

A friend of mine, who is attending a teacher training school, told me they were asked to pay US$ 5 for a test to be taken home. What shocks me most is, if the teachers are subjected to this practice, they are being taught to extend it to their own classrooms too.

“Ghost names” continue to be paid with taxpayers’ money even though the actual person died 10 years ago. These very school authorities sometimes end up as Ministry of Education officials. Which new system do you expect from them? Nothing more than the corrupt practices to which they are accustomed. Photo Credits: Bread for the World

Funds from concession companies for community development end up in the hands of few people and are not used for their intended purposes. Contractors abandon community projects or do substandard work after taking huge amounts from county authorities. This too is corruption.

Local NGOs misuse and embezzle donor funds intended for community development projects that poor people need dearly in the villages. This is sometimes done by inflating what is actually spent on projects in the communities. Because of this, while we are told of millions of US dollars spent as development aid, the impact on the ground is dismal.

For example, I saw a district commissioner office in Nimba County that on paper cost US$22,000 to build, but I could not see even US$13,000 value in it. Community saving and credit unions leaders get rich illicitly or dupe their members. When the notorious Ebola virus entered Liberia, most financial saving clubs at the community level reported losses or massive failure of loan repayment. Most of these statements were not true, but the Ebola emergency was used as an easy instrument to trick their members into accepting whatever the officials said.

The death of Tolbert brought the disappearance of the True Whig Party, the death of Doe did same for the National Democratic Party of Liberia, the exit of Taylor is doing similar thing to the once popular National Patriotic Party and it is widely believed that the fate of Unity Party hangs on the presence of President Sirleaf.

The “sale and purchase” of political support is a common occurrence during critical electioneering points like the famous “second round.” For example, after the first rounds of the 2005 and 2011 presidential elections, Prince Johnson’s National Union for Democratic Progress is widely believed to have solicited and received money from the Unity Party for its political support, which was needed for victory in the second round. It obtained the third highest percentage of votes in the first round in 2011 due to its hero-worshiped popularity in vote-rich Nimba. Its demise is largely attributed to conflict associated with the money received. The family home is no exception when it comes to corruption. The wife, for example, takes LR$400 to the market, buys with only LR$250 and never reports the balance LR$150 to the husband who gives the “food money.” Children are not taught basic Biblical principles, like the famous “Golden Rule” which says, “Do unto others as you would expect them to do unto you.” The husband does not report all his income to the wife because another “darling” is somewhere.

Students are mostly without money. Their organizations are marred by corruption too because student leaders often use their positions to live comfortably above those whom they govern. Here again, politicians use student groups as easy platforms for the propagation of their ideologies. These groups, which should be independent, are mostly compromised by their need for money and the desires of politicians to buy the loyalty of students groups.

Even small social organizations like birthday clubs and football teams have corruption in the forms of embezzlement and false declaration of expenditures. Civil society organizations are propagators of dishonesty and corruption because they too solicit funding from politicians who have interests to protect. Sometimes opposition politicians disguise themselves as civil society “activists.” We saw that when a hardcore opposition politician, Mulbah Morlu, was advocating for the establishment of a war crimes court and having public marches in Liberia. This too is deception.

Even churches are corrupt. Offerings and tithes are not properly reported or used. Power politics has even been introduced into church succession procedures, where aspiring bishops and clergy people go to extremes, sometimes attacking each other. All this is done because being a church leader places you in charge of huge funds.

The church, as an institution, is largely tax-exempt on charity grounds, even though most churches do not carry on any charity work. Even individual salaried workers in the church do not pay taxes. The reason, I do not know. Church leaders do business in the name of the church for personal enrichment. This too is corruption. Unfortunately, the fight against corruption may be the biggest deception in our politics. The fight against corruption may not be sincere. National leaders and stakeholders fight corruption only with words, not actions. They set standards that they themselves do not follow. Our leaders go to the best schools in Europe and America, but do not practice what they learn, unlike their Asian or East African counterparts who return to improve their respective countries.

We are our own problem. Westerners can help us, but they cannot think for us. We do not have genuine and indigenously derived development plans, except those ones we borrow from other countries without much customization.

Let’s take a look at some of the insincerity in fighting corruption:

My class was once invited to the Public Accounts Committee’s hearing at the Capitol Building. We were told that there are over 85 audits reports submitted by the General Auditing Commission, since the days of former Auditor General John S. Morlu, which have not been acted upon. The reason again, I do not know. Maybe this is because of the lack of political will or the presence of some “untouchables” on the list of indictees.

We were told corruption would be public enemy number one, but I was shocked when Morlu, who was eager to join the fight, did not have his contract renewed. Who will find a “Lionel Messi” on his football team and tell him to leave? We did it right here in our team to “fight” corruption.

The formation of the Liberia Anti-Corruption Commission was very impressive, but it was made toothless from the very beginning because it lacks prosecution power. It makes people believe it was just an attempt to carry on accommodation in government for certain people. I am also shocked by the fact that the accounts and financial transactions of the Capitol Building, the Executive Mansion and the Temple of Justice have not been audited, at least not to my knowledge. I mention them because they host the heads of all branches of our government. The fight against corruption must be demonstrated by the heads of the three branches of our government. Why then are they avoiding open audits? We must understand the reasons.

The issue of corruption in this country is not a new factor. Governments in recent history have promised to combat it; why have they not succeeded? The answer lies in the rampancy and wide coverage of the practice in all facets of our society. From the grass root levels to the top, corruption is an acceptable norm. Theft of public resources is considered smart while careful treatment of public resources is considered as stupid. People hail corrupt people but disdain people with integrity.

What is a true and hard fact is that corruption is not only in government, it is also at all levels of our society, from the community “susu” clubs to the churches. Accusing our governments have been a normal practice, but it has brought us no results in history. Anti-corruption concepts and doctrines are absent at all levels in our society. When individuals that are corrupt go to work in government, they transport corruption from the individual and community levels to government offices.

Foreigners will not come to run Liberia’s public sector. Only Liberians can. Do not blame only our governments and presidents; our problem is deep-rooted in the nature and structure of our society.