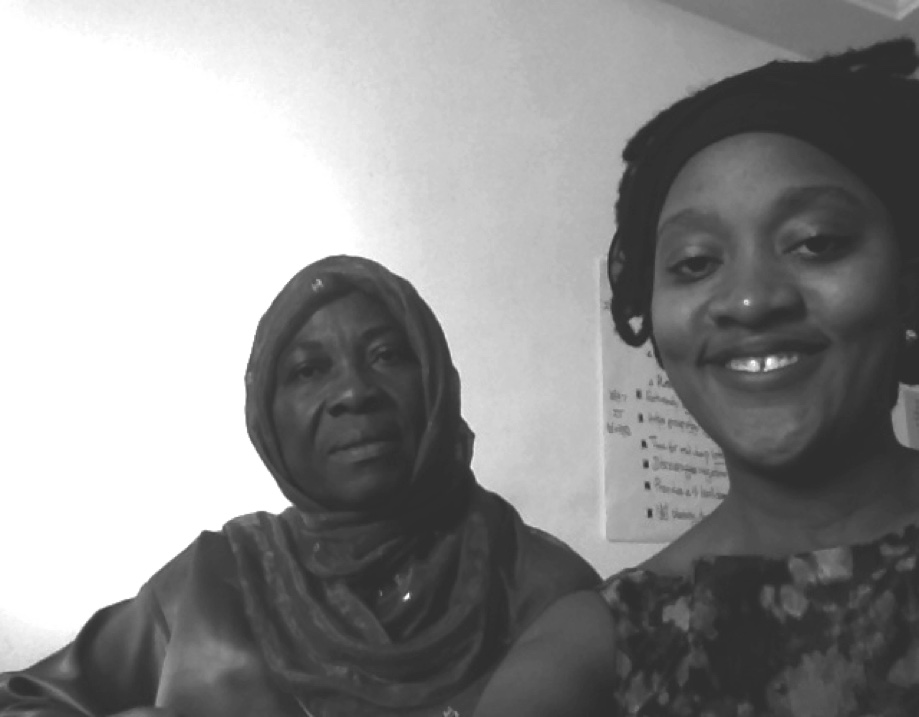 “The brave die never, though they sleep in dust: Their courage nerves a thousand living [wo]men.” â€“ Minot Judson Savage

Thursday, December 13, 2018, was a blow to the Liberian and African Womenâ€™s Movement. A powerful voice succumbed to the inevitable call of death. If such a call came with a warning, we wouldâ€™ve vehemently protested as the fight for womenâ€™s empowerment is far from over. Such is the inevitability of the end of life. As it is said, one by one, we must all leave this earthly abode.

If the measure of a person is reflected in their circle of friends, then Aunty Ruth, as she is affectionately called, is outsized. She effortlessly connects with every generation and saw no class.

I became aware of the name Madam Ruth Caesar during the 2005 elections when she contested to become senator of Montserrado. Then a high school student running for student council president myself, I became interested in women leaders and those at the time running for public offices.

Liberia had finally won her hard-earned peace and the 2005 elections was an opportunity to turn the page toward democratic rule. The voices of women had been resoundingly loud during the quest for peace. Women such as Leymah Gbowee, Asatu Bah Kenneth, Etweta Cooper, Ruth Caesar, and many others were mobilizing locally and internationally to ensure an agreement was reached in Accra to end the civil war.

Reminded that the fight was far from over and the need for womenâ€™s political participation, reinforced by Thomas Sankaraâ€™s call that there is no true social revolution without the liberation of women, the likes of Madam Caesar, Gloria Scott, Ellen Johnson Sirleaf, and others were set to change the course of history.

More women would participate, even though the â€˜glass ceilingâ€™ is half-cracked, the call for gender equality, womenâ€™s economic empowerment, womenâ€™s political participation, and advocacy against violence against women and girls would become part of Liberiaâ€™s social justice and everyday jargons.

Ever since then, Aunty Ruth and I have had many encounters within the women’s movement in Liberia. Myself, as the then-head of the Paramount Young Womenâ€™s Initiative, later at the Ministry of Gender and until my last service at the Ministry of Youth & Sports. Those encounters were pleasant, respectful and jovial.

Weâ€™ve appeared on radio together, at national, local and community engagements, marches and many more, making the case for women. My last fond memory of Aunty Ruth was at a function organized by U.N. Women in 2016. We both shared the same table. I am always fond of the wealth and depth of knowledge these selfless women brought to discourses. A moment with them is an opportunity to benefit from their wisdom. At the meeting and before everyone had settled in, she told me she wanted to be a â€˜Hajaâ€™ for the day and I would teach her how to wear her headscarf. I obliged. A selfie was imminent.

For many years, Madam Caesar had been active in advocacy for Liberia and the Mano River basin. She served as a voice for peace, justice and women’s rights. The lifelong activist is well known for her calm, yet fierce demeanor in the deliverance of her ideas on transformational change and justice for women.

As a founding member of the Mano River Womenâ€™s Peace Network, an organization working to promote peace, security, justice, and womenâ€™s rights, Madam Caesar worked with her counterparts in Liberia, Guinea, and Sierra Leone to ensure a safer sub-region free from violent conflicts.

Notably, between 2000-2003, the passionate and erudite servant was actively engaged within the region attending and organizing meetings, sending letters and memos, and engaging heads of states and development partners to intervene and end the hostilities in Liberia. Some of those meetings were with luminaries such as Kofi Annan, the former U.N. secretary-general; Dr. Mohammed Ibn Chambas, the U.N. special envoy; former Guinean president Lansana Conte; and former Sierra Leonean president Tejan Kabbah.

Liberia suffered the Ebola epidemic in 2014. As many Liberians were eager to leave the country, Aunty Ruth and others worked very hard to curb the epidemic. They mobilized women to use unorthodox safety protocols to care for their loved ones. She later recounted her experience at the Inclusive Security Conference she attended in the U.S. in 2015: â€œWe worked with women on the frontline and devised simple implements due to the lack of medical equipment and supplies. We used plastic bags on the feet and hands. We did not have faucets for water but we used bamboo to serve water to patients. It was more than a health issue. It was a peace issue for women.â€

Aunty Ruth was an ardent devotee to grassroots mobilization and women voices. During the 2011 and 2017 elections, she was a regular voice encouraging women in the trenches to remain engaged in the process and young people to remain peaceful.

The struggle for womenâ€™s inclusive participation is far from over. With all the successes, the situation remains critical. It’s 2018. In a country where women account for half the population, they represent less than 20 percent of their national government. Womenâ€™s representation in the security sector remains low, and violence against women and girls is on the increase. Both the Domestic Violence and Womenâ€™s Political Representation bills still linger in the National Legislature.

Mother Ruth, as you take your rest and disembark the bus, the voices left behind will continue the journey where you left off.

There is a much needed or somehow long belated intergenerational dialogue with women leaders. It has been a long and tedious journey for women since the beginning of Liberiaâ€™s formation. As one generation of women leaders ages on, there is a need for dialogue, mentorship, and togetherness.

The war on womenâ€™s bodies, voices, and spaces cannot be fought singlehandedly or by a few. Women leaders must work side by side, even in disagreement.

Aunty Ruth was a unifying force for women in and out of her generation. As she prepares for a final resting place, we must reflect on how far we have come, celebrate the successes and chart a new and collective course.

To the family of our dear patriot, mother, and womenâ€™s rights activist, take heart. It is indeed a great loss. Mother Ruth was yours personally and biologically, but she lived a selfless life for a cause bigger than herself. She worked to prepare a country for generations unborn. She will be missed dearly, but her struggles, voice, and memories live in our hearts. Take solace in her memories.

Take your rest dear powerful one. We will remember your calmness, your majestic walk, and ever smiling aura. Tell Mother Mary Brownell and others the struggle continuous unrelentingly.