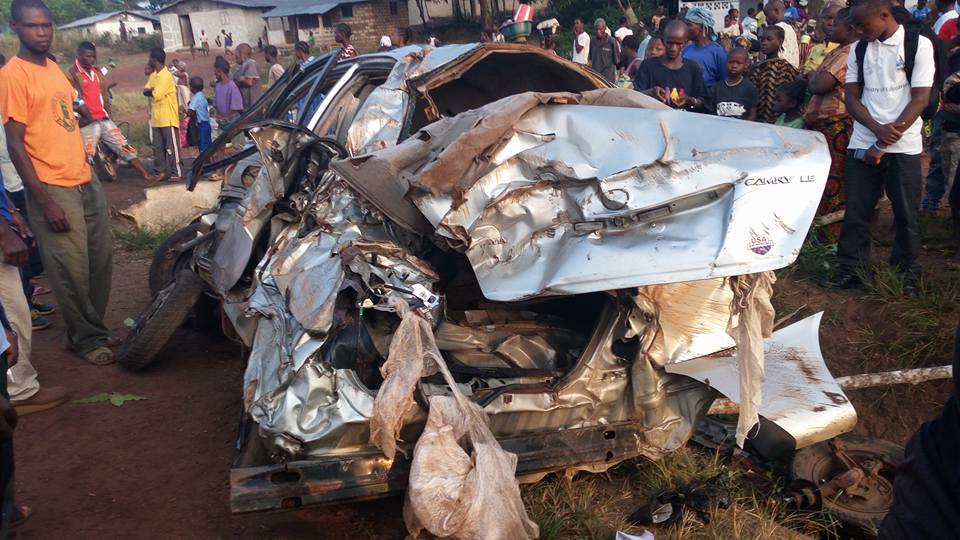 GBARNGA, Bong â€“ Two persons have been reported dead as a result of a road traffic accident along the Gbarnga to Phebe stretch of the highway in Bong.

The accident occurred last Wednesday at about 1:30 a.m. Four occupants, including the operator of an unregistered silver Toyota Camry, sustained serious head and body injuries for which they were rushed to the nearby Phebe Hospital.

Upon arrival, Dixon Wreah, the operator and owner of the vehicle, and Eddie Zomoway, a lecturer at Cuttington University, were pronounced dead by a medical doctor on duty.

The other two passengers, Jerome Martin and Abraham B. Sarwah, were admitted to the medical facility. They have since been discharged and are gradually recuperating.

Meanwhile, theÂ police investigation has revealed the cause of the accident to be speeding. Police also said the driver was operating without a license.

â€œPolice investigation into the cause of this accident revealed that the operator was traveling from Phebe direction towards Gbarnga and reaching Melekee Town,â€ the police report read. It said the vehicle was moving much faster than the 35 mph limit and as a result, â€œran off the pavement about 160 feet and somersaulted off the road.â€

Augustine S. Kannah, the local chief of traffic of the Bong County Police Detachment, is calling on motorists to avoid speeding, especially during night hours.

Kannah told Radio Gbarnga in an interview that many drivers were now seeing the newly paved road as an opportunity to speed. However, he warned that it was destroying lives and properties.

â€œThe LNP is appealing to our drivers to limit the speed,â€ he said. â€œWe are now in the Christmas and New Year seasons. There are lots of people traveling now and the roads are busy.â€