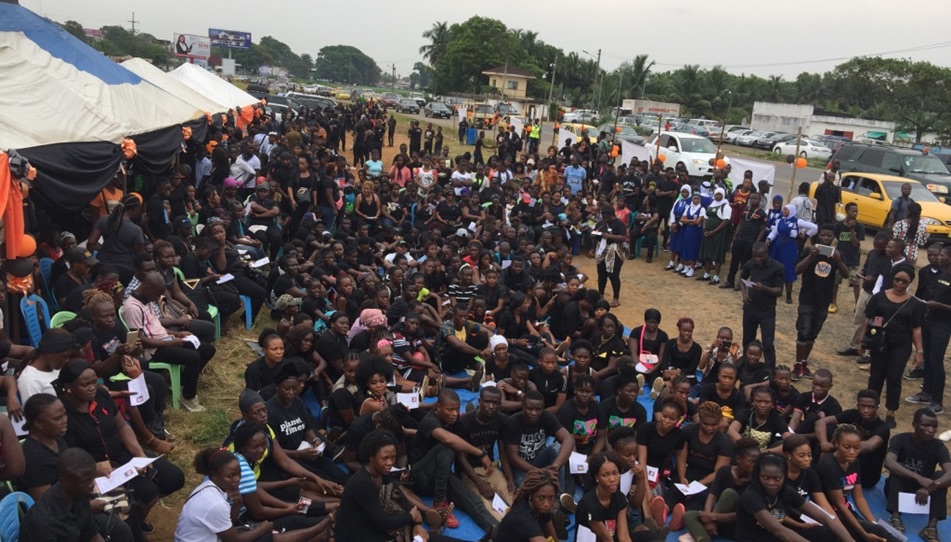 MONROVIA, Montserrado â€“ Activists are gathering for a mass sit-in today at the Monrovia City Hall to demand actions from the government to end violence against women.

The protest follows the continuing and pervasive violence against women in the country, the organizers say, such as the recent attacks on female candidates in the Montserrado senatorial and representative by-elections.

A statement from the Liberia Feminist Forum said the government must move beyond condemnation and act in accordance to its constitutional mandate to provide protection for all citizens, irrespective of gender.

â€œThe Liberia Feminist Forum and other women and human right organizations in Liberia are deeply concerned over the continuing wave of violence against women and girls in Liberia. More recently, the violence in District 15 by-elections on August 17, 2019, involving a female political candidate, Ms. Telia Urey,â€ the statement read.

The statement also reminds the government of similar acts of violence against another female candidate in Montserrado 13th district by-election, Cornelia Kruah-Togba, and the leaked sex videos during the 2017 elections.

It further noted that violence against women, be it domestic, economic, political, sexual harassment, rape, or abuse, continues to be the most pervasive human rights violation affecting women and girls in the country.

This, the group said, continues to deny women freedom, autonomy, access, and opportunities, as well as marginalize their voices, participation, and ability to exercise their civic and political rights.

The Liberia Feminist Forum said the violence could undermine the peace that was hard fought for and won by Liberian women. They said it could also encourage a culture of impunity that promotes the low socio-economic status of women and girls.

â€œWe note that the failure on the part of the government to fix the justice system and ensure timely access to justice is eroding citizens, especially women, trust and confidence in the state as the primary duty bearer,â€ the women said.

â€œThis comes despite our demands to take measures to protect women and girls from violence and recommendations we have put forward.â€

The women are also demanding that the government recognize, as enshrined in the constitution and national policies and actions plans, that violence against women is a violation of womenâ€™s fundamental human rights and that failure to address violations promotes gender inequality, which can adversely impact the economy and inhibit inclusive and sustainable development.

â€œIn this regard, we hereby call on the government of Liberia to speedily investigate these incidents and ensure all perpetrators are brought to justice,â€ they also noted.

â€œWe are also calling on all political parties and stakeholders concerned to operate within the confines of the law. It is our hope that those with grievances will use judicial means to address their issues.â€

They are also demanding the strengthening of the capacity and resourcing of the Women and Child Protection Unit of the police and Criminal Court E, by considering a budgetary allocation to the institutions and support services for survivors.

The Liberia Feminist Forum is also demanding that the National Elections Commission uphold its mandate to act swiftly in addressing political parties found liable in perpetrating acts of violence and commence a nationwide public education on protecting womenâ€™s civic and political rights.

The mass gathering is scheduled to begin in the morning.