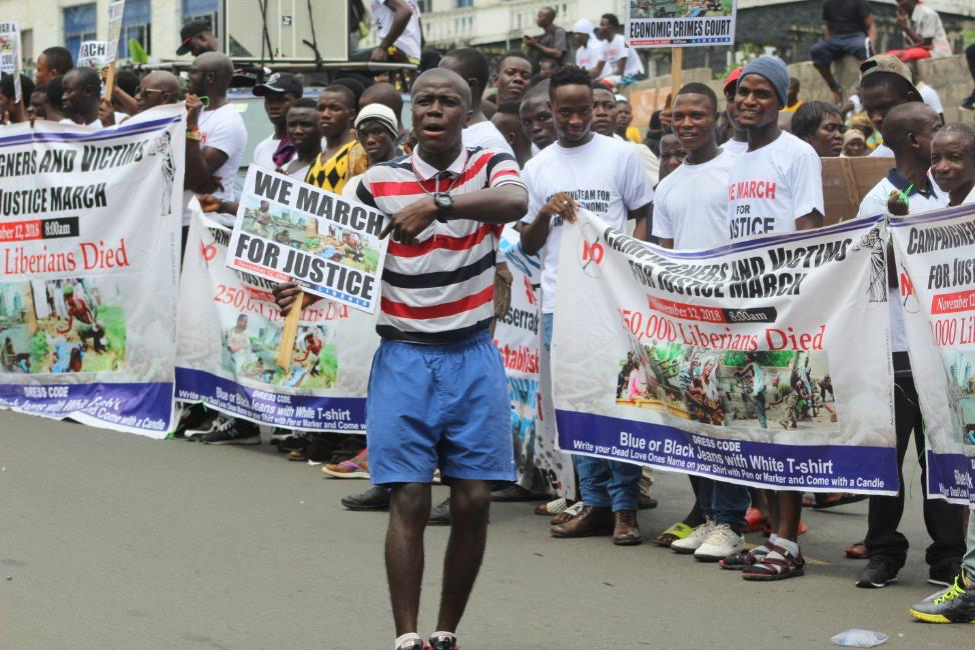 MONROVIA, Montserrado – Human rights advocates in Liberia are disappointed over the failure of President George Weah to make any commitment to establish a war crimes court during his third address before the United Nations General Assembly on Wednesday.

Nearly two weeks ahead of the president’s address, more than 40 human rights organizations, under the umbrella of Civil Society Organizations Human Rights Advocacy Platform, called on the president to commit to the establishment of a war crimes court in his address to the U.N. General Assembly.

In a letter to the president dated September 10, the civil society organizations said their call was in line with Weah’s commitment during the previous assembly to engage stakeholders in determining pertinent issues needed to establish the special court.

The group said the president had told world leaders during last year’s assembly that his commitment was in the wake of “a rising chorus of voices from many quarters, calling for the establishment of an economic and war crimes court.”

“These voices include not only thousands of war victims but also some of the alleged perpetrators who seem to wish to either clear their names or their conscience,” the president was quoted as saying.

“Support for the establishment of the court has also been voiced by many international organizations, as well as some of our international partners.”

The group says it has been nearly one year since the commitment was made, without enough concrete progress made.

“We know COVID-19 has brought unique and unprecedented challenges to Liberia, which have delayed progress in many areas of the country. We believe some steps toward ensuring accountability in the country should be possible even in this environment, however, and this will help ensure the needs and rights of victims of brutal crimes committed in Liberia’s wars are met,” the CSO human rights advocacy platform noted.

On Wednesday, President Weah addressed the 75th assembly of world leaders virtually but made no mention of efforts towards establishing a war crimes court in Liberia.

The secretary-general of the platform, Adama Dempster, has described the situation as a missed opportunity for the president to show support for war victims. Dempster told The Bush Chicken that Weah’s action also indicates his administration’s support to warlords and alleged perpetrators over war victims.

“The uncounted political positions warlords and alleged perpetrators [of war crimes] continue to hold justify his support – the fact that you have more ex-fighters in the national security system,” he said.

According to Dempster, it is now clear that only international pressure, backed by sanctions, can move Weah to establish a war crimes court.

“All efforts at the local and national levels have been pushed, yet he is careless to establish the court,” he noted. “Like the case of Ellen, it was international pressure that made her turn Charles Taylor over to the U.N.-backed special court in Sierra Leone.”

The civil society leader sees it as unfortunate and disappointing where the president puts his personal and political interests above the plights of victims of war crimes.

Sharing
Tags Adama Dempster
Contributions to The Bush Chicken are not tax deductible.