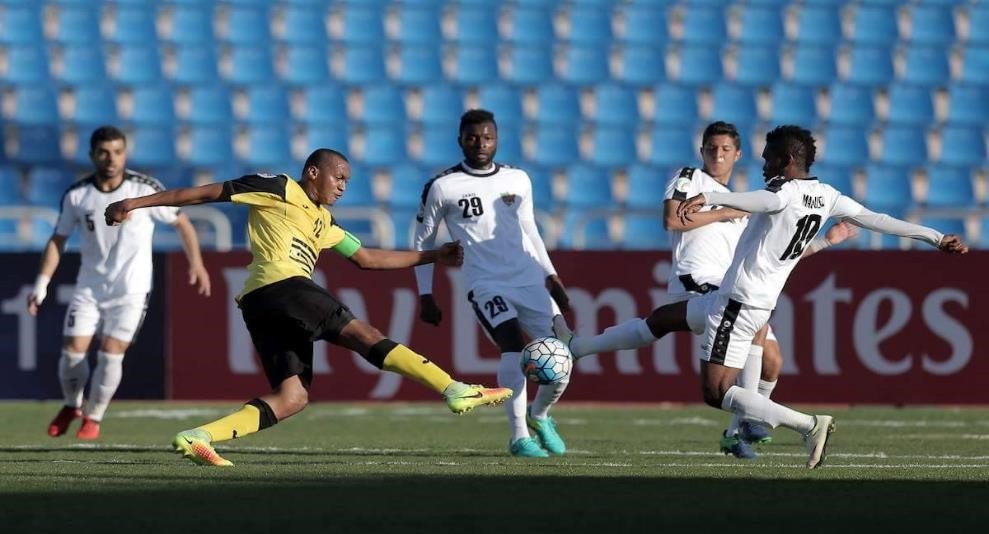 The group stage of the 2017 Asia Football Confederation Cup has come to an end with all three Liberians participants bowing out of the competition after their respective clubs failed to reach the knockout stage.

Before the final round of matches, Jordan-based Liberian duo, Teah Dennis and Marcus Macauley exited from the competition after their club, Al Ahli, suffered a 2-1 defeat at home to Al Jaish. AÂ  win for the Jordan side against Iraqi club, Al Zawraa, in their final group match would have meant nothing as they would have failed to reach the top two spots in Group A.

Despite being booted out of the competition, Ahli never gave up their fight against the Iraqi side, forcing them to a 1-1 draw away from home. An early goal from Ahmed Alessawi looked to have given Ahli a win in their final game until Zawraa pulled in with a late minute equalizer.

Ahmed gave Ahli the lead in the fifth minute and they held on to the narrow lead until Zawraa got the equalizer in the stoppage time of the match. The Iraqi Premier League club leveled the score from the penalty spot through Alaa Zahrah to deny Ahli from getting the three points.

Ahli finished third in Group A with six points from six games. From the six matches played, Ahli drew three, lost two, and won just one. They will now focus on the Jordanian league, where they are seated seventh with 26 points from 21 matches. Meanwhile, Zah Krangar’s Felda Unitedâ€™s hopes of reaching the knockout stage died on the final day of group matches following a 4-1 humiliation away at Vietnamese club, Ha Noi. Prior to the final game, Felda had a slim chance of going through to the knockout stage.

The Malaysian club needed to beat Ha Noi by four goals and avoid conceding with the hope of first place Ceres getting a win over third place Tampines Rovers. A 4-0 win would have seen Felda leaped to the second position, level on points with Ha Noi but lead on goal difference.

However, it was a different story after the final round of matches after Felda stumbled to a 4-1 defeat away at Ha Noi. The Fighters finished bottom of Group G with five points from six matches.