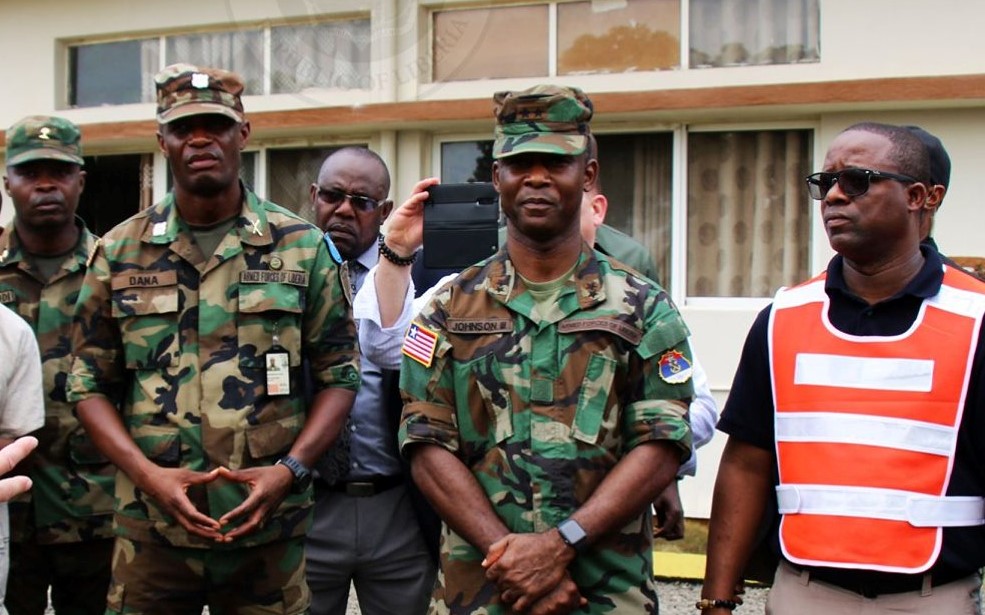 MONROVIA, Montserrado â€“ The chief of staff of the Armed Forces of Liberia and other high ranking AFL officials are set to testify today in the economic sabotage trial against Brownie Samukai.

Cllr. Arthur Johnson asked the judge to allow the officials â€œto appear and testify for and on behalf of the state regarding the AFL internal reconciliation investigation.â€

The request was made after the prosecutionâ€™s second witness, Marc Kollie, the chief of investigation of the Liberia Anti-Corruption Commission, took the stand on Thursday.

Judge Gbeisay also mandated the courtâ€™s clerk to serve a subpoena requiring EcoBankâ€™s management to produce all relevant documents, including bank statements and vouchers, of the AFL accounts in question from the date of establishment to November 3, 2013. EcoBankâ€™s officials have a week to deliver the documents.

The case in question stems from charges against the defendants brought by the governmentâ€™s Assets Investigation, Restitution and Recovery Team, or AIRRT, headed by Cllr. Arthur Johnson. Established in 2019 by President George Weah, AIRRT is tasked with revisiting past audit reports in which former government officials were found culpable in the misapplication of public funds and assets. The team aims to recover the assets.

The indictment alleges that Samukai and his co-defendants wrongfully deducted monies from a contributory savings fund they set up for AFL soldiers in August 2009. As then minister of defense, Samukai is accused of misapplying an estimated US$1.7 million of the officersâ€™ welfare and supplementary pension benefits fund.

According to the indictment, the defendants also criminally withdrew US$852,860 from the account and expended that amount on activities already covered under the Ministry of National Defenseâ€™s allocations in the national budget.

Moreover, the defendants installed themselves as the lone signatories to the pension accounts, excluding the armyâ€™s chief of staff and other high-ranking officers of the Ministry of National Defense.

Even though the fund was established to provide benefits to wounded AFL soldiers and the families of deceased soldiers, as well as supplement pension packages to personnel of AFL upon retirement, none of these purposes was fully pursued by defendants while they managed the funds.