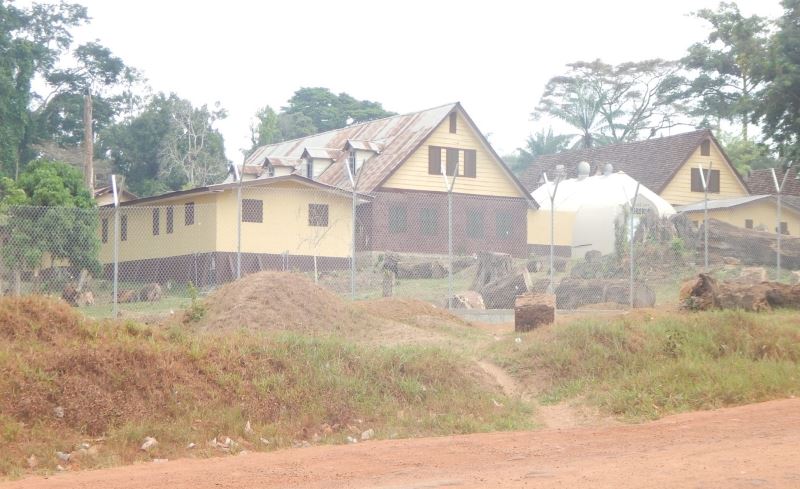 The hospital, which is owned and operated by the Liberia Annual Conference of the United Methodist Church, has been providing health services to residents of Nimba and those from neighboring Guinea and Ivory Coast since it was founded in 1945.

According to the administrator of the hospital, Patrick Mantor, there have been several challenges faced by past administrations which prevented the hospital from taking on the project to fence in the compound. He said the lack of finance was the major barrier.

Mantor said the fencing, which will cost US$42,000, will be completed before mid-April this year. He made the disclosure to reporter Presley Boozan of Radio Kergheamahn over the weekend in Ganta in an interview at his Ganta United Methodist Hospital office.

â€œBut however, we are moving slowly but surely, and this is a very great project that will really benefit Ganta Hospital and its environs,â€ he said.

â€œI am really happy,â€ the hospital administrator added. â€œThis fence project will provide security for the hospital, the properties, the staff and even the patients.â€

Mantor said 90 percent of the funding for the fence is from the Christian Health Association of Liberia, or CHAL.

â€œOur German partner through the Christian Health Association of Liberia is providing funds for the project,â€ he said. â€œBut we are obligated as Ganta Hospitalâ€™s administration to provide 10 percent of the total project cost â€“ that is in the amount of US$4,852. This money we are responsible to pay and we have given it to the project already.”

Mantor highlighted several achievements at the hospital so far since taking over as administrator of the hospital in March 2014.

â€œWe renovated two of our doctorsâ€™ residences. Weâ€™ve completed a building to host people coming in and out of the hospital, and have refurnished the hospital conference room, and as I speak, renovation works are ongoing on the hospital administration building,” he said.

â€œWe are going to modernize this hospital administrative building within the next three weeks,” he said.

Mantor praised CHAL for providing the hospital with US$12,000 that was used to renovate some bathrooms of the hospital and the obstetrics ward. He said the hospital is doing everything possible to raise US$26,000 for the modernization of the labor and deliverance wards.

Mantor added that, â€œThis will see improved laboratory equipment being brought in at the hospital; thus getting the hospital on a true footing of a referral hospital. All these are future plans which may not be completed during our administration, but in future to come.â€