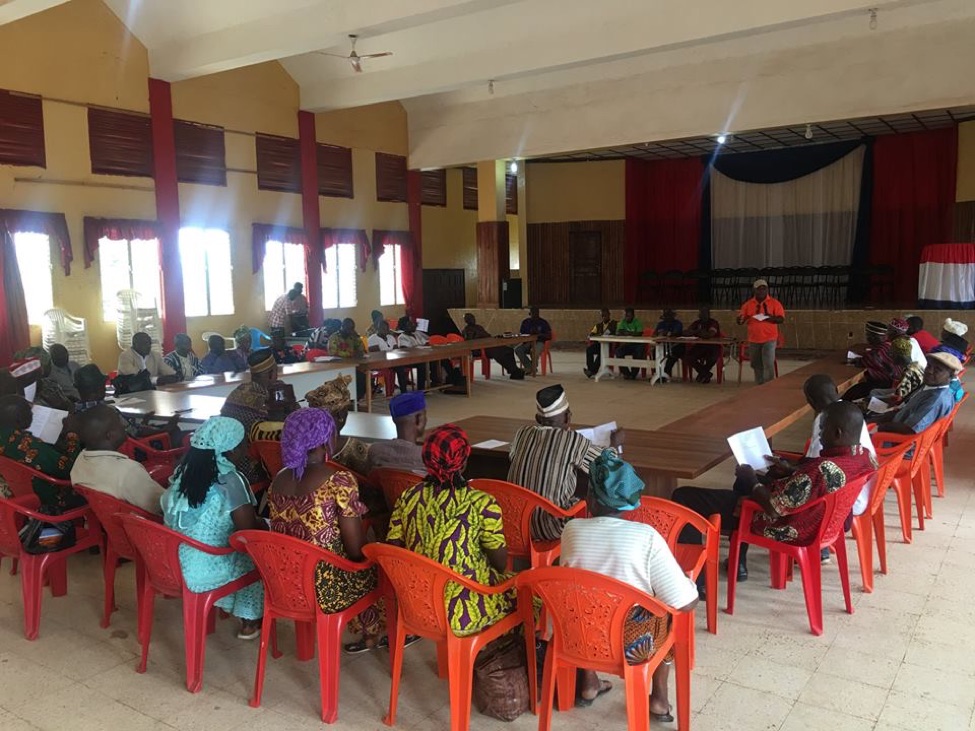 GBARNGA, Bong â€“ Traditional leaders and actors of the formal legal system in Bong have agreed, through a memorandum of understanding, to collaborate to better ensure that citizens can access justice in the county.

The MOU was signed recently in Gbarnga under the arrangement of the Bong County Security Council with support from Mitigating Local Disputes in Liberia, a U.S. Department of State-funded program.

The Bong County Security Council was launched in 2015 to allow the Liberian government to decentralize security governance in the country.

The co-chairperson of the Bong County Security Council, Frederick Nepay, said the signing of the MOU followed a recent mediation meeting in the county where traditional leaders and justice actors raised issues of interferences with the execution of their respective duties.

â€œWe are in this room today because we understand that small, small problems were coming among the court people, the police people, and the traditional people,â€ said Nepay, who is also superintendent of police in Bong.

He noted that the agreement will help the different actors clearly understand their roles, responsibilities, and limitations in ensuring that citizens have access to justice and that there is limited interference caused by different stakeholders intervening in cases.

Several months ago, Bong witnessed several disruptions of justice where magistrates were chased out of courts by traditional leaders who used traditional masked dancers to do so.

The latest happened in Foequelleh in Bongâ€™s fourth district where traditional leaders forcefully prevented the magistrate on duty from ruling in a case involving a local zoe â€“ a high ranking traditional leader â€“ and another person.

The traditional leaders at the time claimed that the magistrate did not have the authority to judge a zoe. 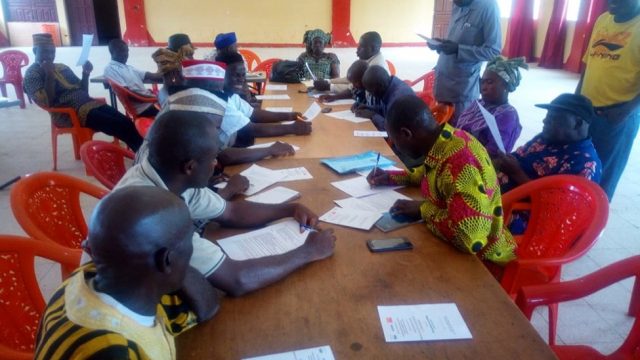 Traditional and local leaders in a working session before the signing ceremony. Photo: Moses Bailey.

It also prevents the establishment of Poro and Sande traditional schools during academic instructional periods and bans forceful initiation of members to the various school.

The agreement further recommends â€œconstant engagementâ€ between justice actors and traditional leaders to resolve issues of concerns with regard to their different roles in the justice system.

The signing ceremony, held recently at the Administration Building in Gbarnga, was attended by magistrates, the police, traditional leaders such as zoes and chiefs, members of the media, and officials of Mitigating Local Disputes in Liberia.

In line with the National Security and Intelligence Act of 2011, the Bong County Security Council is required to hold monthly meetings, during which time, security information earlier collected are shared and managed by key stakeholders of the county.

Sharing
Tags Frederick Nepay
Contributions to The Bush Chicken are not tax deductible.