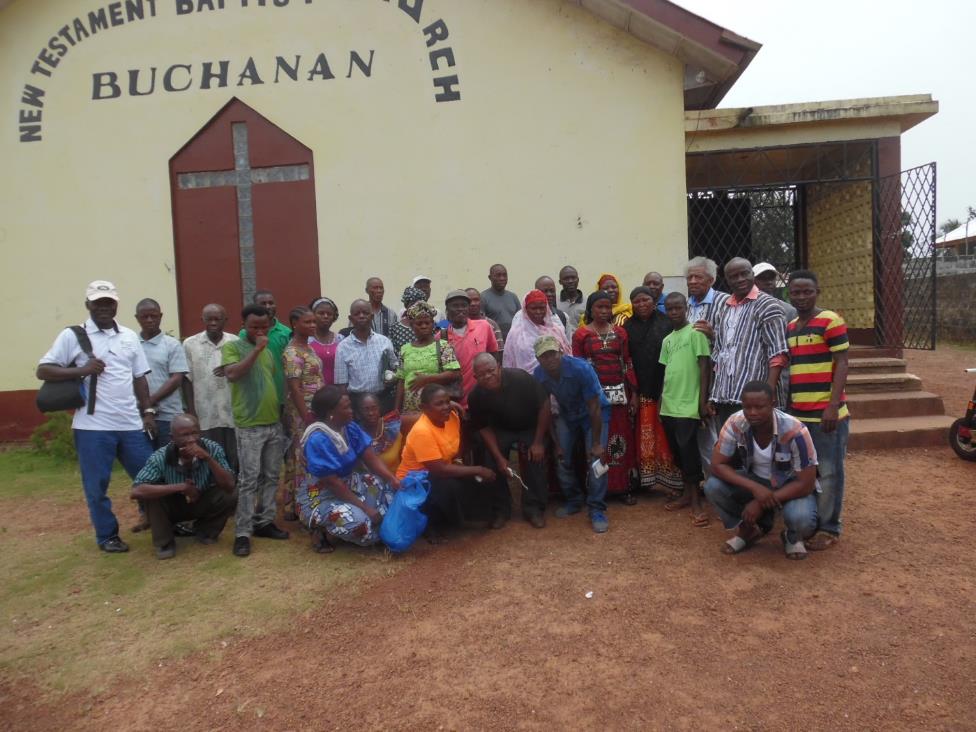 MONROVIA, Montserrado â€“ After a visit to five of Liberiaâ€™s 15 counties with retired Massachusetts State Representative Benjamin Swan, the founder of the Universal Human Rights International, Torli Krua, is calling for a citizen-driven change approach to reforming Liberiaâ€™s political system.

Speaking to journalists in Monrovia at the end of his visits to Nimba, Bong, Grand Bassa, Margibi and Montserrado, Krua said citizens can change the status quo if they get actively engaged in actions and initiatives that would drive their goals. [Disclosure: Krua is a co-founder of The Bush Chicken].

According to him, the assessment was a continuation of consultations held with diaspora Liberians on approaches toward Liberiaâ€™s growth.

â€œThrough our consultative meetings with diaspora Liberians and a cross section of their family members, we met on a tour of five counties,â€ Krua said. â€œWe have concluded that Liberiaâ€™s economic problems can be resolved, but it will take the collective efforts of all Liberian and international partners.â€

He said there are three main areas to focus on: the problems of excessive salary and benefits of politicians and top government officials, the involvement of the Liberian diaspora in the development of the private sector, and the motivation of voters in registering for systemic change.

Krua said amid corruption, high taxes and tariffs, coupled with a dysfunctional system of governance, one of Liberiaâ€™s real problems remains a lack of input from citizens as the masters of democracy to determine the benefits and salaries of those aimed to serve them in public offices.

Krua said without citizensâ€™ input, public service would remain the avenue for politicians to enrich themselves to the detriment of the republic.

â€œDemocracy is not mere elections. The people have a right to demand fair remunerations for those who seek to serve the public,â€ he said. â€œLiberia, as Africaâ€™s first independent republic, has the responsibility of reversing this undemocratic trend of excluding the peopleâ€™s input in determining the compensation public servants get for their services, thus resulting in countless ritualistic killings and political violence.â€

Working with civil right leaders from across the US to boost votersâ€™ passion for change, Krua said many citizens have told the Universal Human Rights International that the widened gap between wealthy politicians and poor citizens is making many of them less likely to register or vote in the October presidential and representatives elections this year.

â€œWe ask everyone to join us, including high-profile American civil rights leaders, to motivate Liberians to register and to vote for systemic change,â€ he said. As a means of resolving the economic problems, Krua is calling for visa waivers for Liberians living abroad. He said citizens living abroad left because of war and unfavorable conditions and they can now help change their country.

He praised President Ellen Johnson Sirleaf for encouraging diaspora Liberiansâ€™ inclusion in the nationâ€™s rebuilding processÂ but said much more is still required.

â€œFor the past 11 years, President Sirleaf has underscored the importance of the role the Liberian diaspora plays in Liberiaâ€™s recovery. She has even called for dual citizenship for the Liberian diaspora. What has not happened is that the tool of an executive order has not been used to grant visa waivers and welcome all Liberians who were forced into exile by civil wars,â€ Krua said. â€œWith the talk of dual citizenship, there remains deep distrusts and discontent among ordinary Liberians who lack access to visas for America, Europe and Australia.â€

He added that the historical hegemony of Americo-Liberians in the past and the current excessive salaries and benefits of diaspora Liberians and lawmakers in the government have made dual citizenship unrealistic in the past decade.

â€œLiberiaâ€™s doors remain shut to tens of thousands of refugees forced into exile because of the civil war,â€ Krua said. â€œConsular services are non-existent or poor in many places overseas.â€

However, he said because of ECOWAS, over 300 million ECOWAS citizens come to Liberia for business purposes without a visa. According to Krua, these citizens, when they are succeeding, will import or hire their relatives to join them, who all will, in turn, send their money back home to their native countries when they make profits.

He said while Liberiaâ€™s doors are opened to ECOWAS citizens, they remain effectively shut to Liberians forced into exile by government and rebel forces. Those exiled Liberians are, however, sending money back home to their families, Krua said.

According to him, if Liberia opens its doors to 300 million ECOWAS citizens, it must as well open its doors to 10,000 members of Liberian diaspora because of the right of return of refugees, which he said is an international law.

â€œWe hope that the government is going to take an initiative to issue an executive order or the appropriate to bill to ensure that those who fled this country can return and not just participate in government, but also engage in the private sector, because the private sector controls the economy of the country,â€ Krua concluded.