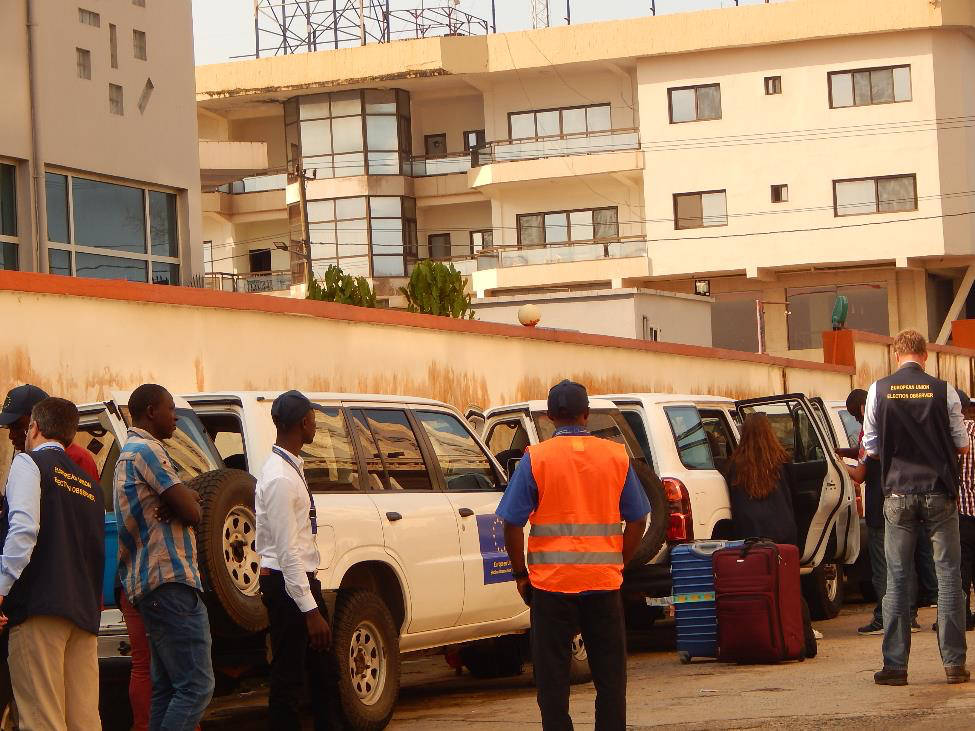 MONROVIA, Montserrado – A day after the announcement of the official date for the presidential runoff election, the European Union Election Observation Mission to Liberia has redeployed its 20 longterm observers across the country.

E.U. Mission deputy chief observer, Alessandro Parziale, said the observers arrived on Sunday, after departing the country following the end of the first round of the elections on October 10.

Parziale said the observers were deployed in teams of 10 in all regions of the country to observe the December 26 poll.

“Like the last time, they’re staying until after the election to also observe the tallying procedures,” he said.

He said, as of Wednesday, the E.U. observers would start to observe the period of political campaigning and preparation for the conducting of the election.

Parziale stressed the importance of Liberians taking charge of every step along the way, noting that this was their process.

On Tuesday, the National Elections Commission announced December 26 as the date for the runoff election between the Unity Party and Coalition for Democratic Change.

The election was originally set for November 7 but was delayed due to a writ of prohibition filed by the opposition Liberty Party to the Supreme Court because of alleged irregularities and fraud.

The Supreme Court, after ruling on the case on Thursday, December 7, ordered the National Elections Commission to proceed with the presidential runoff election.

The E.U. Observer Mission, in an earlier statement issued, disclosed that the final decision of the Supreme Court reflected key findings of the mission, as was released in its preliminary statement.

According to the statement, the court’s ruling would enable voters to fulfill their right to elect their next President.

“This decision is an important contribution to the democratic capital built so far in Liberia,” the statement read.

According to the statement, Chief Observer Maria Arena disclosed that laying to rest the electoral complaints would permit the elections to proceed.