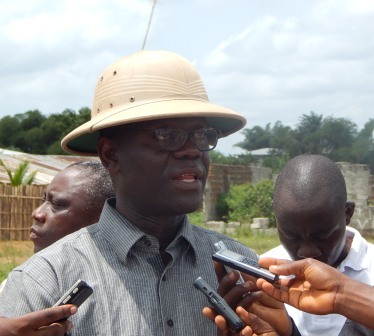 He asked lawmakers to allocate more money in the national budget to support the Armed Forces of Liberia and other security agencies in the country.

Buway told reporters in Kakata that the lack of sufficient vehicles, uniforms, housing, and other security needs are key factors that may hamper security operations if they are not addressed.

â€œLow salaries and allowances are among the numerous challenges facing the security sector that need to be addressed before UNMILâ€™s security transition deadline in June,â€ he added.

If the security sector must remain effective, he said lawmakers must place more focus on addressing its challenges.

He praised the United Nations and the other organizations in the international community for their support to the country during difficult periods.

At the same time, Buway called on Liberians to see the justice system as the best place to get redress and resolve issues.

â€œThe best place to solve our problems and settle our differences is through the justice system,â€ he noted.