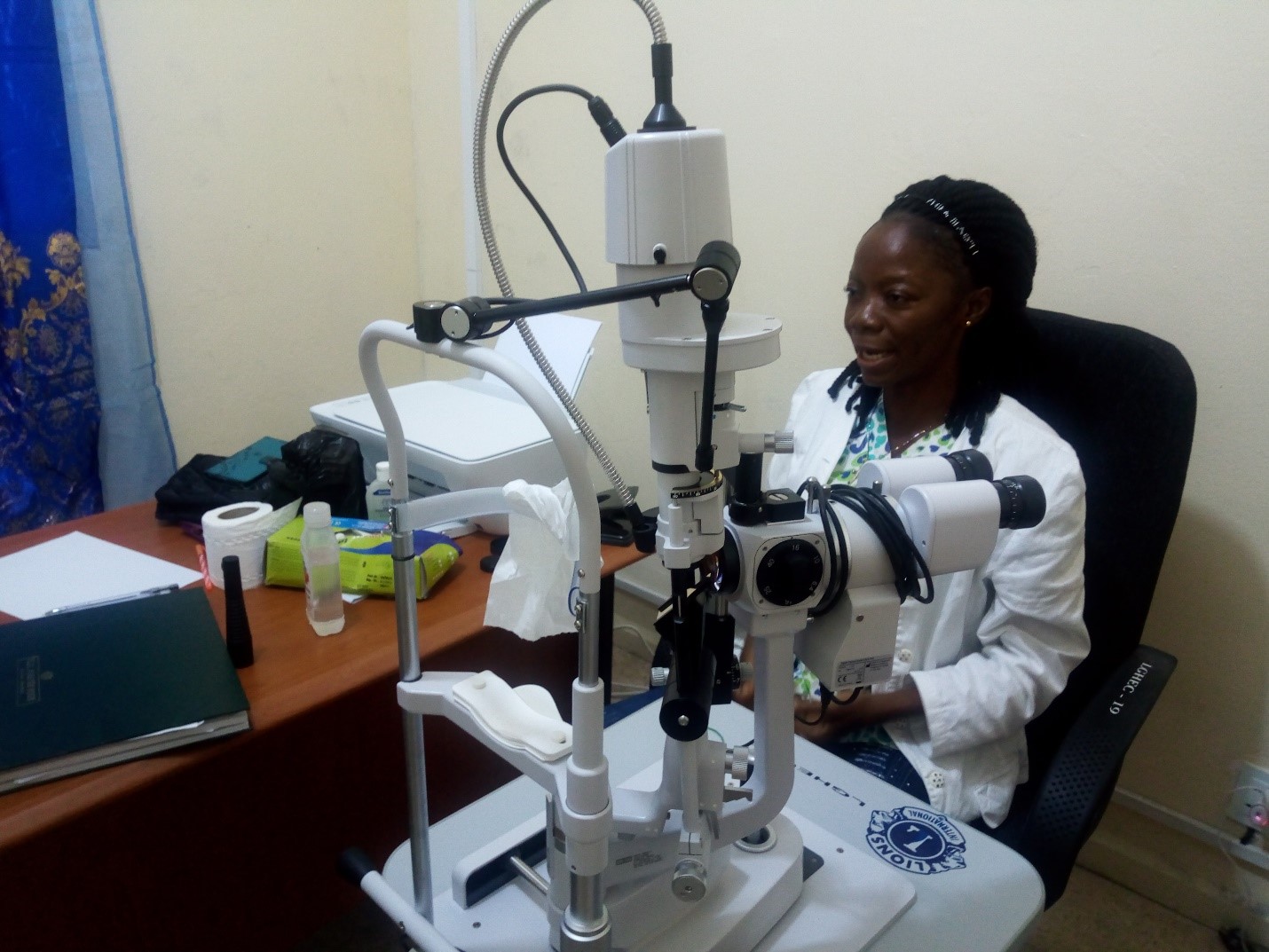 The screenings come as the hospital plans to soon open the eye center to the public.

World Sight Day is an annual event to create awareness about blindness and visual impairment. It is held on the second Thursday of October each year.

On Monday and Tuesday, nurses deployed at the eye center screened the patients and provided medication and glasses for free. Of those screened, 16 will go for surgical operations while the rest were deemed to have minor visual impairment cases and have been given glasses or medication and discharged.

The operations for the 16 persons is expected to be completed by Friday for the official launch of the eye center in Buchanan.

Speaking to a team of journalists, a cataract surgeon at the eye center, Youngor Zayzay, said the launch of the center will end the week-long program.

â€œOf the 16 patients, some of them are blind in the two eyes while others only their one eye is blind,â€ she said, noting that most of the patients screened are suffering from glaucoma and cataract.

â€œBut the leading causes of blindness now are cataract and glaucoma. Most of our patients that came have pressure in the eyes and cataract,â€ she said. â€œFor cataract, itâ€™s treatable. So, those that are blind from cataract, we will do their operation, but those with glaucoma, itâ€™s irreversible.â€

Zayzay said the hospital would reach out to community dwellers to visit the clinic for consultations about problems with their eyes. She urged the public to use the eye center, instead of relying on traditional medicine.

A patient being screened at the center, Solomon Nyanati, said he has been suffering from poor vision in recent times. He explained that he had visited several hospitals to examine his left eye, which has been red and made his vision dull. He feared he would lose his sight until he visited the eye center, where he was given medication and glasses after he was screened by the nurses.

Another patient, Tonia Watson, said he had developed a poor sight and feared that his condition would leave him completely blind.

â€œI expect my eyesight to be improved again from here because it is embarrassing,â€ Watson said. Â â€œAt age 61, to get blind is not easy. I hope that everything will be good after the treatment.â€

The Liberian Government Hospital is using a refurbished wing of ArcelorMittalâ€™s private hospital as the eye center for now.