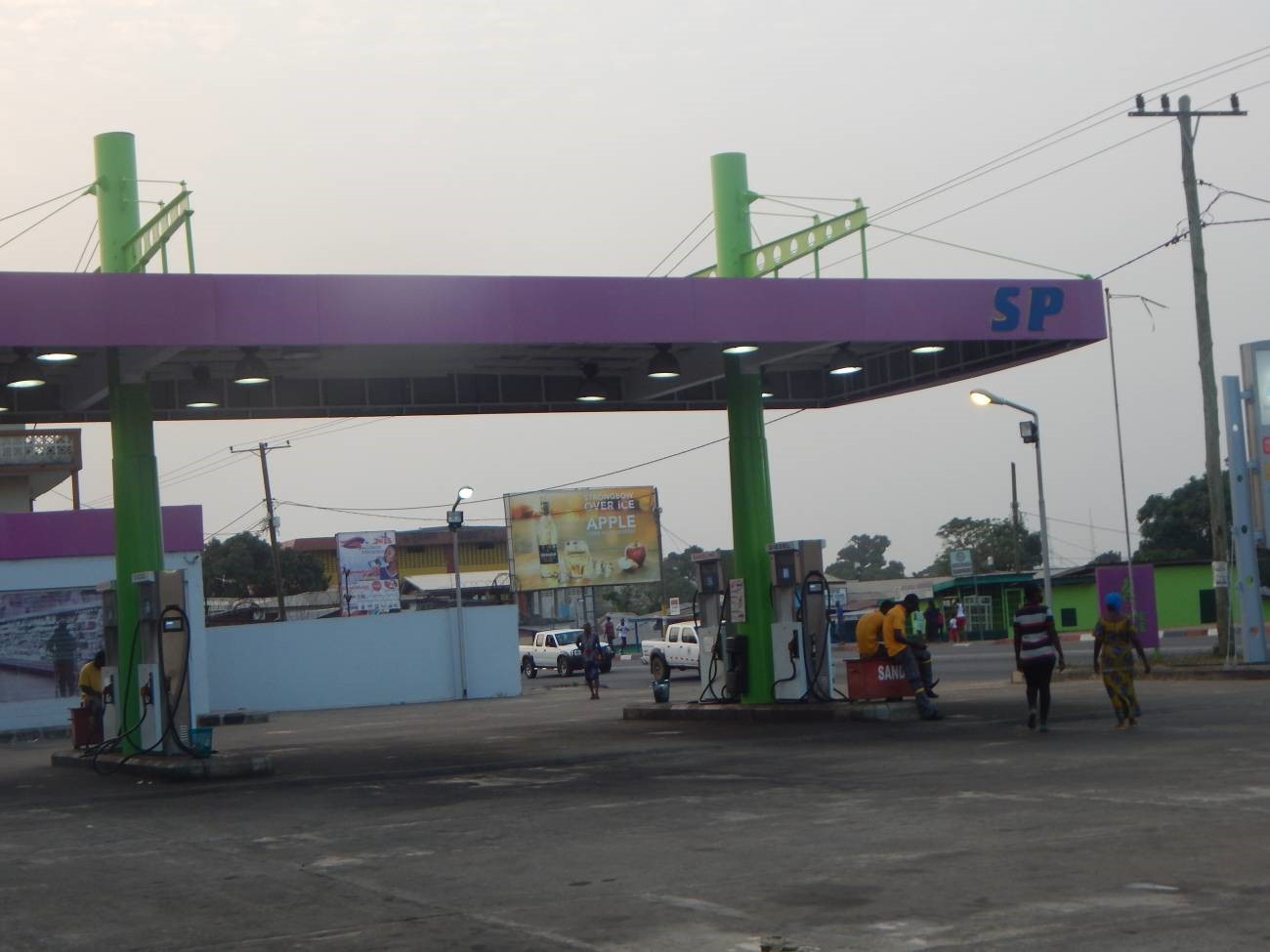 MONROVIA, Montserrado â€“ The Liberian government, through the Liberia Petroleum Refinery Corporation and Ministry of Commerce, has dropped the prices of gasoline and fuel oil on the local market by US$0.10.

The governmentâ€™s decision to drop the prices of petroleum products is based on the continuous decline in the price of crude oil on the international market.

The press statement also noted that the prices of gasoline and diesel fuel are lower in Liberia than those in the Mano River Union countries of Sierra Leone, Guinea, and the Ivory Coast.

LPRC in the statement called on all vendors of petroleum products to adhere to the latest reduction in the prices of the commodities as commerce inspectors would carefully monitor the approved ceiling to avoid arbitrary hikes in the pump prices on the local market.

Mamensie Kaba, a student of the African Methodist Episcopal University who welcomed the governmentâ€™s decision to reduce the price on the local market, told The Bush Chicken that the price change has yet to affect ordinary Liberians. â€œFor the many reductions Liberians have had in the price of petroleum products, it is ordinary Liberians who suffer in the end,â€ Kaba said.

She argued that the reduction should also affect public transportation fares in a poverty stricken country like Liberia.

Kaba said commercial taxi drivers overcharge passengers during rush hour when people are trying to either get to work or home on time. For his part, Ayouba Swaray, a member of the Center for the Exchange of Intellectual Opinions, said the reduction in the price of oil will not have any noticeable effect on ordinary Liberians because the transportation fare paid by Liberians before the reduction by the government has not changed.

â€œWe were paying L$70 from Broad Street to Bardnesville before the reduction, and commercial taxi drivers are still charging the same fare to cover the distance,â€ Swaray said.

He argued that the Ministry of Transport should change the various transportation fares. â€œEven if such is done, the ministry does not have in place any mechanism for price control to punish drivers who violate the governmentâ€™s decision,” he said.

â€œThe government must be very sincere to its people and stop pretending as if it cares about ordinary Liberians in these difficult times in the country,â€ Swaray said.

Aaron Morris, a commercial taxi driver who spoke to The Bush Chicken, said prices on gasoline and fuel are not fixed, adding â€œone moment the price is down and the other it is up.”

Morris said he would not reduce the transportation fare until the Ministry of Transport updated its list of fares.

He added, â€œThe government should also be trying to reduce the taxes on the importation of spare parts, instead of only focusing on reducing the price of gasoline and fuel.â€

A visit by The Bush Chicken to both an SP and Aminata pumping stations established that a gallon of gasoline is currently being sold for US$2.81 or LR$250 while a gallon of fuel is also sold for US$2.68 or LR$240. The Bush Chicken attempted to contact Samuel Barjibo, the Director of Press and Public Affairs at the Ministry of Transport, but he refused to make a comment on whether the Ministry would lower the fares in line with the decrease in petroleum prices.