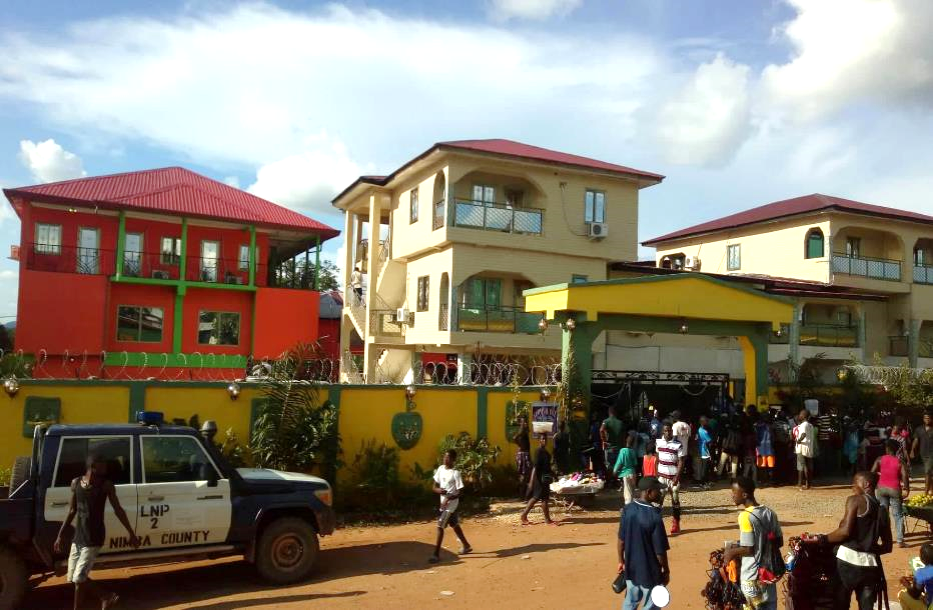 GANTA, Nimba â€“ Gantaâ€™s Alvino Hotel reopens after it was forced to terminate operations due to fire damages caused by an angry mob on September 30, 2015.

The hotel is owned and operated by Prince Howard, one of Nimbaâ€™s prominent entrepreneurs. It was among many properties belonging to Howard that suffered damages during rioting that resulted in the city being placed under a 72-hour curfew.

The riot was triggered by the death of a motorcyclist after Howard was accused of contracting the murderers to kill the victim for ritualistic purposes. However, after a month of investigation, the police reported that they found no evidence linking Howard to the crime.

During the hotelâ€™s reopening, Howard said the events of Sept. 30, 2015, motivated him to elevate his dreams. â€œWe were making great progress and people thought that we were becoming somehow differentâ€”maybe we wanted to go into politics, and we were making too much name in the community,â€ he said. â€œBut we only make name for the work we do in the community. For me, I believe that if you want to be the best man in your community, always do strange things that others have not doneâ€”you would have made the name before other people get there.â€

Howard said he began his business career immediately after the civil war. He started selling medical drugs on the street before establishing a drug store to provide upfront health service in the community.

â€œI gained the confidence to do it when I started to read the book called Where There Is No Doctor,â€ he added.

â€œLet me tell you one thing â€“ the world is running as fast as the speed of light, and for me, when I go out there, everything that I see, I want to copy it and bring them back home,â€ Howard said.

He called the new Alvino Hotel a symbol of modernity in Ganta.

â€œLook at the conference room here â€“ this is no different from what you see in China, where you use your wireless computer and get directly connected to the world,â€ he added.

The hotel is equipped with more than 50 bedrooms, a nightclub, bar, swimming pool, and conference hall. Cultural performances during the opening ceremony of Alvino Hotel on Sept. 22, 2018 in Ganta. Photo: Arrington Ballah