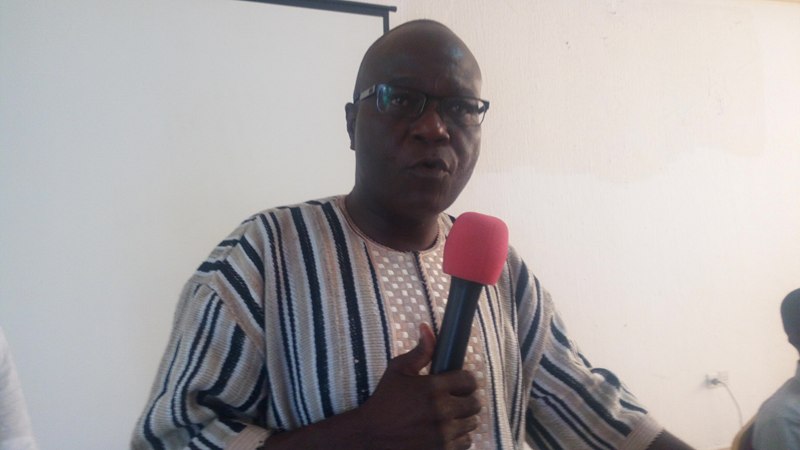 MONROVIA, Montserrado – The former Liberian ambassador to the United States, Canada and Mexico, Jeremiah C. Sulunteh, has resigned from the ruling Unity Party.

Prior to his appointment as ambassador in 2012, Sulunteh served as the party’s senior national vice chairman.

He also served during the first term of the Ellen Johnson Sirleaf administration in several ministerial positions including as the minister of transport, minister of labor, and minister of post and telecommunications.

In his resignation letter dated Feb. 15, Sulunteh said he resigned to have an “independent mind” in his future political endeavors.

At a press conference in Monrovia on Wednesday, Sulunteh thanked President Sirleaf for affording him the opportunity to support the Unity Party and the chance to serve his country.

Reflecting on his days with the party, Sulunteh revealed that he felt the party had always created artificial rifts between him and other sons of his native county, Bong, during elections. This compelled him to abandon this political ambitions in most instances.

“It can be recalled that during the 2011 general and presidential elections, when we declared our bid for the senatorial elections, the Unity Party created a situation as if Sulunteh and Ranney Jackson were fighting in Bong County,” Sulunteh said.

He said the party’s standard bearer asked him to abandon his senatorial bid to allow Jackson to run on the party’s ticket at the time.

“Again in 2014 during the special senatorial elections, when we positioned ourselves for the second time for the senatorial race, we were advised that it was in the best interest of our country to continue the good work with the American people in providing the much-needed support in the fight against the deadly Ebola Virus Disease,” Sulunteh added.

The former ambassador said that for the sake of the country, he again did not contest, something he termed as a “serious disappointment” for his supporters.

He said, now that the country is heading to the 2017 elections, there is again an artificial rift being created between him and the minister of Internal Affairs, Henrique Tokpa, for a possible vice presidential pick on the ticket of the Unity Party.

Sulunteh noted that for the sake of unity in Bong and in order to save the soul of the Unity Party, it was necessary to immediately withdraw his membership.

Amid speculations of his link with different political parties, Sulunteh did not say where he is headed politically.

Sulunteh said he needs time to reflect on where to settle down in terms of his politics.

It is increasingly rumored that Sulunteh might be a running mate to Alexander Cummings in the ensuing elections.

Sulunteh’s resignation marks the third senior partisan of the Unity Party to leave the party in less than a week.

This includes the managing director of the Forestry Development Authority, Harrison S. Karnwea, as well as Kadiker Rex Dahn, who resigned earlier this week and joined the Liberty Party of Cllr. Charles Walker Brumskine.

On the radio, political pundits have said that the exodus of senior members of the party ahead of a crucial 2017 political process is not a good sign for the political future of the Unity Party. Others have suggested that those leaving the party for other political parties are doing so in search of future success because they do not believe Unity Party will win the upcoming presidential election.