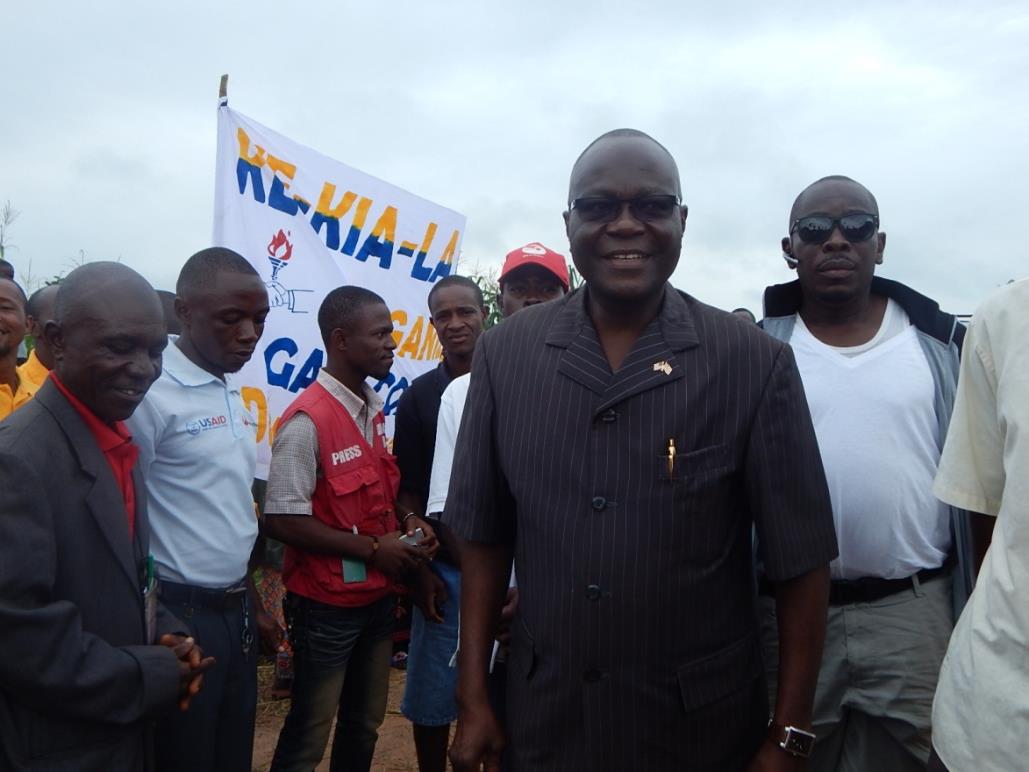 HARBEL, Margibi – Jeremiah Sulunteh has disclosed he will be a factor during next year’s presidential and representatives elections although he has not specified in what capacity.

Liberia’s ambassador to the United States, Canada, and Mexico made the statement on Saturday when he paid a visit to Division 29 in Margibi County, where he spent his early childhood while his father was a tapper with Firestone Rubber Plantation.

He said as a public servant, he has worked and acquired experiences in several areas including working in the classroom as a professor and in three of Liberia’s ministries without suspension or dismissal.

According to him, his clean record in public service is an example of what Liberia needs to develop.

He said he had gotten interested in continuing to persevere in serving the public in other capacities. “Man, by nature, is a perpetually wanting animal; [he’s] always looking for new challenges and opportunities,” he said.

He said being the ambassador in the United States has opened horizons, and he believes it is time to elevate his interest to serve in other areas. Sulunteh meeting with relatives in his childhood town near Firestone. Photo: Gbatemah Senah

Sulunteh challenged Firestone’s youth to use him as a mirror for their lives.

“I was once like you, and if I can be an ambassador today, you too can become greater in society,” he told them.

He said as ambassador in the US, he demonstrated high-level diplomacy in ensuring that Liberia can get back on the map among world nations. He added, “We have done that, and the people are proud of that. Even the people in the United States are happy with my performance, and the government is proud of that. We think we can take Liberia to another level.”

As he looks to transition beyond the ambassador post, Sulunteh recommended that his successor places more attention on Liberia’s foreign policies abroad.

He said pushing for greater participation at the world stage in matters of trade and regional and global peace should be an essential focus for the country’s next ambassador to the US.

“The next ambassador needs to push more for people to know that Liberia is not just at the receiving end but that we too can contribute to world peace and that we have proven to be a post-war success story in West Africa,” he said.

He wants Liberia to be seen as a model that other African countries can follow. Before being appointed as ambassador in 2012, Sulunteh had served in President Ellen Johnson Sirleaf’s government as Ministers of Transport, Labor, and Post and Telecommunications.

There are rumors that he would contest as running mate to Vice President Joseph Boakai in the 2017 elections.