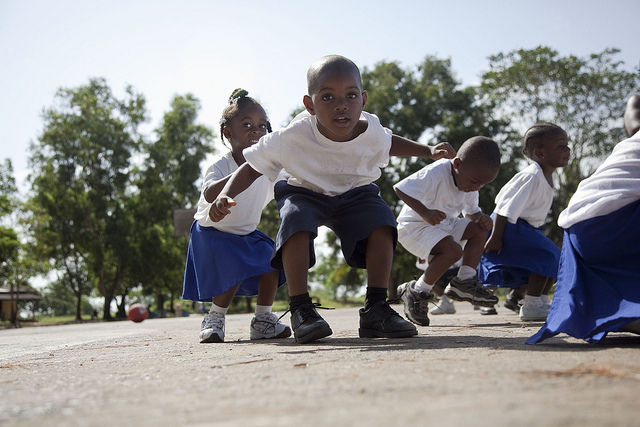 MONROVIA, Liberia – The African Methodist Episcopal University has launched its College of Education in Monrovia. AMEU President Joseph Isaac said the college was started in September and recruitment of students is currently ongoing.

The college emerged as part of a dream of the university’s board of trustees to respond to Liberia’s education needs. Isaac said the college would offer full degree programs in early childhood education, primary or elementary education, secondary education, and school counseling.

The college will initially begin with the early childhood education program.

“We decided to start with the early childhood education because we feel that, that is where the immediate needs are,” Isaac said. He said the program is important because recent surveys conducted by the Ministry of Education and other institutions have revealed that most of the students going to first grade are not prepared.

“They did not have the early childhood education experience, they did not attend kindergarten or pre-K,” Isaac added.

A majority of students starting first grade, he said, are kept home at younger ages by their parents. Others are out on the streets until they are then registered for the first grade without any history of formal learning.

He also disclosed that the Ministry of Education’s data on schools in the country shows that a majority of the students in the first grade are over-aged for the class. Instead of the recommendation for children to be three to four years old, students are typically seven to ten years old when they begin the first grade.

Isaac said the Ministry of Education is taking this situation very seriously and has begun to take actions to arrest it.

An example of such action is when the ministry recently trained some educators in early childhood education. Additionally, specialists from the ministry were also involved in the formulation of the curriculum for AMEU’s College of Education. Funding, however, will be a problem for the new college. The AMEU president said the university applied to the government of Liberia for a grant of US$400,000, but only US$50,000 was allocated in the current fiscal budget to support the education college.

Besides government grants, the university also plans to support the program through tuition and fees collected from students.

To provide students with hands-on experience, Isaac said the university has partnered with F.M. Reeds, an AME junior high school in Monrovia. As part of the partnership, AMEU will renovate the school’s child care center and utilize it as a learning laboratory for students of the university.

Isaac has also been establishing other partnerships meant to ensure that the academic program is well-grounded. He recently led a delegation of senior stakeholders of AMEU, including the Dean of the College of Education, on a visit to Obafemi Awolowo University, one of the largest universities in Nigeria.

“They have a very strong education college there, and they actually offer PhDs in education,” he said. “So we are going to explore possibilities for our faculty that will be teaching in the [Early Childhood Development] program.”

With these strides, Isaac has hopes that the education college will become one of the strongest colleges at the university, much like the College of Business, which currently has the highest enrollment at AME University.

Isaac said university authorities are looking at the curricula of several universities in the world including the University of South Africa, University of Georgia and Tubman University to create a blended approach and ensure that products of the college will be strong and globally competitive.

The Dean of the College of Education, Lurleen King Falla, said the college is currently recruiting both for its faculty and for students. For the faculty, they are targeting people trained specifically to teach at the preschool and primary education level. For prospective students, recruitment mobilizations are taking place in high schools around the country.

Falla said the first phase of the program will officially begin in January next year and will target at least thirty students.

“We’ve started the recruitment process,” Fallah said. “We’re talking to school administrators, and a lot of them are very interested after we have explained how the program is going to work and how it will improve their own settings.” Falla said the early childhood education program will focus on developing the motor skills of the young students. She said the program would also focus on helping to teach children to become good listeners, readers, and writers.

Another advantage of future teachers specializing in early childhood education is that it teaches them to respect children, Fallah added.

“It will teach them how to be more responsible and receptive to children,” she said.

She warned that teaching young children must not be taken lightly, because it is about forming a child’s life pattern.

Falla hoped that students enrolling and successfully completing the program will understand the fundamentals of early childhood, knowing that this period in a child’s life is the most important.

“Children, as they reach the age of five, have already formed their life pattern, so you who start to train the child from age zero to four should know that for the rest of his life, that child will follow that pattern,” she said.

AME University was founded in 1995. According to its record, the university has a current enrollment of more than three thousand students. It has had fifteen commencement convocations and graduated over six thousand students in several disciplines.