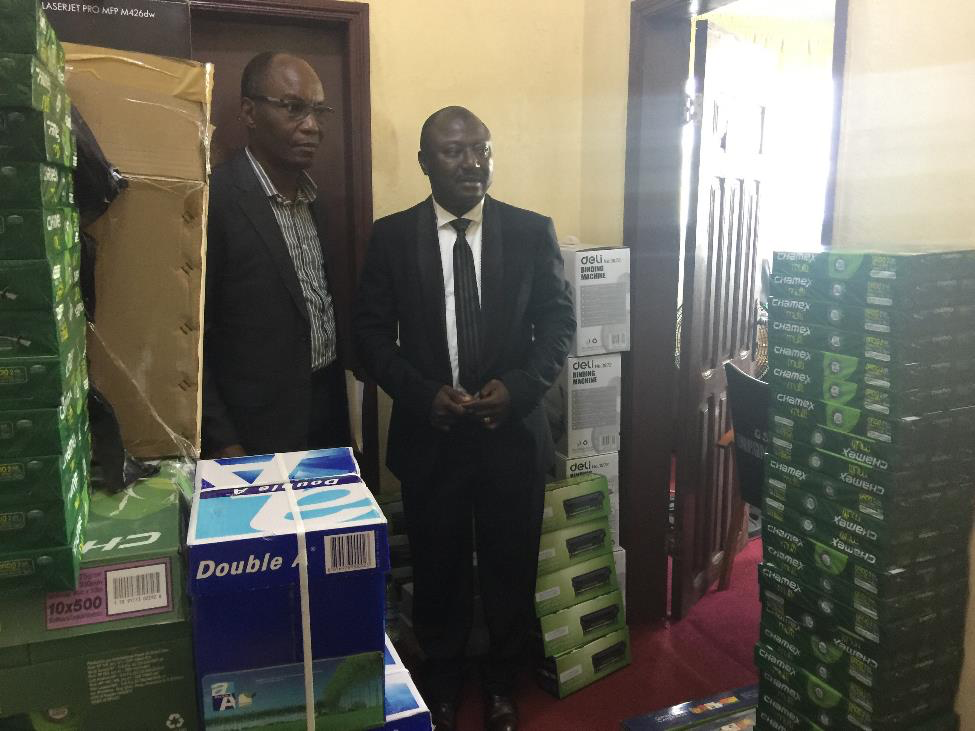 MONROVIA, Montserrado â€“ U.N. Womenâ€™s Liberia office has provided over US$7,000 worth of assorted office supplies to the Sexual and Gender-Based Violence Crimes Unit at the Ministry of Justice.

This donation was part of activities agreed upon by the U.N. and the Liberian government in response to sexual and gender-based violence and harmful traditional practices in Liberia. It is funded by the Swedish International Development Cooperation, also known as SIDA.

U.N. Womenâ€™s operations manager, Yawo Maglo, disclosed during the presentation at the Ministry of Justice on Tuesday that the initiative would help increase prosecutorial services for sexual and gender-based violence cases.

Maglo said violence against women and girls remains a serious and pervasive widespread violation of human rights across the world, with Liberia being no exception.

â€œIt is reported globally that one in every three women and girls experiences physical or sexual violence at some point in her life,â€ he said.

He said in Liberia, violence against women and girls is deeply entrenched in societyâ€™s social and cultural landscape, although it remains one of the least prosecuted crimes in the country.

He said the donation comes at a time when incidents of sexual violence against women and girls continue to escalate with 1,028 cases reported between January to June of 2018.

He said U.N. Women is concerned about the high number of cases and wonders why women and girls in Liberia continue to suffer violence while perpetrators walk-in impunity with no redress for victims and survivors.

â€œThis is a concern for everyone who may have a girl child, mother, sister or even a wife. This is very serious, and something must be done to reduce this number,â€ he said.

He recommended that a collected approach of all stakeholders remains the best way to address all forms of sexual and gender-based violence.

â€œPerpetrators must be brought to book and punished for the harm inflicted on babies, children, and girls in and out of schools,â€ Maglo said.

He reminded the unit of its critical role as the governmentâ€™s prosecutorial arm for SGBV cases.

â€œIt is our fervent hope that these supplies will strengthen your capacity to ensure the safety and protection of our girls and women as well as ensuring that perpetrators are brought before the court and prosecuted for crimes against women and girls,â€ he noted.

The head of the SGBV Crimes Unit, John A. A. Gabriel praised U.N. Women for the supplies and said they would help boost prosecution of SGBV cases, as the division has been badly in need.

According to Gabriel, there has been an increase in cases of rape because community dwellers have now learned to report rape and other abuses.

He, however, expressed discomfort that some individuals sometimes compromise rape cases and fail to realize that doing so is a crime against the state they can be prosecuted for.

He said for the August term of court, there were 48 convictions from cases. However, 32 of the cases were from Montserrado, while the remaining 16 were reported from other counties, amid the many challenges faced by the SGBV Crimes unit.

â€œOur duty is not only limited to prosecutions but also catering to the victims or survivors after the act has been committed,â€ he said.