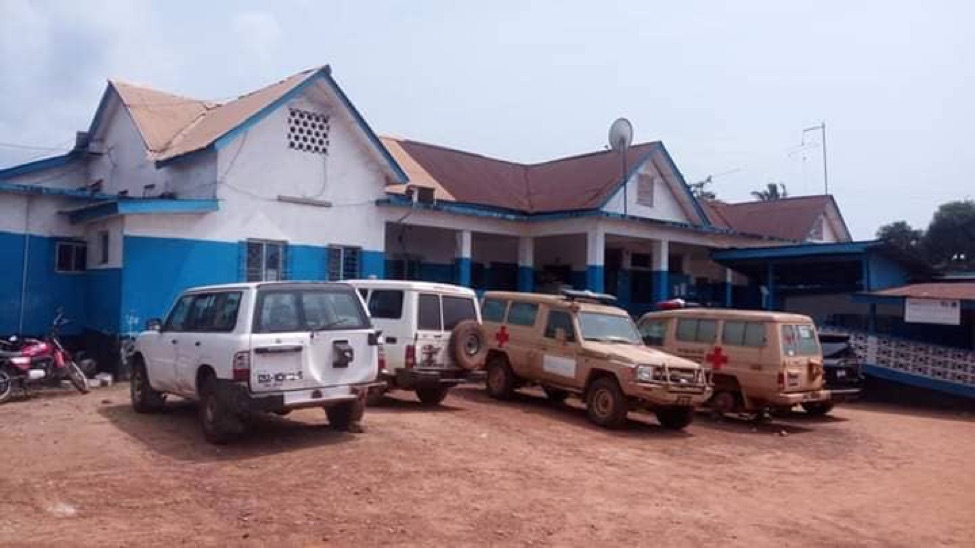 BUCHANAN, Grand Bassa â€“ Grand Bassa residents are one step closer to introducing fees for services at the Buchanan Government Hospital after they embraced a proposal from a committee formed to raise funds for the hospital.

The Save the Liberian Government Hospital Committee was set up to solicit support for the Buchanan Government Hospital and prevent it from closing down, amid limited government funding. On two occasions, it has raised and turned over millions of Liberians dollars to the hospitalâ€™s administration to purchase drugs, fuel, and other essential supplies.

At a meeting called by the committee and attended by a cross section of citizens over the weekend, participants overwhelmingly endorsed the proposal to start charging fees for services, contrary to a Ministry of Health policy that mandates free services at public health facilities. The hospital caters to over 250,000 people from Sinoe, River Cess and Grand Bassa. However, the meeting did not include citizens from other counties.

If the committeeâ€™s proposal were to be instituted, it would mean users of the hospital would be required to pay minimum fees for medication and other services, including laboratory diagnosis.

The committeeâ€™s co-chair, Jerry Garyeazohn, said Grand Bassa residents agreed with the decision to introduce fees for service at the only referral hospital in the county.

According to him, the government does not currently have the capacity to adequately run the hospital because of the existing financial challenges, as evidenced by the continuous lack of drugs, fuel, and stationeries in the facility. This situation necessitated the voluntary contributions residents have been making to support the operation of the hospital.

However, Garyeazohn fears that depending on voluntary contributions would leave the hospital vulnerable. He called for a more sustainable system that will keep the hospital operational.

â€œRecently, with the contributions of the citizens, we were able to give the hospital L$2.5 million. L$1 million for fuel and L$1.5 million went towards drugs. So, we thought it wise to see how we can sustain the hospital,â€ he said.

The proposed fees include L$75 (US$0.39) for registration, while children above five years would be charged L$50 (US$0.26). There would be no registration charges for pregnant women and children under five years of age. Moreover, patients would receive drugs at no cost, although laboratory fees would be an extra L$250 (US$1.31).

â€œSo, the money you will pay is what we will use to buy new medicine to keep the hospital running,â€ he said.

â€œThis free service system came into being during the war when we couldnâ€™t cater to ourselves. When I was born, we were paying money at the hospital, but now we are on our own – no NGOs, no UNMIL, everybody gone. Why canâ€™t [we] come back to our old status.â€

Following the meeting, the committee has written the countyâ€™s leaders to present the citizensâ€™ views on the proposal. The meeting, they said, will be followed by an official communication to the Ministry of Health for approval. The hospitalâ€™s management already supports the move.