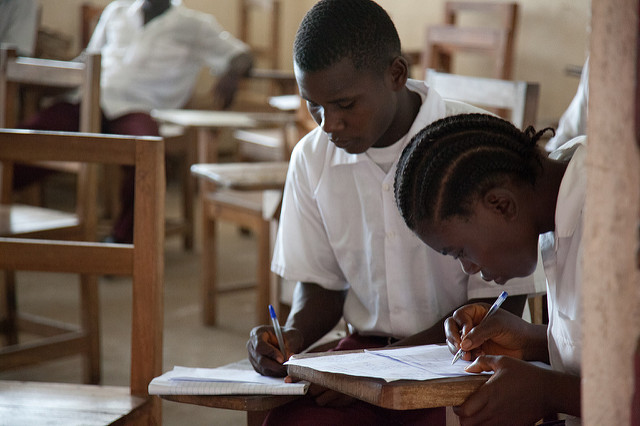 MONROVIA, Montserrado â€“ The Ministry of Education has announced the establishment of a committee to review the results of exams and analyze the poor performance by students.

The disclosure was made by the Ministry of Education in a statement issued on Thursday, September 8. The committee is expected to provide its findings within a period of 90 days.

â€œThough this review follows the release of the May 2016 examination results, it has a wider scope: to analyze the performance of Liberian students in national examinations, including specifically the challenges, risks and integrity issues associated with all that goes into preparation for and the administration of public exams in Liberia,â€ the statement read.

The ministry said the committee would have a membership of educational stakeholders, experts, and civil society representatives. Its recommendations would be used by Education Minister George Werner in possibly dealing with the poor performance of students.

The president of Stella Maris Polytechnic, Mary Laurene Browne, and the dean of the Louis Arthur Grimes School of Law at the University of Liberia, T. Negbalee Warner, have been named as co-chairs.

The executive director of Liberiaâ€™s Public Procurement and Concessions Commissions, James Dorbor Jallah; a representative of the Ministry of Education, David Baysah; Anthony Henry of Internal Audit Agency; and Stevenson Seidi of UNESCO would serve as members.

Liberia National Student Union President, Varney Jarsey; the president of the Press Union of Liberia, K. Abdullah Kamara; and Thomas Nah, of the Center for Transparency and Accountability in Liberia, would also be members of the committee.

Though the committee would be autonomous, it is expected to consult with educational authorities, including the Ministry of Education, the West African Examinations Commission, and other partners and agencies of government.

Because of the role WAEC plays in administering the exams, WAEC is also expected to provide the committee with full reports on the administration of exams including data on studentsâ€™ performance for at least the period between 2006 and 2016.

The ministry also tasked the committee with seeking public opinion to provide guidance.

In the last exams conducted by WAEC in June this year for senior high school students, only 34 percent of the 46,927 students who registered passed. This, and other past results of public exams, both in WAEC and in university entrance exams, have revealed a dismal performance by Liberian students.

President Ellen Johnson Sirleaf in 2013 described the countryâ€™s education system as â€œa messâ€ when more than 25,000 candidates failed to pass the University of Liberia’s entrance exam.

Meanwhile, the director of the Liberia Institute for the Promotion of Academic Excellence, Benjamin Freeman, Jr., has welcomed the establishment of the committee.

â€œI wholeheartedly welcome it because over the years we have been so engaged with the failures of students than the reasons why they were not passing,â€ Freeman said.

He said research conducted by his organization in 2011 and 2012 showed that students had little knowledge on how to take the tests.

He said his organization also found the failure of teachers to complete WAEC syllables during instructional periods as a key cause of poor performance in the exams. The research was conducted in Montserrado, Bong, and Gbarpolu.

Focusing on empirical evidence, Freeman said the research analyzed the challenges associated with poor performance of students in WAEC exams.

He said a divergence between the Ministry of Education’s curriculum and materials tested by WAEC was another major contributing factor.

â€œSome key topics in the WAEC syllabus are left out by the curriculum,â€ he said.

He said the guideÂ was presented to the then-minister of education, Etmonia David Tarpeh. â€œThe guide was accepted to be used in Liberian schools,â€ he said.

According to him, efforts to mass produce the guides were not fruitful due to a leadership transition at the ministry.

However, Freeman said his group and its partners printed about 3,000 copies and pilotedÂ a program in 12 schools in Montserrado, resulting in 74 percent of those 1,690 students passing the last senior high WAEC exams.

He said he hopes Wernerâ€™s administration and the committee can also consider the analysis his organization has provided in its review.