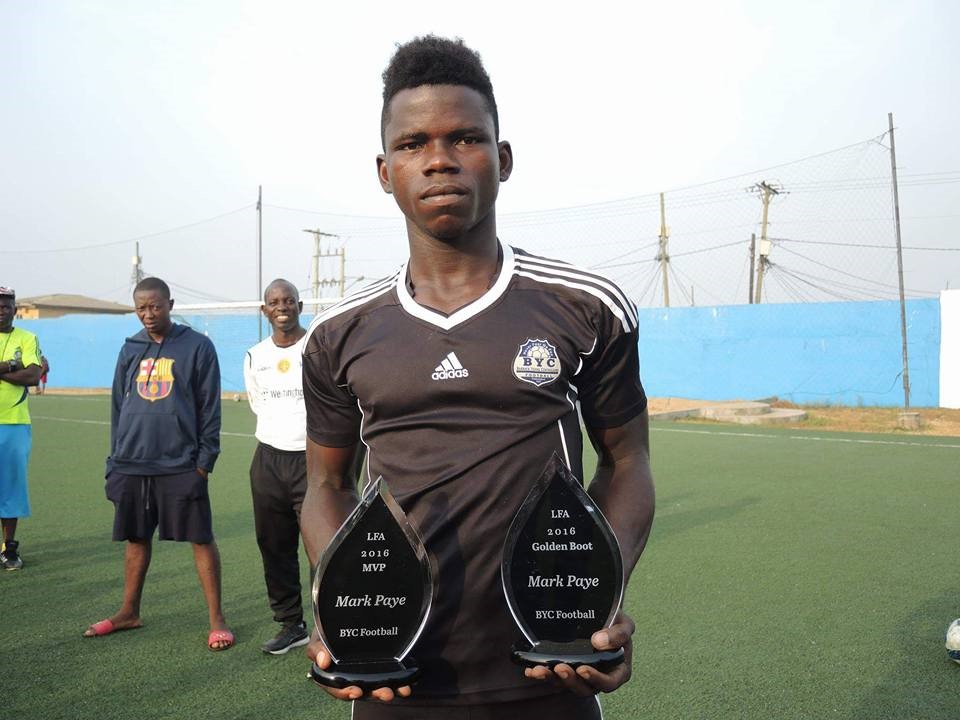 MONROVIA, Montserrado â€“ With the opening date of the 2017-18 season still unknown, the Paynesville-based Watanga Football Club has started early preparations to compete for titles.

Believed to have been bought by foreign investors, Watanga finished sixth on the league table with 35 points from 22 games, and will be hoping for a better position next season and to compete for the FA Cup.

In a bid to be competitive next season, the club has expressed interest in the top scorer from the 2015-16 first division league, Mark Paye. Payeâ€™s current contract with Barrack Young Controllers has expired and Watanga is desperate to bring in the goal puncher to replace Chauncy Freeman, who is a possible target for 2016-17 double champions, LISCR Football Club.

In an interview with The Bush Chicken, Paye said heâ€™s unaware of Watangaâ€™s interest as club officials have not yet contacted him but he did not rule out a move to the Paynesville club if the right offer is made.

â€œMaybe they are planning to do it, but nobody has reached me on any transfer discussion,â€ Paye said. â€œYou know every footballer wants to sign for a good team with the rightful offer. Watanga is good team and any offer that will give me the opportunity to move abroad wonâ€™t be turned down.â€

While hoping for a possible transfer of Mark Paye, it is rumored that Watanga also wants to bring in Saydee, who is good at attacking.