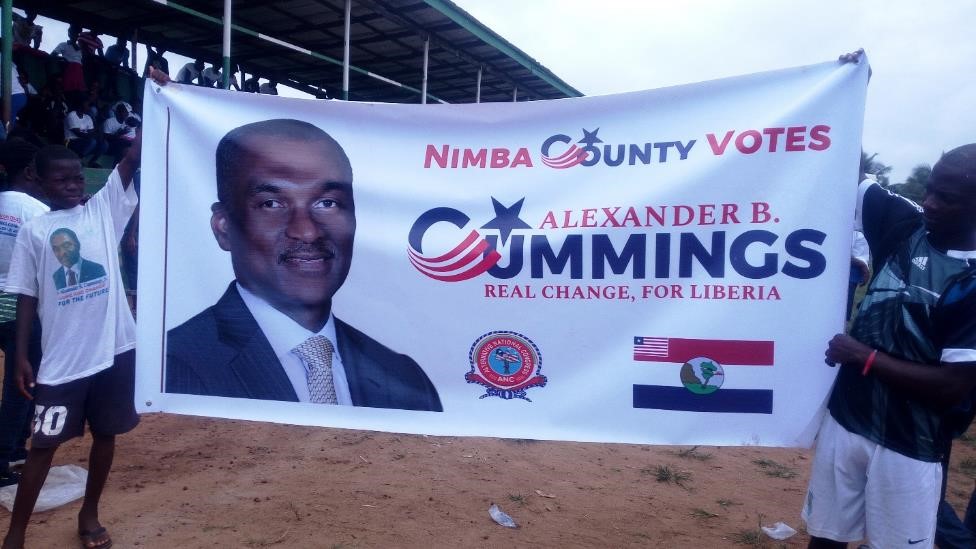 GANTA, Nimba â€“ Although the National Elections Commission declared the campaign season open on July 31, Nimba has not seen much activities.

Unlike in Monrovia, where political parties were on display around the city on the first day of the campaign, little has been seen in the countryâ€™s second most populous county.

A few motorbikes and vehicles belonging to political institutions are often seen moving about the streets, carrying their respective partiesâ€™ emblems and stickers â€“ like what was seen before campaigning was declared open. In fact, there seems to have been more campaigning before the official declaration of the season.

In some parts of the city, a few placards of the ruling Unity Party and Liberty Party are visible, mostly on the shops and businesses of individuals believed to be members of those respective parties. A Coalition for Democratic Change vehicle assigned to Nimba has been seen branded with the photos of George Weah and Jewel Howard Taylor.

However, the Alternative National Congress announced its presence in Ganta on Saturday, August 5, officially launching the start of campaign activities in the county. The partyâ€™s launch was the first of a political party or candidate in Nimba since campaign season was officially announced as open.

ANC partisans marched through the streets of Ganta, beginning from the partyâ€™s local office in Christian Community and proceeding to the Ganta Sports Field, where a formal program was held. â€œI am overly impressed about the success of this program today,â€ Watson Yarnue, chairman of ANCâ€™s Nimba chapter, told the press after the ceremony. â€œI am impressed in the sense that in the absence of our political leader, Alexander Cummings; in the absence of our vice presidential candidate, in person of Amb. Jeremiah Sulunteh; and in the absence of all of our National executive committee members, the people of Nimba turned out in their numbers.â€

Judging from the attendance at the program, Yarnue said it indicates that â€œour people, the Liberians, and Nimbaians are ready for changeâ€ because they did not need the heads of the party to have a large turnout.

ANCâ€™s national campaign launch was officially conducted in Maryland, the homeland of the partyâ€™s standard bearer. The party officials all assembled in Harper, Maryland for the ceremony. Similar exercises were also conducted for the party in the rest of the counties.

According to Yarnue, Saturdayâ€™s activities was a prelude to what the party plans to do in Nimba upon the arrival of their political candidates. He said Cummings was expected to be in Nimba on August 12, where he would spend nine days.

â€œWe are going to hold six bigger rallies in the six biggest cities in Nimba and nine town hall meetings in all the nine electoral districts in Nimba,â€ he added.

Yarnue further noted that Cummings and the Alternative National Congress are fully prepared to conduct a â€œvigorous campaignâ€ throughout the political landscape of Liberia.