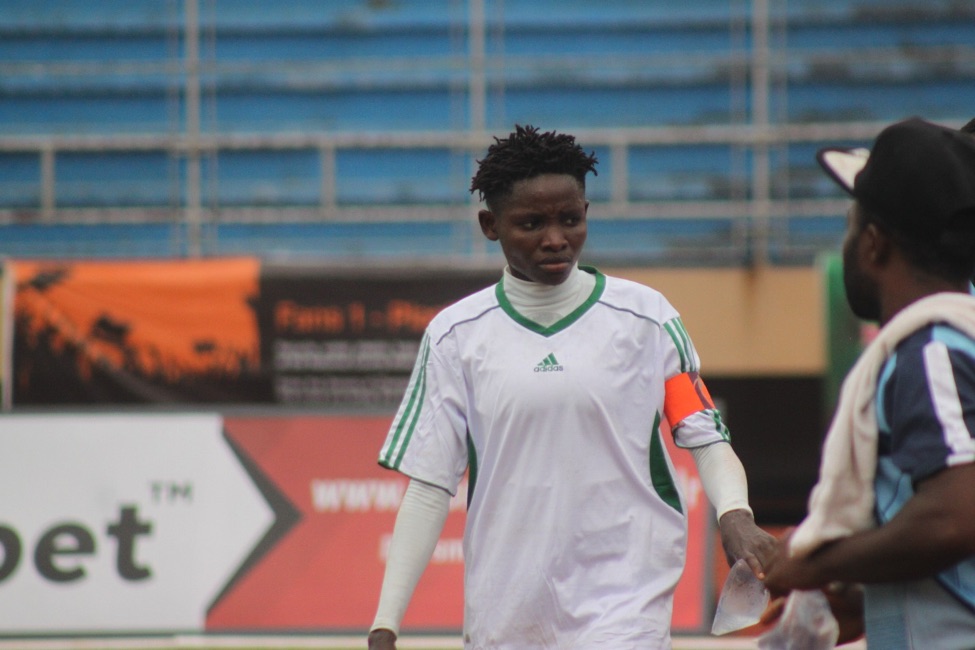 PAYNESVILLE, Montserrado- For the first time in the history of the National County Sports Meet, female football is being played and Lofa County star player, Angeline Kieh wants her team to make history by winning the championship.

Lofa already got their name in the history book when they became the first county to win a game in the female football category of the annual competition.

Lofa girls beat Margibi 4-0 to advance to the final which they’ll play against Nimba County that won Bomi 4-0.

Angeline who scored once in Lofa’s historic win said, they are excited about reaching the final but remain hungry as a team because the championship is their primary target. She told the Bush Chicken that her team is aware of the task ahead but they were ready to defeat Nimba and make history.

“We are ready 100%. It’s going to be a tough one but we will try very hard to get the victory. We need [to make] history so we have to fight very hard to make the history,” she said.