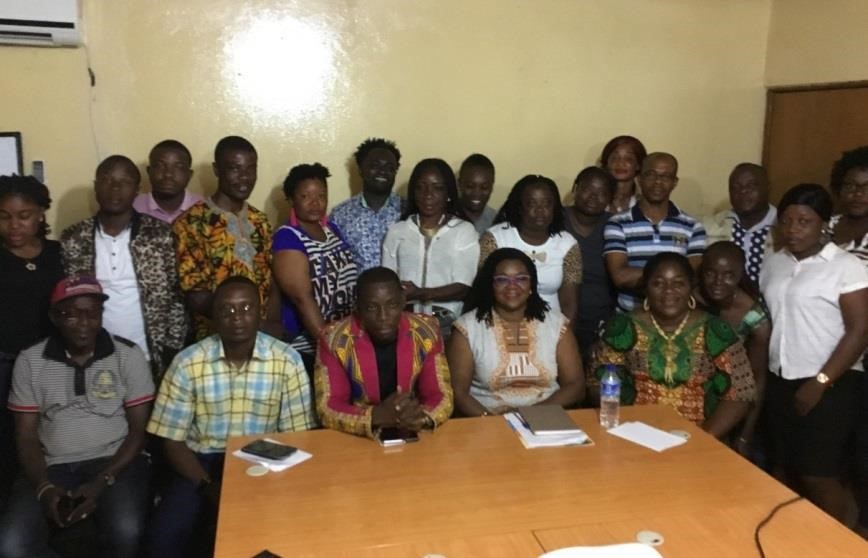 MONROVIA, Montserrado â€“ The Liberia Anti-AIDS Media Network has launched a campaign aimed at reducing social stigma and discrimination against people living with HIV/AIDS and other sexual minority groups.

The campaign was launched in Monrovia with support from the American Jewish World Service. It will strengthen discussions among stakeholders to support Liberiaâ€™s HIV scale-up programs, using Sexual and Reproductive Health and Rights or SRHR, through awareness as a driving force.

He said the campaign seeks to improve collaboration between media and civil society organizations to enable members of marginalized populations to have access to health care services without being stigmatized.

The launch of the campaign coincided with the training of 20 journalists and civil society members working to promote sexual reproductive health and rights.

â€œOther countries are making greater progress because they have less stigma and less discrimination related to HIV and AIDS,â€ Chipimo said. â€œThey are supporting family members living with HIV.â€

She said stigma emanates from fear, and she stressed the need for people living with HIV to be supported, as such would prevent more new infections. She also called on Liberians to extend their efforts beyond stigma and discrimination to embrace acceptance to achieve the 90-90-90 goal by the year 2020.

â€˜â€™If stigma and discrimination are not taken seriously people will not go for test. They will not get treatment, so the virus will multiply, and they will die. Whereas when you actually get treatment you are fine and you will live a normal healthy life and possibly you may not pass on the virus to another person,â€ she further noted.

â€œThere are few institutions in the country that help to set the agenda of public opinions and the media is one. The other institution is the church or religious institutions. They can contribute greatly in changing peopleâ€™s behaviors regarding key populations having access to health,â€ he said.

â€œOne of the things I have come to realize is that when people hear about LGBT, or transgender or [men who have sex with men], the first thing that comes to mind is the act and not the person. They donâ€™t see the person, so, they stigmatize and discriminate.â€

At the same time, Press Union of Liberiaâ€™s vice president, Octavin Williams, thanked members of the Anti-AIDS Media Network for pledging their support to serve humanity.

Williams challenged members of the network to investigate and expose people, especially healthcare practitioners, who breach their medical oath by disclosing patientsâ€™ health history in public.